Supporting LGBTQ in the Ultra-Orthodox Community 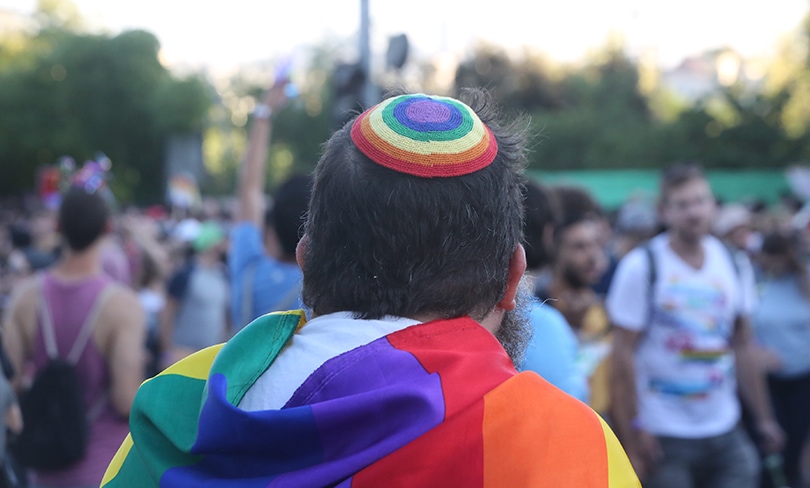 Since its inception, New Israel Fund Canada and Shatil have played a key role in advancing LGBTQ rights in Israel. We see LGBTQ rights as integral to the fight for human rights, democracy, and social justice in Israel.

Over the past year, reports of homophobia in Israel surged as Israelis were locked down time and time again during COVID-19 lockdowns. Shatil intensified its work with religious LGBTQ organizations to help them work together and influence the discourse among the religious public. Shatil’s work to foster cooperation and coordination among these organizations is already paying off in tangible ways.

Earlier this year, the Social Equality Ministry announced that it would allocate $3.1 million (NIS 10 million) to local governments to establish centers and develop programs for the LGBTQ community, such as counseling for LGBTQ families, establishing support groups, aiding elderly gay people, and helping members of the transgender community find employment. This includes around $250,000 the ministry has allocated to Bat Kol’s programs for Orthodox LGBTQs. The Aguda – The Association for LGBTQ Equality in Israel, remarked that this was the first time the government allocated dedicated funds to local governments for services to the LGBTQ community (with the exception of funds that employed social workers who specialized in working with this community.)

Shatil’s religious freedom coordinator, Brit Yakobi, is also working closely with the NIF-funded global network, New Haredim, and three orthodox LGBTQ organizations – Bat Kol, Havruta, and Shoval – developing projects to promote greater tolerance for LGBTQ individuals within religious and in particular Haredi communities. With Shatil’s guidance, the organizations are establishing support groups for the Haredi LGBTQ community and creating training and educational activities for members of ultra-Orthodox communities to promote greater tolerance. This effort has been bolstered by a recent $30,000 grant from the NIF global network.

In Israel, Haredim, or ultra-Orthodox Jews, make up roughly 11% of the population. Even in 2021, same-sex relationships are forbidden within the mainstream Haredi society, and there is widespread ignorance about LGBTQ life. The use of conversion therapies remains prevalent, which can include forced hospitalizations and psychiatric medications. But this is perhaps beginning to change, thanks to the inspiring work of religious LGBTQ organizations.

Brit notes that “all these organizations working to bring change within religious Israeli society are being led by young activists who come from within the community.” Their lack of prior civil society experience means Shatil’s support is critical. Brit emphasizes the importance of working with these relatively new groups to establish and grow their respective organizations, help them find ways to collaborate and consolidate resources, and foster leadership skills.

Brit is heartened by the burgeoning cooperation between the groups. “It’s helped them access resources and, I think, will allow them to take advantage of the opportunities afforded by Israel’s new government.”