Director’s Report: What we’ve learned about this new government 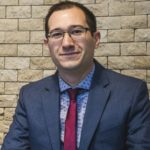 I am still high from the thought-provoking conversations we had during last week’s Shira Herzog Symposium. I was thrilled that 320 people joined Peter Beinart and two of our Featured Activists. And what incredible conversations happened in the chat between attendees too.

We heard from our speakers that Israel remains in a pivotal place: the Israeli government balances precariously between its right- and left-leaning members.

On the one hand, we can see right now that our funded partners are winning some incredible victories:

These victories demonstrate the power of coalitions nurtured by Shatil and collaboration between NIF grantees over the past decade. Some doors in the new government are now open – and Israeli civil society is finally being heard.

On the other hand, the past few weeks also saw highly upsetting events and our funded partners continue to push on closed doors:

Regardless of the government in power, NIFC will empower progressive Israelis to improve the lives of all Israelis and all those under Israel’s responsibility. Though, let’s be honest, it’s way better to have friends in government.