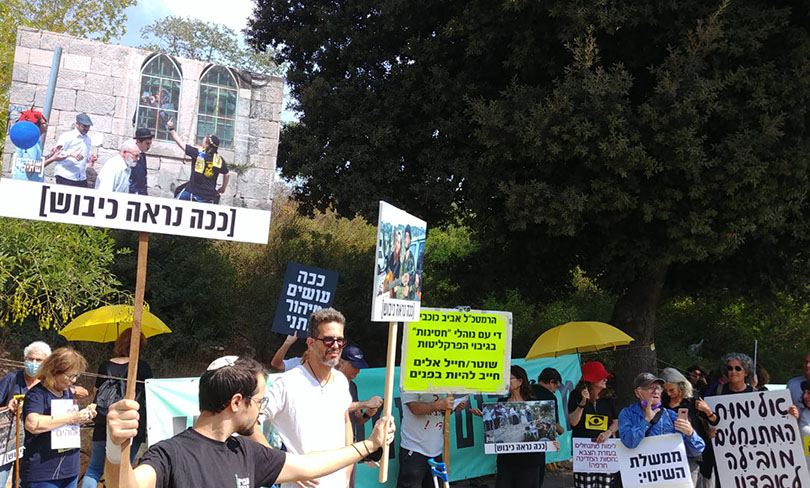 The Knesset Foreign Affairs and Defense Committee convened last week to discuss growing violence against Palestinians by Jewish extremists in the West Bank. However, NIFC project partner Breaking the SIlence, as well as Yesh Din: Volunteers for Human Rights, who were invited to address the committee on the issue, reported that they were not allowed to speak or present their findings.

Senior officers from both Israel Police and the Israel Defense Forces were given extensive time to present their data, which showed that 189 Palestinians in the West Bank and only 22 Jews were arrested for “disturbances” in the last year. Israel Police admitted that in many cases, they arrested Palestinians participating in protests or demonstrations, not because they had committed any act of violence. The police added that they had opened 242 investigations against Palestinians compared to just 115 against Jews.

Figures from Israel’s security forces also showed records of Israeli settlers committing 416 acts of nationalist violence against Palestinians in the West Bank during the first half of 2021 alone, a figure higher than in the entirety of 2019. These acts of violence do not include those perpetrated by Jewish settlers against Israeli forces. For example, Haaretz reported that earlier this month Jewish settlers attacked border police who stopped them from erecting tents on Palestinian land.

The data that Yesh Din had planned to report to the Knesset Foreign Affairs and Defense Committee (had they been allowed) showed that, over the past three years, the organization has documented 500 cases of Jewish settler violence against Palestinians. In only 238 of these cases did the Palestinians choose to file a complaint to the police with assistance from Yesh Din. Only 5% of the cases led to indictments, while another 53 cases are still under investigation. The police failed to investigate 85% of the cases, with the investigators not locating the suspects or collecting evidence.

Yesh Din said, “More and more Palestinians are choosing not to file a complaint with the police, mainly because they don’t believe in the system and do not believe that anyone will do anything. Some of them are also afraid that the system will take revenge on them, and that the army or settlers will attack them, that the Shin Bet and the army will deny them entry permits, work, etc.”