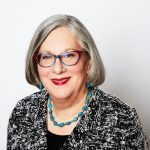 What stands out most boldly in recent news from Israel? The courageous opposition of so many diverse women to the perilous directions of Bibi’s sixth government. On January 14, a sea of schoolgirls, young professionals and feisty veteran activists huddled beneath their umbrellas in Habima Square in Tel Aviv, joining a sustained pushback by tens of thousands of irate citizens against the Justice Minister’s blueprint to destroy Israeli democracy. Yariv Levin’s proposals would weaken the judicial review powers of the Israeli Supreme Court, allow the Knesset to overturn court decisions with a simple one-vote majority, politicize the selection of judges and eliminate arms-length professional legal advisors to the cabinet.

These directions form part of a larger set of deals Netanyahu made to patch together his own Likud Party with ultra-nationalist and ultra-Orthodox interests. Bibi’s latest coalition stitch-up also promises to widen the powers of Haredi rabbinical courts in civil matters, expand the country’s gender segregated spaces and offer ultra-Orthodox applicants far greater access to civil service positions.

Together with enraged citizens across the country, NIF partners as well as leaders of Israel’s embattled judicial and political structures have taken principled stands against Levin’s scheme to end judicial independence and create an entirely unchecked political executive. What we’re witnessing daily is a concerted pushback, a merging of vibrant civil society or outsider voices with outraged institutional or insider protest. The champions from both camps are brave women who recognize basic democratic rights are at stake, and are prepared to speak out. Their efforts deserve not just our awe and respect but, above all, our confidence and support.

It’s important to bear witness to the interventions of the Association for Civil Rights in Israel executive director Noa Sattath, an ordained Reform rabbi, who portrays what’s going on as “devastating.” She underlines the threats posed by a weakening of the judiciary to the fabric of Israeli democracy, particularly to the rights of sexual orientation minorities and Palestinians. Many of NIF’s other partners on the ground in Israel make a similarly compelling case against the sweeping changes proposed by the justice minister.

What’s most remarkable about responses to Levin’s plan? Some of the harshest criticism has come from very unlikely sources. In a public address, the chief justice of Israel’s Supreme Court, Esther Hayut, portrayed Levin’s intentions as a “fatal blow” to the democratic identity of the country.

Attorney General Gali Baharav-Miara, the first woman in Israel’s history to hold the position, cautioned in a conference speech that “majority rule is not enough in order to guarantee freedom and equality for all. Majority rule without systems that balance the power of the majority are not in essence democracies.”

Tzipi Livni, a former justice minister with a long history in the Likud Party, spoke candidly as the featured speaker at the Habima Square protest. Livni condemned Levin’s proposal, saying the government had in effect “launched a war against Israel’s democratic institutions.”

What’s extraordinary about these statements? Their origins are anything but radical. Hayut has taken conservative positions on issues including permitting the demolition of homes belonging to Palestinian militants. Nominated to her post by former justice minister Gideon Sa’ar, himself a former Likud lawmaker, Baharav-Miara led efforts by the Tel Aviv state prosecutor’s office to reject compensation claims filed by Palestinians living under Israeli occupation. Prior to her own extensive career as a Likud legislator and cabinet minister, Tzipi Livni’s father was a long-serving Likud member of the Knesset.

What all three of these institutional players share is acute sensitivity to the consequences of a weakened legal system. Removing checks and balances on any Western country’s political executive leaves little more than a hollowed-out procedural democracy based on occasional elections, in which leaders govern based on claims to represent the will of constituents who helped them secure what could be a razor-slim parliamentary majority.

The potential for tyranny is particularly strong in countries whose top leaders face multiple criminal indictments, like Netanyahu, or hold criminal records, like Shas Party leader and Netanyahu coalition partner Aryeh Deri. These decision-makers have obvious reasons to attack, weaken and effectively eliminate the judicial institutions that hold their behaviour to account.

Even worse for women’s rights, LGBTQ, Palestinian, pro-peace and other critical interests in contemporary Israel is the reality that Haredi and ultra-nationalist interests tend to deny fundamental human freedoms except for themselves. In pre-state Israel, these streams were at the forefront of opposing women’s enfranchisement. In our times, Knesset members from the Religious Zionism party in Bibi’s coalition have applauded a partnership agreement whereby the new government will weaken anti-discrimination laws so that, for instance, physicians as well as hotel owners would be able to refuse service to individuals and groups based on the religious beliefs of the service provider.

These are scary plans, not just for NIF partners and their visions of justice, democracy and equality. The intentions of Bibi’s governing partners would take us back to a pre-French Revolution, pre-Enlightenment age without women judges, women lawyers or women political leaders – even conservative ones.

In short, the judicial plans of Israel’s new government are not only antithetical to democratic norms in general. They are particularly hostile and hazardous for members of groups whose well-being rests outside the Haredi and ultra-nationalist worldviews.

Progressives in the NIF community recognize that many more dangers lurk in the details of Bibi’s latest coalition deal. For the moment, however, we need to salute the audacity of so many varied women inside Israel. Brava to our sisters for their daring chutzpah!

Sylvia Bashevkin is a professor emerita in the Department of Political Science at the University of Toronto and a member of NIFC’s advisory council.