Why I will match your donation immediately 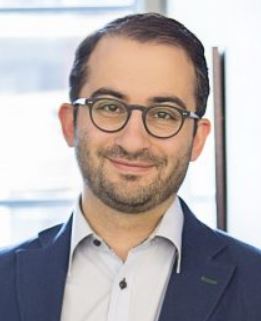 I’m going to tell you why I’m helping to DOUBLE your increased donation to the New Israel Fund of Canada before December 31st.

My first reaction after witnessing the election of Kahanists to the Knesset was abject horror and disgust. These are racist, homophobic, anti-democratic extremists who are now kingmakers of Benjamin Netanyahu’s likely government.

My second reaction was to immediately send an email to the New Israel Fund of Canada in order to find out what we could do to stand up for human rights, substantive and meaningful equality, and an open and pluralistic society for everyone who lives in Israel, regardless of their race, religion, religious denomination, gender, sexual orientation, or any other personal characteristic.

I may be just 36 years old, but my journey to the New Israel Fund began when I was young.

In university I was the kind of proud Israel advocate who was certain that any criticism of Israel was unjustified and antisemitic. However, I took a trip to an unrecognized Bedouin village in the Negev that opened my eyes to inequality and racism in Israel. After many challenging conversations with friends and family, I realized that my blind support was not doing anyone any good.

As a lawyer for Indigenous people in Canada, I have come to understand the importance of civil society in pushing our governments to match our values, especially when that government claims to speak in our name. These are the same values that led me to become a donor to NIFC and to proudly serve on its board.

So when I saw last month’s election results, I knew that our friends at NIF would know how to effect change and make a difference on the ground in Israel, because they’ve been doing it for 40 years.

That’s why my friends and I are matching EACH INCREASED DOLLAR of your own gift up to $30,000. Click here to donate right now.

I don’t know about you, but the silence so far from the Canadian Jewish community organizations — who are usually the loudest when something threatens Israel — has been noticeable these past few weeks. With Israeli democracy facing an existential threat from within, now is precisely the time for us to speak up.

At a time when many Canadian Jews, especially Canadian Jews my age, are simply abandoning Zionism as beyond saving, I believe that the idea of Israel is worth working for: a pluralistic society which exemplifies our community’s best virtues, and models the lessons learned from our deepest sorrows.

That’s why donating to the New Israel Fund gives me such joy. I know that my funds are helping refugees make homes in Israel; building bridges between Reform, Conservative, and Orthodox Jews; finding common values in city-building for Jewish and Arab residents of Jerusalem; defending human rights for Palestinians in the West Bank; and creating equal opportunities for women.

These are the values I stand for.

These are the values my Judaism stands for.

Please join me right now and we will match every dollar of your increased gift up to $30,000! Stand with me for democracy and equality in Israel — and against racism, homophobia, and extremism.