What we mean when we say “Democracy” 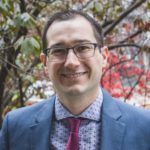 As we analyze the initial results of the Israeli and American elections, I am uplifted and also still troubled. Democracy isn’t something that I take for granted anymore.

We are lucky in Canada to live in a place where our votes matter, our courts are independent, our media strong, and a plethora of civil society groups are active. Pluralism rules in the public sphere. Politically-motivated violence is blessedly rare.

But looking around the world, we shouldn’t be too sanctimonious.

Nearly every democracy today is facing populist movements, some of which are directly challenging bedrock democratic protections: a free media, an independent court, separation of powers, and vibrant civil society. We see it happening in Turkey, Poland, and Hungary. We also see populism in the United Kingdom, the United States, and maybe even here in Canada.

In Israel, related trends have accelerated over the past decade. What began as heated rhetoric against human rights NGOs or “the media,” has today become almost monthly legislative efforts by Israel’s ruling parties.

The headline-grabbing example of this is the egregious “Nation-State Law,” passed this summer by a razor-thin majority. But it isn’t the only example. Just within the past few days the Israeli cabinet has advanced a new “court override bill” to allow it to reject Supreme Court rulings on the rights of asylum seekers.

To get a sense of the magnitude of what Israeli democracy is facing, simply look at the 24-page report last month detailing the slate of anti-democratic legislation currently pending before the Knesset. Published by our long-time legal partner, the Association for Civil Rights in Israel (ACRI), this hefty report is worrisome. Just the section headers are eyebrow-raising: legislation to harm the status of Arab citizens, to restrict the authority of the Supreme Court, to infringe the freedom of expression, and to “harm the gatekeepers of democracy.”

But naysayers in Israel and Canada often poo-poo the threat of these initiatives, saying that Israel is and will always remain democratic. They argue, “Isn’t it the case that these bills are watered down before they pass? Aren’t Israel’s vibrant media, NGOs, and voters highly active in such moments? Isn’t democracy about the right to vote, which Israel will never give away?”

A recent column by New York Times journalists Max Fisher and Amanda Taub dealt with this topic in explaining their coverage of Israel’s Nation-State Law:

“When we wrote about Israelis curbing their own democracy in order to maintain majority Jewish rule and a firmly Jewish national identity, some pointed out, we were really talking about threats to liberalism,” Fisher and Taub explained. “And that’s a mistake that we — not just us individually, but Americans, maybe Westerners more broadly — make all the time, treating liberalism and democracy as the same thing. But they’re not.”

“We also think of freedoms — of speech, of the press, of religion, and so on — as essential elements of democracy. But those things are not democracy, per se. They are components of liberalism. We often confuse the two because we see the one as essential for the other, and there’s a good argument that democracy performs best and survives longest when it is a liberal democracy. But they’re not the same, and you can have a democracy without liberalism. Indeed, countries do it all the time.”

As you browse ACRI’s report, a rollback of liberalism is exactly what you’ll notice.

I believe that Israelis can and will reverse this trend. Organizations like ACRI, Sikkuy, and the many other Israeli partners of NIFC are there advancing equality at the grassroots level every day.

One of NIFC’s two projects with ACRI over the past two years has been “Public Education for Human Rights and Democracy,” where Israeli teachers learn to teach democratic principles to their students. This year, this project has already trained over 500 teachers at the University of Haifa, Tel Aviv University, Al-Qasemi College, Levinsky College of Education, and half a dozen others.

This is just one way that the New Israel Fund of Canada is making a difference on this issue right now. It’s among 21 projects this year that strengthen Israeli society. I am so proud of our work — to learn more, I encourage you to read the interviews of our four “trailblazers” who are leading our projects right this very minute.

The litany of threats is indeed long. That is why we must fund bigger, larger, and even more impactful projects. The global NIF family is working constantly with Israelis to identify the projects that will have the longest-lasting effect.

What projects will we fund next year? What issues will arise with which Israelis urgently need our help? How will Israelis push back the tides of illiberalism?

The New Israel Fund of Canada will be ready, regardless.