Uncovering the Human Toll of the Gaza Blockade 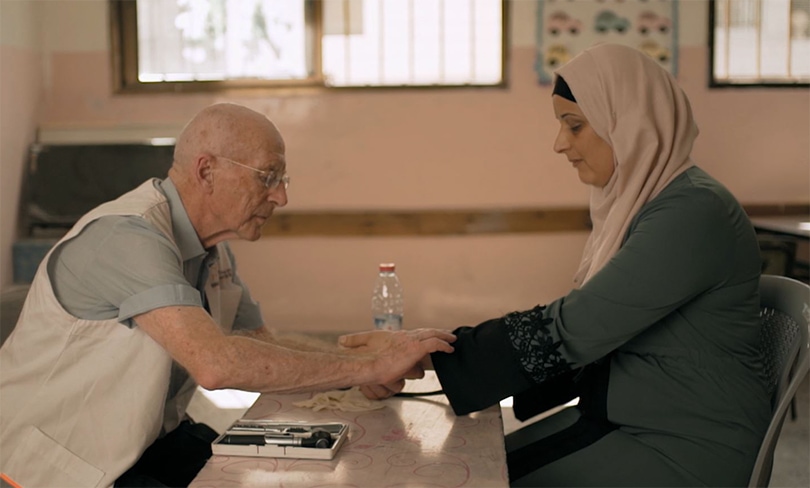 Israel’s blockade of the Gaza Strip over the past 15 years has had disastrous effects on the lives and health of its Palestinian residents, NIFC project partner Physicians for Human Rights Israel (PHRI) reports.

In Gaza, nearly every single aspect of health care provision depends on Israeli permissions. These include access to medical education and training, entry of medical equipment and medications, and access to outside medical facilities which are better equipped. Without access to these things, Gaza’s healthcare system is — put simply – unable to properly function.

The Israeli army rarely grants permits for medical care outside of Gaza, including for children. In the rare cases where children do receive a permit to exit the Strip, their parents often do not. This means that children can be forced to travel to Israel for medical care on their own or in the company of an adult who is a stranger.

Lynn, a six-year-old from Gaza, was diagnosed with cancer at the age of three. She has been receiving care at Sheba Medical Center in Tel Hashomer in Israel since 2018, including a six-month hospital stay during which she underwent a thyroidectomy. Lynn’s parents were denied a permit, but her grandmother was able to accompany her while she was hospitalized. It was only after intervention by Physicians for Human Rights Israel that her parents were finally granted a permit to be with her in Israel. Every year, PHRI  receives dozens of requests for help from families in similar circumstances.

Physicians for Human Rights Israel found that between January and September of 2021, Israel denied or delayed 32% of applications for treatment outside the Strip made by minors (compared to the 17% back in 2020). These delays can mean that these children miss their treatment windows.

The denial rates have increased for parents as well. The Israeli military refused 35% of parents’ requests for permits to accompany their children to treatment, compared to 28% in 2020. This is not because more people are applying for permits, but because the army appears to have adopted a more tight-fisted policy.

NIFC project partner PHRI will continue to fight for the essential human right to healthcare for all.