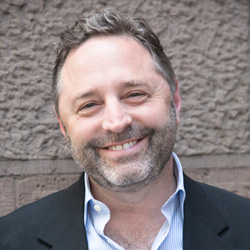 By Daniel Sokatch, International CEO of the New Israel Fund

Earlier this month, Achinoam Nini, the fabulous Israeli singer and longtime NIF board member was asked to explain what makes the New Israel Fund unique. Allow me to paraphrase her words:

When Israel was founded, there were a great number of funds that, over the years, helped establish Israel as a state. I see these funds as having dealt with Israel’s “body” – building up its institutions, forests, and structures of government.

But the New Israel Fund is unique. It treats Israel’s soul. It offers support to the entire spectrum of Israeli society – every single person – no matter what they look like or where they come from.

Through its efforts to improve human rights and democracy, and to support people who are most marginalized, the New Israel Fund is constantly working to make this place healthier. It is healing Israel in the deepest way – not by putting one stone on top of another, but by expanding hearts, souls, and identities. This is work that is critical to the very concept of what it means to be “Israeli.”

Achinoam was speaking on a digital stage, next to actor and director Norman Issa (you might remember him as Amjad in the Israeli comedy Arab Labor), with whom she also sang John Lennon’s “Imagine” in Hebrew and Arabic. As they sat there together — Arab and Jew — speaking to potential Israeli donors at the launch of NIF’s first-ever crowdfunding campaign in Israel, I was moved. I realized, yet again, that there are so many people in Israel who want exactly what we want: A country that cares about all of its citizens equally. It’s as simple as that.

The people at that event – and subsequently, all those who partook in the two-day crowdfunding marathon later that week – heard Achinoam, and they opened their wallets.

Our incredible Israeli team (the entire team was involved in this campaign – they were truly amazing) set themselves a goal of 1 million shekel. But they surpassed that goal on the first day. So, they set a new goal of 1.5 million shekel. By the end of the second day, they had surpassed that goal, too! (It was spectacular – when I zoomed in to offer encouragement to the Israelis at their crowdfunding campaign headquarters, I saw Shira Ben-Sasson Furstenberg, our Associate Director in Israel, banging a gong each time they reached a goal. The entire office would erupt in celebration).

Israelis are taking their future in their hands — they are answering our call. This is in part the result of our ever-present strategy: When someone from anywhere in the world gives to the New Israel Fund, they know that they are giving in line with their values across the board. The fantastic 1-minute video that the Israeli team produced shows that — in giving to the New Israel Fund, you don’t have to choose.

When you give to the New Israel Fund, you give towards the full gamut of progressive issues in Israel. You simultaneously fight for civil marriage, against settler violence, for a strong public housing system, and against the occupation. We are a one-stop-shop.

The Israeli crowdfunding campaign saw many Israelis give for the first-time, and — for the first time — NIF raised meaningful funds from Palestinian citizens of Israel. These donations come on the heels of NIF’s decision to commit a full 20% of its funds to Palestinian-led projects, helping make our vision of a truly shared future, where Arabs and Jews work in deep partnership, a reality.

Achinoam Nini concluded her remarks by speaking about what it meant to her to support the New Israel Fund. She made it clear that she thought every Israeli should be joining this fight. By giving to the New Israel Fund, she said, Israelis can support those who are doing the work they believe in: standing up for human rights, demanding equality, working towards the ideals of liberal democracy.

We will be announcing our U.S. fundraising challenge formally next week – we want to raise another 1.8 million shekel, or $580,000, by Giving Tuesday — but you can get a head start by donating to the campaign today. We have two weeks to do what the Israelis did in two days. Let’s join them; let’s do it.