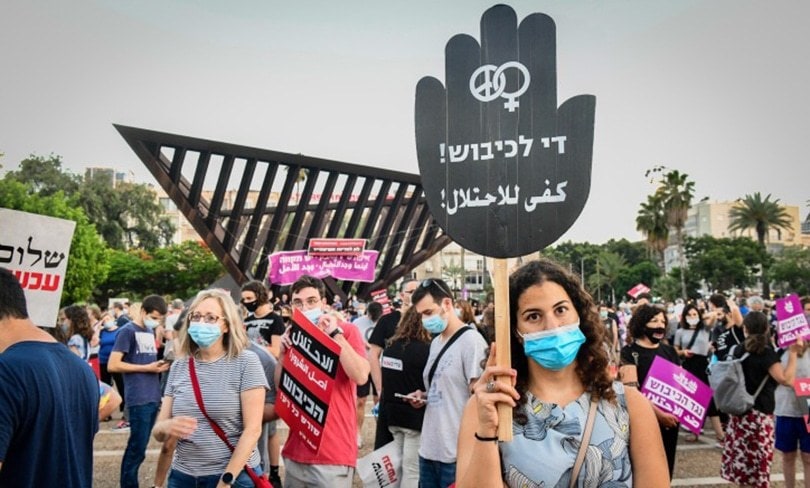 An estimated 6,000 Israelis rallied in Tel Aviv earlier this month to protest the Netanyahu government’s plans to annex of parts of the West Bank, which can begin as early as July 1.

The rally, which was the largest protest since the COVID-19 pandemic started, was arranged by 33 organizations, many of them organizations funded by the NIF global network, under the slogan, “Yes to peace and democracy, no to annexation and occupation. We call for a halt in annexation, which would entrench the occupation, and have come to demonstrate for peace and democracy with a Palestinian State alongside Israel.”

This protest went on despite the Israeli police’s attempts to undermine it at every turn – initially refusing to issue permits, banning any advertising, and even telling organizers not to post about the rally on social media.

In the words of our flagship project partner, the Association for Civil Rights in Israel (ACRI), “it’s clear that the police did not want this demonstration to happen, and they did everything they could to sabotage it.”

Over 1500 people signed New Israel Fund US’s statement of solidarity with the demonstration’s organizers, saying “yes to peace and democracy, no to annexation and occupation.”

Vermont senator and former Democratic presidential candidate Bernie Sanders addressed the rally in a video message from the US. He said, “I’m extremely heartened to see so many of you, Arabs and Jews alike, standing up for peace, justice and democracy. The plans to annex any parts of the West Bank must be stopped. The occupation must be ended and we must work together for a future of equality and dignity for all people in Israel and Palestine.”

Peace Now CEO Shaked Morag told demonstrators to take a knee, “In memory of George Floyd, in memory of Eyad Hallaq and in memory of all the victims of the Israeli-Palestinian conflict.”

After the rally, the Israeli police arrested five people for allegedly refusing to disperse, including a Haaretz photographer who identified himself as a journalist.