Over 280 attendees joined us at this year’s Shira Herzog Symposium at Hot Docs. We were thrilled to host three leaders of NIFC’s funded projects in Israel – experts, activists, and defenders of democracy. Tamar Rechnitz, Mohammad Darawshe, and Aviv Tatarsky — who defend democracy, justice, and equality in Israel every day. Our guests also spoke to audiences in synagogues in Thornhill and Oakville. 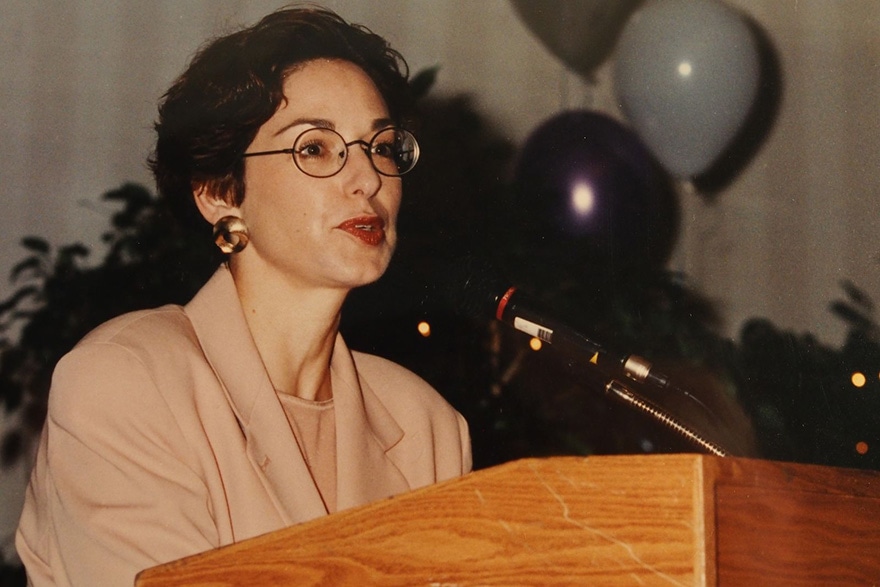 We hold this event each year in honour of Shira Herzog, a dear friend to NIFC and a woman who devoted her life to pursuing a better Israel. Click here to learn more about this special woman.

Highlights from the Evening 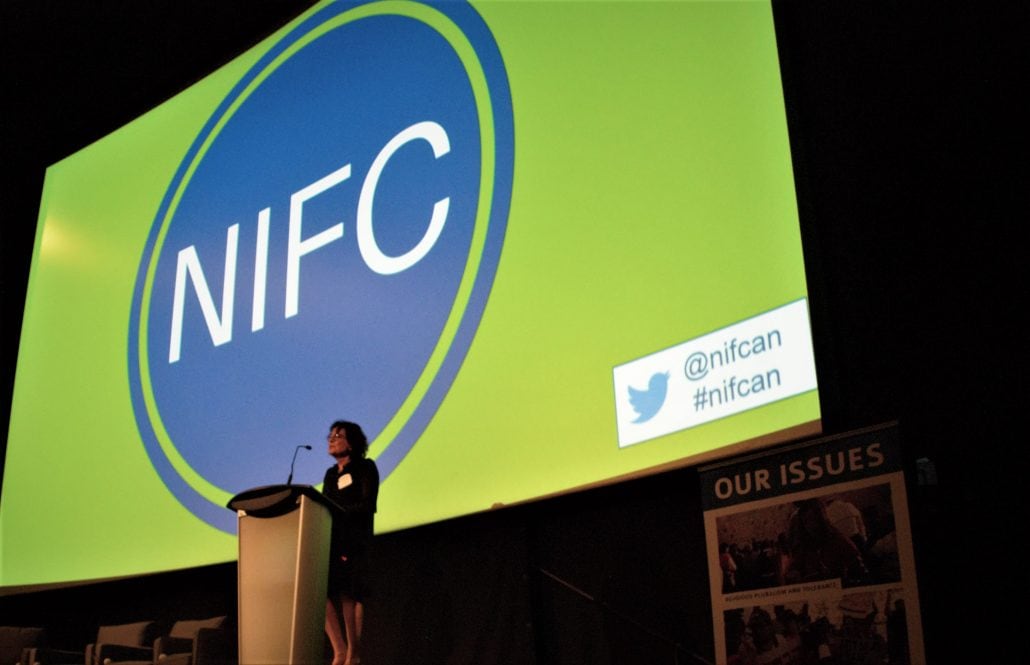 Linda Herskovitz, Vice President of the New Israel Fund of Canada, warmly opened the evening with an overview of the past year in Israeli elections. 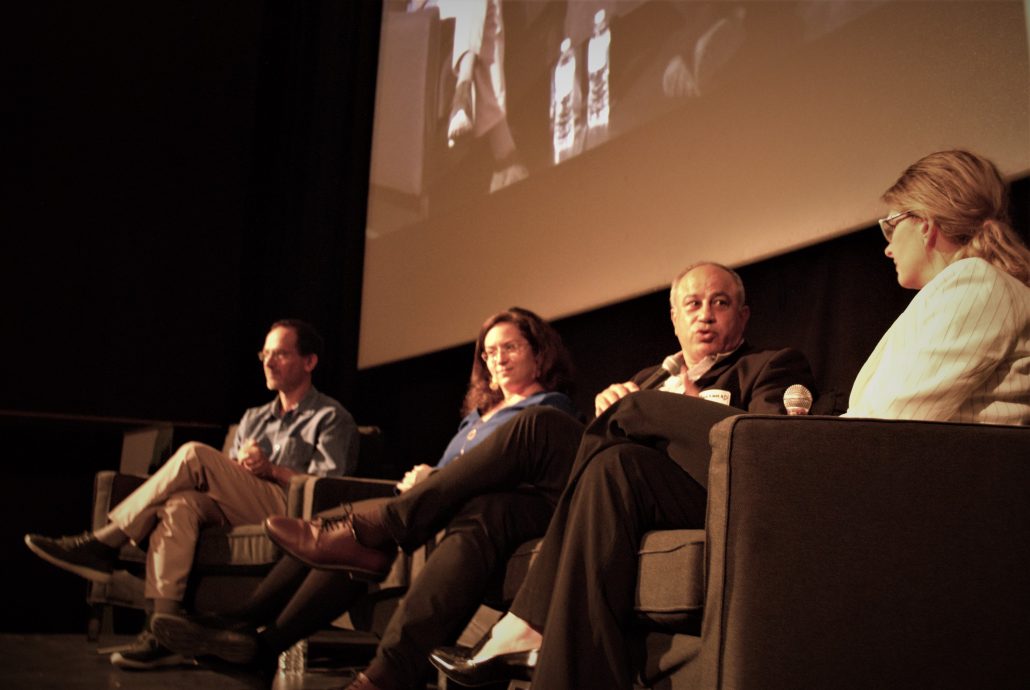 The panel began with Mira asking Mohammad Darawshe to explain the status of Palestinian citizens of Israel. Mohammad explained the history of the State’s relationship to its Arab citizens starting in 1948 that led to de facto segregation of Arabs in separate towns. His work at Givat Haviva advocates for equality in social, economic, and political rights, as promised in Israel’s Declaration of Independence and other early laws.

@mdarawshe shares the significance of home. His daughter in the audience is 28th generation in Israel. #nifcan 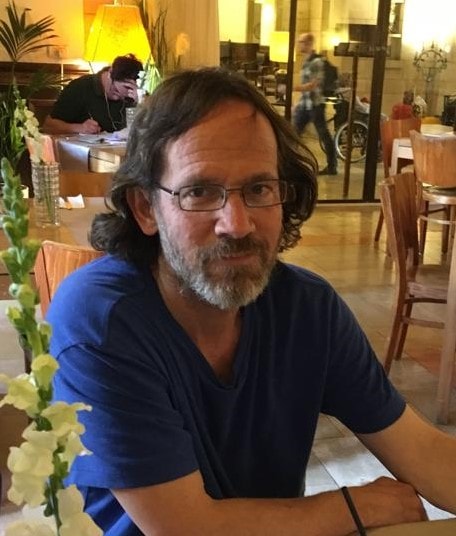 Aviv Tatarsky took us on a “walk” from west to east Jerusalem, crossing the Green Line. Aviv described in vivid terms the visible inequality, where next door neighbors have different rights and public services. Aviv explained the gaps in classrooms, garbage collection,  building permits, and policing to name just a few. At Ir Amim, Aviv publishes research that helps advocates and policymakers fight to end these gaps.

Aviv Tatarsky of @IrAmimAlerts explains the situation on the ground for Arab neighbourhoods over the Green Line in Jerusalem. The Knesset passed a law concurrent with the Oslo Accords preventing the Palestinian Authority from acting in Jerusalem. #nifcan @nifcan pic.twitter.com/InGYOJeRR8

Tamar Rechnitz of Tag Meir related how their organization began as a response to settler price tag attacks — and grew into an inspiring 50-organization coalition that responds to hate crimes against anyone, Jewish or Arab. She powerfully shared how their work is rooted in the defense of Jewish values. “[Violence] is not Judaism at all.”

Tamar Rechnitz of @TagMeir (light tag) explains the origin of her organization which started as a response to settler price tag attacks, תג מחיר (Tag Mechir), where they respond to these hate crimes with a rapid response team that visits the victims. #nifcan @nifcan pic.twitter.com/u0zyt2NEZJ

Prof. Sucharov stated that these actors on the ground — activists like Mohammad, Aviv, and Tamar — are helping write a better ending to what’s unfolding in Israel today.

“The arc of history is long, and it is incumbent on us to bend it towards justice. That doesn’t happen on its own.” — @benmurane of @nifcan #nifcan asks us what we can do to become part of the solution.
— Tema Smith (@temasmith) September 9, 2019

“Our work in Canada begins with conversations — conversations about Israeli democracy that began on this stage tonight and must continue in your homes and living rooms,” he said. To help each of us open these conversations, attendees took home an easy guide to Israel conversations. Click here to download yours now.

The Shira Herzog Symposium may be over for another year, but the bridge-building is continuing over beer and snacks with Tamar Reichnitz of @TagMeir and @nifcan’s NewGen program. #nifcan pic.twitter.com/hfNvWEeEfp

Earlier this year, a dozen NIFC supporters in their 20s and 30s participated in a Giving Circle, pooling their donations and deciding together which NIFC project would receive the total.

As the Symposium ended, these young donors and their friends gathered nearby for drinks and a chance to meet personally with their funded project: Tamar of Tag Meir.

Are you in 20s/30s and want to participate in the next Giving Circle? Email Hannah Cohen at hannah@nifcan.org for details. 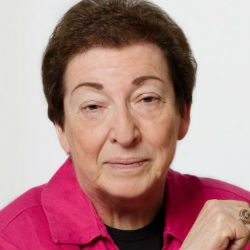 We are thrilled to announce that Prof. Naomi Chazan, Past President of the international board of the New Israel Fund, will be delivering the afternoon keynote at J Space Canada’s biennial conference: From Indifference to Making a Difference.

The conference on Nov 2 – 3 has a line-up of 40 outstanding speakers and panelists. Click here to buy your tickets.