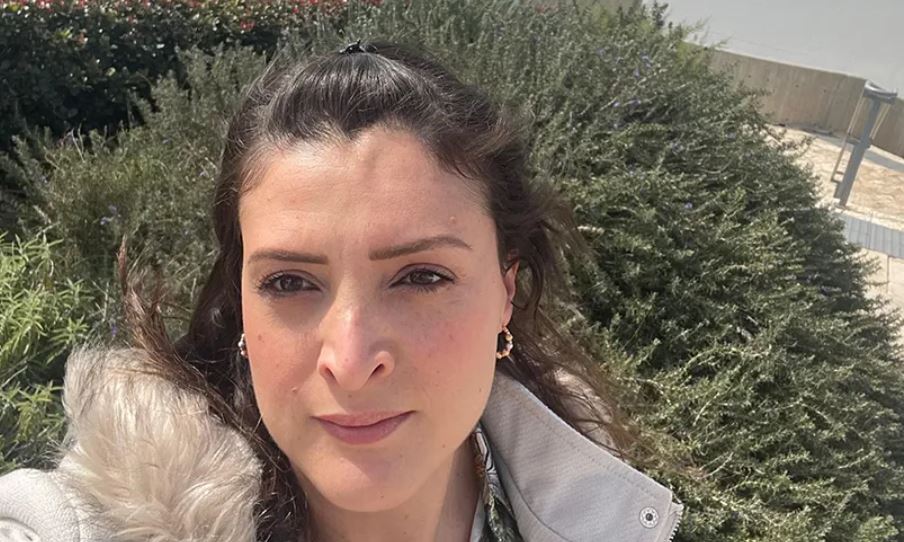 “We had always been taught to keep a low profile to avoid discriminatory backlash from police. But when I was 18, despite my mother’s objections, I went to my first demonstration against Israeli attacks on Gaza. Today my mother is proud of my courage and of my contributions to the community.”

As a young woman, Toha Arfat Haddad was an ardent social activist in her Ramle-Lod community. Haddad credits her grandfather for her passion for community activism and learning: “Education was his number one priority. My mother was the first Palestinian woman in Lod with an academic degree and then a PhD,” says Haddad. “Then when I was a teenager, I understood that my personal advancement on its own was not enough.”

However, as Haddad finished her education and went on to build a career and family, she found herself overwhelmed and isolated, juggling intensive work as an organizational consultant and duties as a mother of young children. Commiserating with her friend Rana Muhareb one night, they mused together that “there must to be other Palestinian women in our area who feel the same way”. This marked the beginning of a vision. Muhareb made a Facebook event inviting local Palestinian mothers with academic degrees to meet up, connect, and discuss ways to build and give back to the community. The mothers were encouraged to bring their children. When 40 women with a pack of children appeared, Haddad and Muhareb were bowled over.

That meeting launched Omnia, now run by CEO Muhareb with Haddad serving on the board of directors. Since that first meeting, over 2,000 women have participated in Omnia programs, which fill gaps left by the sub-standard social services offered in Arab neighbourhoods of Israel’s mixed cities. Omnia’s first order of business was to start a summer camp and after-school activities for children of working mothers.

In addition to the founding cohort of professional women, Omnia established two additional groups: one for young women trying to live independently and find careers that work for them, and another in Lod’s most impoverished neighbourhood where — thanks to Omnia — several participants now hold advanced academic degrees.

Even with these achievements under Omnia’s belt, Haddad is eager for Omnia to increase its impact, which is why she and two other Omnia colleagues joined Shatil’s newest training, “Advancing Policy Change for Palestinian-Israeli Activists.” The eight-session training, which is part of an NIFC-funded Shatil project, launched on April 5, 2022, and is a collaborative effort between partner Shatil and the National Committee for Heads of Arab Local Authorities (NCHALA). Participants learn about the structure and inner workings of the Knesset, ministries, and local authorities, and develop practical and effective strategies to amplify local impact and create policy change.

“Even with all my professional and activist experience,” tells Haddad, “this training is introducing me to worlds I have never encountered. I’m meeting representatives from organizations I never knew existed and am discovering that there is power in Palestinian society.” One issue that Haddad sees as critical is improving the Arab education system. “I don’t want to send my kids to private school. That’s not the answer,” Haddad says. “When I say something like that in this group, no one looks at me as though I’m whining. They all have things they want to change too.”

Omnia has also benefited from Shatil’s consultancy. Says CEO Muhareb: “Our work with the Shatil consultant was very effective and we learned so much from her. We are currently waiting to hear responses on several proposals we sent out with her support.”

Haddad brims with pride over Omnia: “We’re an independent NGO run by women volunteers, and when we walk around the city and mention Omnia, people say: ‘Yes, we know all about you.’”