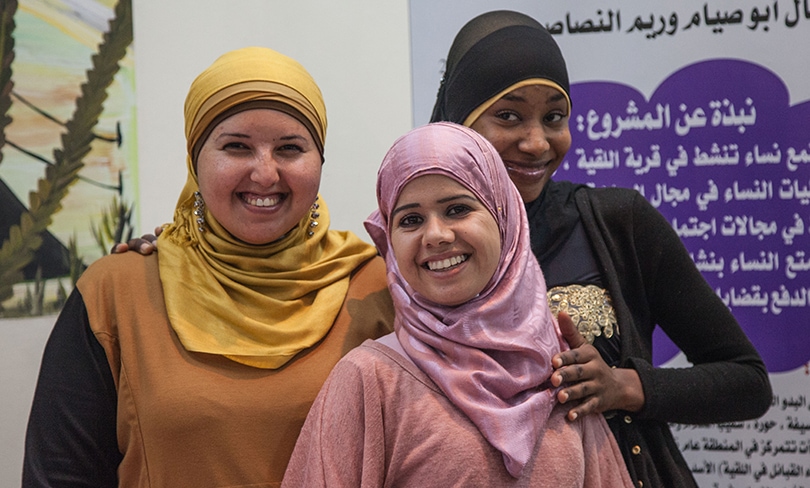 Fighting inequality between Jewish and Palestinian citizens of Israel is a key NIFC priority, and an issue Shatil has been tackling since its founding. The significance of this problem was thrown into stark relief during April through May of this year, when Palestinian citizens of Israel came out into the streets in country-wide protests against pervasive, systemic discrimination.

Shatil’s work to empower the Palestinian citizens of Israel has several emphases, including advancing the rights of Bedouin citizens in the Negev/Naqab, supporting fair distribution of natural and economic resources, developing strategies to increase housing solutions, and fighting for government response to high crime rates and violence in Arab Israeli communities. But one of Shatil’s most strategic tools in this arena is capacity-building for Arab Israeli civil society groups through programs, workshops, and network building.

Under the extreme pressures of the COVID-19 pandemic and ensuing economic crisis, and after the destabilizing intercommunal violence that raged in areas home to both Palestinians and Jews earlier this year, Arab Israeli organizations have increasingly been working together and with greater public prominence.

In less than a year, Shatil assisted nearly 100 staff members from 31 Arab Israeli organizations, providing on average 50 hours of consulting to each group. This tailor-made, one-on-one consultancy has helped social change groups turn the corner in terms of resource development, political and media advocacy, and staff and financial management. One example are the coalitions combatting high crime rates, which have been essential resources for policy makers in recent months. Behind the scenes, Shatil consultants have been working overtime to support this development. “We have been working closely with coalition heads to develop work plans, connect them with politicians, and recruit members,” said Shatil coordinator Aya Zinatey. “Over time, their skills and confidence have grown and they are now able to work more independently.”

Shatil also recently worked with Tishreen Association, an organization supported by the NIF global network, which promotes leadership and grassroots activism by and for Palestinian citizens in the Triangle region, to recruit a new board of directors and run a crowdfunding campaign that raised $42,000 to help launch a new initiative: the Alternative Cafe for Palestinian Culture and Art. Shatil consulted with another organization supported by the NIF global network, 7amleh: The Arab Center for Social Media Advancement, and helped the organization grow from two employees to 10. With fresh expertise, the organization produced a booklet called “Know Your Digital Rights: Towards a Safe, Fair & Free Palestinian Digital Space”.

Shatil staff is looking forward to two upcoming workshops for Arab Israeli social change organizations keen to advocate directly for policy reform within the new government. Following up on the recent Shatil training “Accessing Government Funding” — for which there was unprecedented demand — these seminars will help Palestinian-Israeli organizations identify potential partners and advocacy targets, and acquire concrete tools for pressuring the government to turn theoretical into concrete programs with allocated budgets.

Asaf Goldfarb, who leads Shatil’s Center for Policy Change and is developing these workshops, believes the new government presents a huge opportunity for Arab Israeli organizations to become ongoing partners in policy-making. “The current administration makes it possible to engage with ministry staff and politicians through the front door, legitimizing and normalizing Arab Israeli civil society involvement in agenda-setting and decision-making.”