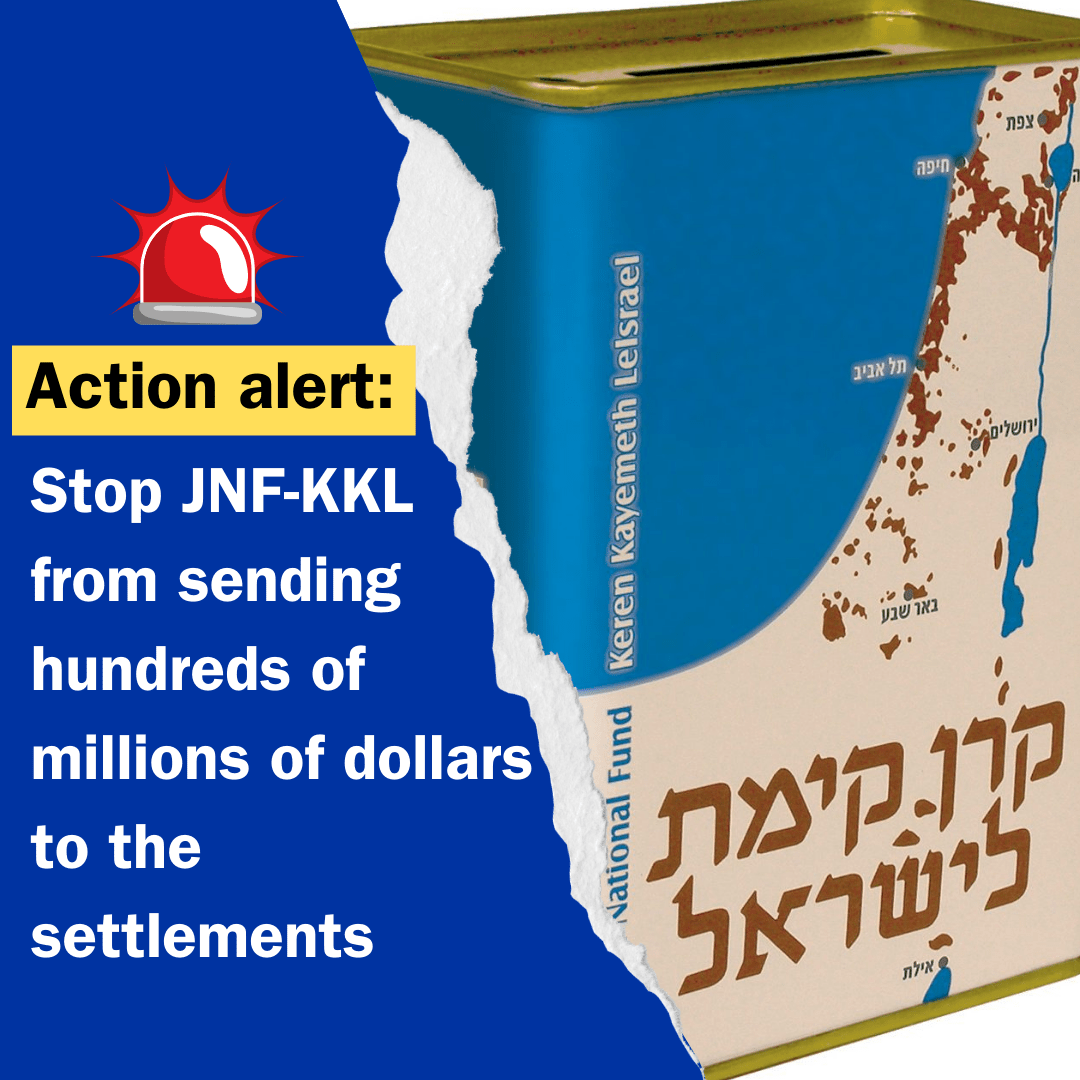 JNF-KKL’s Executive Committee are advancing plans to commit hundreds of millions of dollars to purchase land in the West Bank. NIFC is joining with 20 other Jewish organizations around the world to protest the recent preliminary decision by the Jewish National Fund-Karen Kayemeth LeYisrael (JNF-KKL) to commit potentially hundreds of millions of dollars towards the expansion of West Bank settlements.

For years, JNF has quietly invested in the West Bank. But now it’s doubling down on its efforts to make the development of West Bank settlements a formal part of policy.

This move is aimed at making the establishment of a viable Palestinian state all but impossible and entrenching the occupation. It will condemn future generations of Israelis and Palestinians to even more conflict and violence.

JNF-KKL was always a partnership between Israel and Diaspora Jewry. Given our commitment to promoting equality and advancing Israel’s future as a vibrant democracy, we are obliged to take action against JNF-KKL’s decision.