Standing in Solidarity with Sheikh Jarrah 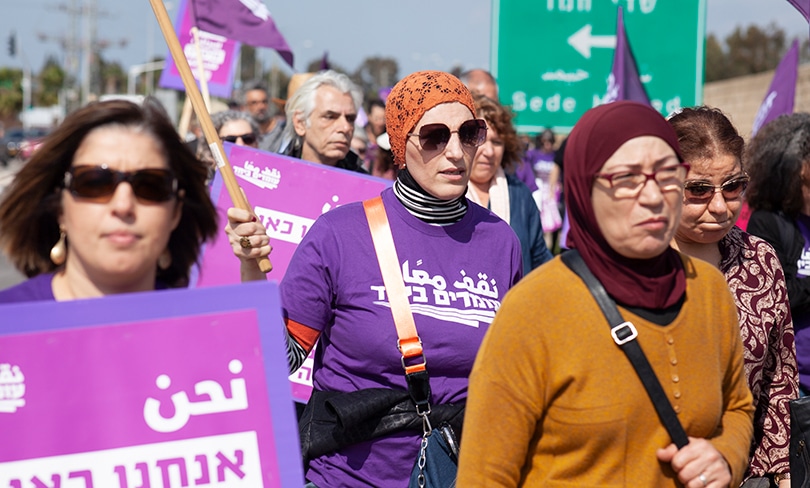 Dozens of Israelis marched through the streets of Jerusalem last Friday to the Sheikh Jarrah neighborhood in solidarity with the Palestinian residents who face eviction from their homes. The march was organized by Omdim Beyachad (Standing Together), Israel’s Jewish-Arab grass roots movement which is funded by the NIF global network, as well as other social change organizations.

Omdim Beyachad said, “Netanyahu may really be gone, but the occupation, settlements, and expulsion of Palestinian residents from their homes in East Jerusalem remain.”

“It appears that this struggle will not end soon. We will never accept the injustice and persecution of Palestinians in the occupied territories, and we will continue to fight to end the occupation and achieve Israeli-Palestinian peace as long as we have a government that does not seek peace and security for all who live here. The road is still long, but together we will make it.”

Israel’s Supreme Court is set to rule on the fate of three Sheikh Jarrah families who are appealing against eviction orders with many other families likely to be affected by the decision. Most of the parents and grandparents of the families in Sheikh Jarrah left homes in West Jerusalem, Jaffa, Haifa and elsewhere in Israel in 1948 and were given the properties by the Jordanians as compensation.