Standing in Solidarity with Palestinian Residents of Hebron 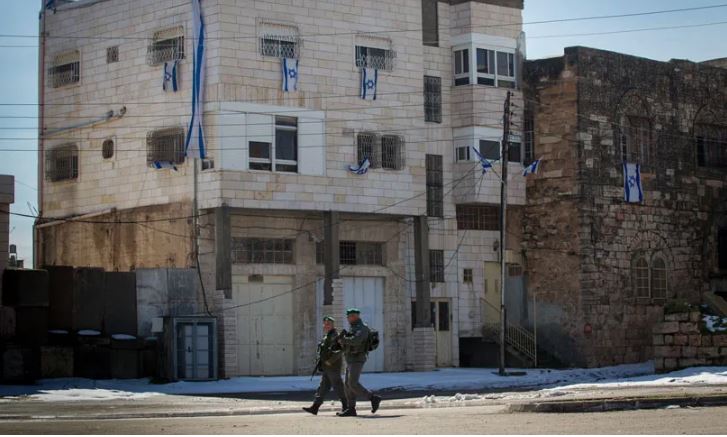 In late November, six buses of anti-occupation activists from dozens of organizations traveled to Hebron on a solidarity tour led by NIFC project partner Breaking the Silence and co-sponsored by six groups including NIF,  to visit the city’s Palestinians. Israel’s Border Police declared the city a closed military zone, even though only two weeks prior, an estimated 30,000 right-wing Israelis had been allowed to enter the city for the Shabbat of Hayei Sara. In that case, they were even brought into the city through the side controlled by the Palestinians.

The anti-occupation protest was still held despite the expected difficulties. Issa Amro, a Palestinian activist in Hebron spoke about life in the city and how part of it had become a Jewish settlement. Only the previous week Amro had been arrested for photographing a soldier hitting a protester. He has since been released.