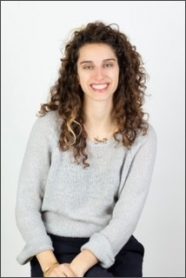 As all eyes were focused on the American election, last Tuesday, Israel took the step of demolishing the West Bank community of Khirbet Humsa, in the Jordan Valley, in what the U.N. officials described an act of “forced displacement” – and the largest in a decade. More than 70 people, including 41 minors, were made homeless as a result of the demolition by Israel’s Civil Administration, the body which governs the occupied West Bank.

Tzlil Rubinstein, Shatil’s human rights and democracy organizer, learned of what was happening from activists on the ground.

Rubinstein coordinates Shatil’s Forum for Freedom of Speech and Protest, a coalition of field and legal defense organizations working to protect these basic rights. Much of their efforts center on supporting grassroots organizations and aiding activists via their hotline for protestors.

Rubinstein saw the messages on the Forum’s WhatsApp group that Tuesday morning: “The Forum representative from Adalah was asking in the group for help for activists who were arrested at the site. Within a short time, a lawyer from HRDF [Human Rights Defenders Fund] was on his way.”

Rubinstein has been active in progressive causes since college, when she first joined a tour of Hebron led by Breaking the Silence, an organization funded by the NIF global network, and began to understand the harsh reality of Palestinians’ lives under occupation.

“Witnessing the injustice was hard,” she says. “The Palestinians who live there are forbidden from walking on certain streets reserved for their settler neighbors, and most go through checkpoints to get to work or school.”

Rubinstein came away determined to join the anti-occupation struggle. After completing a B.A. in Politics and Middle Eastern Studies and stints at NGOs promoting religious freedom and environmental justice, she joined Shatil in January 2019. She feels privileged to coordinate the Forum for Freedom of Speech and Protest, which includes NIFC flagship partner the Association for Civil Rights in Israel (ACRI), as well as other organizations funded by the NIF global network: Adalah: the Legal Center for Arab Minority Rights in Israel, the Negev Coexistence Forum for Civil Equality, Human Rights Defenders Fund (HRDF), and the Public Committee Against Torture in Israel (PCATI).

“We work so that every activist in Israel can go out and protest for a better future,” says Rubinstein. “Whether they’re calling for an end to the occupation, racism or any other injustice that shapes Israel’s reality, we are here for them.”

Forum members meet regularly to coordinate strategy, share updates from the field, courts, and the Knesset, and collaborate on joint actions and trainings. This work has taken on new urgency since July, with tens of thousands gathering weekly across the country to call for economic relief from the crippling impact of the pandemic, and for accountability for Prime Minister Netanyahu who faces felony corruption charges. The Forum runs multiple trainings for protestors, teaching them about basic protest rights, what to do if arrested, and how to respond to police violence.

Rubinstein is proud of the way the Forum has risen to the occasion. ACRI went to court to ensure protest rights were safeguarded under lockdown regulations and that protests remained a protected exception to bans on gathering. HRDF has secured the release of over 250 protestors so far in 2020 (compared to a total of 123 demonstrators in 2019). And yet she is also quick to point out how the protest movement, meant to be inclusive, is falling short of that goal.

“The anti-Netanyahu protestors do not for the most part include Ethiopian Israelis or Palestinians,” says Rubinstein. “Yet these groups and others have long been the victims of violence and suppression by authorities when they protest for their rights. Shatil was here before the demonstrations at Balfour [the Prime Minister’s residence] and will be here after to keep taking care of those who are the first to get hurt.”