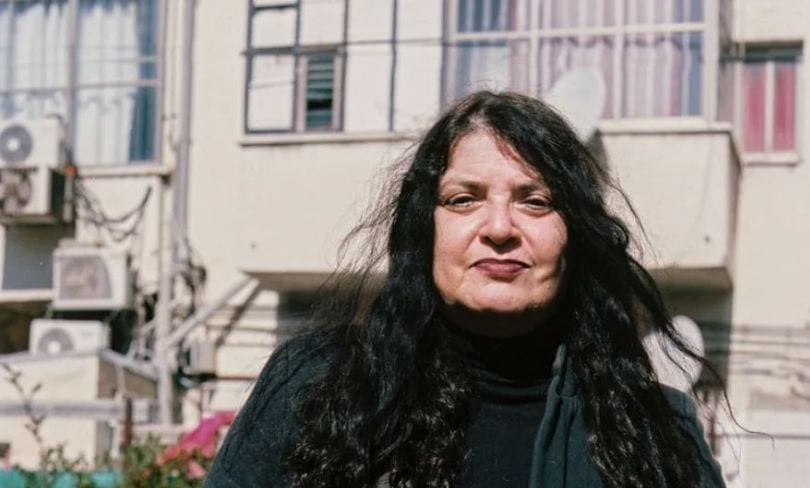 This year, Shatil commemorates its 40th anniversary through the exhibition 40×40 Changing Reality which pays tribute to four decades of key changemakers in Israeli society, such as Shula Keshet.

To Shula Keshet, a South Tel Aviv-based artist and activist, creating a revolution is all about connection and solidarity. To her, that revolution is a Mizrahi feminist one.

Growing up in South Tel Aviv, Keshet was inspired by earlier generations of Mizrahi women who became leaders in their communities by empowering disenfranchised voices. This legacy began with her grandmother, who co-created Mothers’ House, a space for Mizrahi women to meet and organize, and continues through her mother, who was active in the organization while also volunteering in the evenings as a nurse in her neighbourhood.

In their footsteps, Keshet has dedicated her life to uplifting the voices of feminists from marginalized communities through activism, politics, and art. To address the compounded social and economic disadvantages facing these women, she co-founded and directs Achoti – For Women in Israel, a Mizrahi feminist movement. When reflecting on Achoti’s goals and successes, Keshet shared, “Achoti sees itself as a political home for all women, including women whose communities are subject to various forms of socioeconomic and political oppression, and who view feminism as a comprehensive sociopolitical revolution whose objectives should be not just be to break professional glass ceilings, but to fight for causes that directly affect everyone’s lives.”

Achoti also engages with other social justice issues which lie at the convergence of overlapping struggles. These include the fight against deporting asylum seekers, protecting the housing rights for South Tel Aviv residents, and defending the rights of sex workers.

Coursing through these different causes is the belief that real change happens from the bottom up. “Solidarity and cooperation between various communities is our guiding principle and the basis for the change that is to come,” says Keshet. To that end, one of Achoti’s biggest strengths is its ability to convene and maintain forums for collective action. Libi BaMizrah (My Heart Is in the East), a festival celebrating Mizrachi culture, and Koach LaKehila (Power to the Community), a coalition of south Tel Aviv-Jaffa residents unifying veteran and new Israelis, asylum seekers, and migrant workers, are two of many civic initiatives developed by Achoti.

The relationship between Achoti, Shatil, and NIF goes back to the organization’s creation. The shared values of coalition-building and connection made for a ripe partnership, which has enabled Achoti to expand its capacity as an organizer for social and economic justice. For example, to grow the South Tel Aviv Against Expulsion effort, Achoti enlisted Shatil media consultant Shlomit Maman who guided the media strategy. Similarly, during a campaign to close the new Central Bus Station, Keshet turned to Ella Yedaya, Shatil Director of Democracy and Human Rights, whom Keshet calls “a true partner”. With Ella’s expertise, Keshet and Achoti coordinated the different arms of this struggle. Keshet’s commitment to a diverse feminist movement also strongly aligns with Shatil’s Gender Equality Program, which is currently working to advance women’s organizations which represent diverse groups in Israeli society.

When discussing the future of her struggle for social and economic justice on behalf of marginalized communities, Keshet emphasized that the partnership with Ella is the perfect example of why real change is possible. Creating a revolution and repairing the world is not an easy task, she clarified, but it can be done with “force of will, faith, commitment, solidarity, and a lot of true sisterhood.”