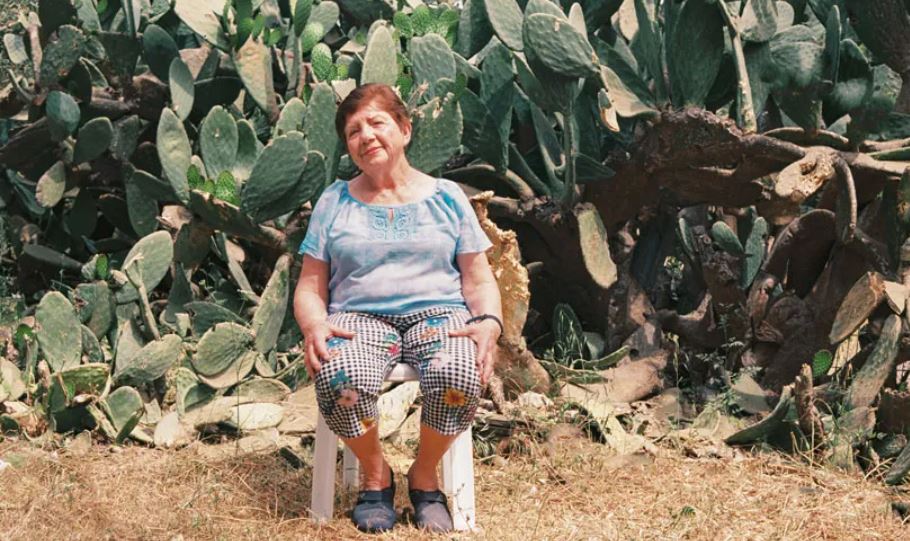 This year, Shatil commemorates its 40th anniversary through the exhibition 40×40 Changing Reality that pays tribute to four decades of key changemakers in Israeli society, such as Nadia Tatarenko.

The year was 1990. Nadia Tatarenko stood in a Kharkiv, Ukraine Jewish Agency office packed with potential new immigrants. She was furiously scouring a world map for a tiny patch labelled Israel, and thinking: “This country is so small, Israel, how will we all manage to get in? How’s it going to work?”

Tatarenko had grown up with a widowed mother who always struggled to put a roof over the heads of her and her siblings. Though a trained engineer, Tatarenko, herself a single parent, saw no future for her son and daughter in an increasingly antisemitic Ukraine.

Following her immigration to Israel later that year, Tatarenko found herself at the Be’er Sheva National Insurance office, amidst a throng of mainly Russian-speaking immigrants struggling to communicate with clerks in broken Hebrew. When it was her turn, she told the clerk: “You know that everyone leaves here and cries in the hall, because they don’t understand what they’re signing.“

As Tatarenko’s Hebrew improved, she decided to volunteer at the local National Insurance office as a simultaneous interpreter for immigrants, and eventually publicized Russian language explanations of bureaucratic documents and processes through the Russian-Israeli press. Tatarenko also became active in a program for single-parent immigrants run by the NGO Amcha. It was there that she first connected with Shatil and began attending training workshops.

Shatil consultant Inda Kriksunov told her: “You have a tremendous amount of potential. You’re strong. You’ll start your own organization.“ That seemingly implausible prediction became a reality with Shatil’s help, when in 1997, Tatarenko established Immigrants for Successful Absorption.

“We started out with nothing,” Tatarenko said. “Shatil let us use their office, computers, and fax; they helped with translations, with submitting projects to foundations; they taught us how to create partnerships.”

Over the next 20 years, Immigrants for Successful Absorption’s Guidance and Aid Center assisted hundreds of families with immigrant services, National Insurance, housing, and banking. They started a night school, summer camps for children from disadvantaged families, and fitness centers that produced internationally renowned athletes.

One exceptional and ongoing need was Be’er Sheva’s Nahal Beka neighbourhood, where a poorly built compound for elderly new immigrants and other vulnerable groups was constantly experiencing termite and rodent infestations as well as groundwater surges that were causing the flimsy structures to collapse. Eventually, houses on five full blocks sank into the mud.

Immigrants for Successful Absorption took charge of the situation by engaging residents in advocacy vis-a-vis Amidar (Israel’s public housing company), the media, local councils, the Knesset, the Ministry of Absorption, and the Ministry of Housing.

“Shatil advocacy expert Shmulik David worked closely with us all along the way,” shares Tatarenko.” We learned how to write to ministers and Knesset members. To whom, how many letters to send, and even their addresses; how to prepare for a Knesset committee meeting and what to say.“

Their efforts paid off, and the government undertook massive renovations throughout the neighbourhood. Tatarenko says: “If, at the time, sinking in the mud was a metaphor for aliya [immigration], today the Nahal Beka neighbourhood symbolizes a different aliya: one with a voice of cooperating and building together.“

Tatarenko recalls a pivotal moment sitting in a Knesset committee meeting about Nahal Beka, during President Isaac Herzog’s tenure as Minister of Construction and Housing: “As I was speaking, he suddenly interrupted me and said: ‘You all need to know is this is the woman who started a housing revolution in the Knesset.’ But I know that no revolution, no ongoing civic change can be generated alone. We created our revolution with Shatil.“

1.04 million new immigrants from the Commonwealth of Independent States have arrived in Israel since 1989, 36% of whom settled in the Negev.