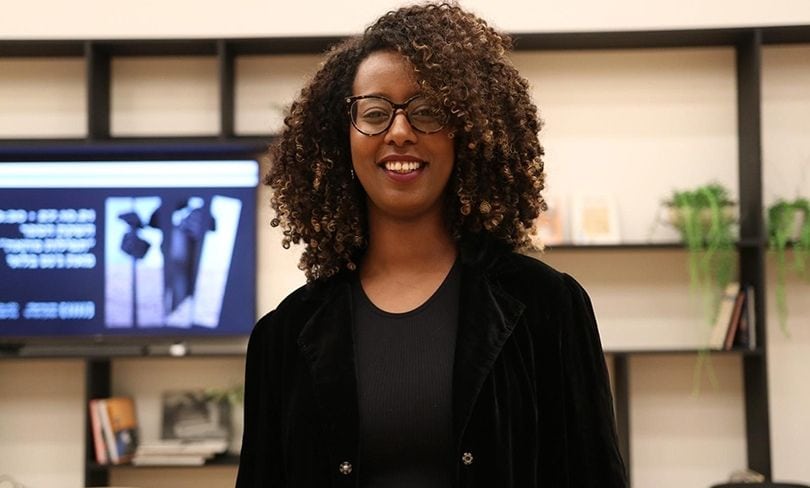 Mazal Bisawer doesn’t remember a time when she didn’t know what racism was. Growing up in Kiryat Gat in the 90s, other children called her hurtful names. “For Ethiopian Israeli kids, hearing racist comments is just part of life,” she says.

When Mazal ventured beyond her hometown to study for a BA in Psychology and Classics at Tel Aviv University, no one mentioned her skin color. She found the absence of acknowledgement to be no more comforting than its bigoted recognition.

In an interview for Shatil’s SHIFT podcast, Mazal told the host Gali Besudo, “I sensed that I made people uncomfortable. They didn’t know how to relate to someone who looked different, so they mostly kept their distance. Ironically I felt invisible a lot of the time.”

For a time, Mazal tried to ignore the prejudices she and her community experienced. “I just wanted to have a good life,” she says. “It was painful to think about, so I tried not to.”

Then in 2015 a video of an unprovoked attack on an Ethiopian-Israeli soldier by two policemen went viral, sparking huge protests in Israel’s Ethiopian community. Mazal was amongst those spurred to action. She attended protests around the country and organized one at her university.

“It was the turning point for me,” she told Shatil’s podcast. “I could no longer ignore the anger I felt at the way we’re treated. We’re harassed in the street by policemen who see us as guilty just because of our skin color, or by racists calling us names. We face discrimination in education, housing, and employment. Our identity as true Israelis is forever in question.”

After university Mazal pursued a career in activism through various civil society roles. Most recently she worked for two years as the spokesperson for NIFC project partner the Association of Ethiopian Jews (AEJ).

In her new role as an NIF grants officer, Mazal manages relationships with NIF project partners in the fields of shared society and gender equality. She also works closely with the Shatil coordinators in both fields to develop programming that advances a more equitable Israeli society.

“As an activist I occupied the same space as campaigners from other fields,” she says, “so while my focus has been on the Ethiopian-Israeli community, I had an awareness of the issues faced by other groups. But I was eager to join NIF in part in order to deepen my understanding of the ways the entrenched systemic discrimination I experienced effects other minorities, especially Palestinian-Israelis.”

“I believe that by working together we can change the ways things work in Israel,” Mazal continued. “I am excited to help direct NIF’s support to organizations that target the institutionalized roots of racism and discrimination. This will advance equal opportunities for minorities of all types.”