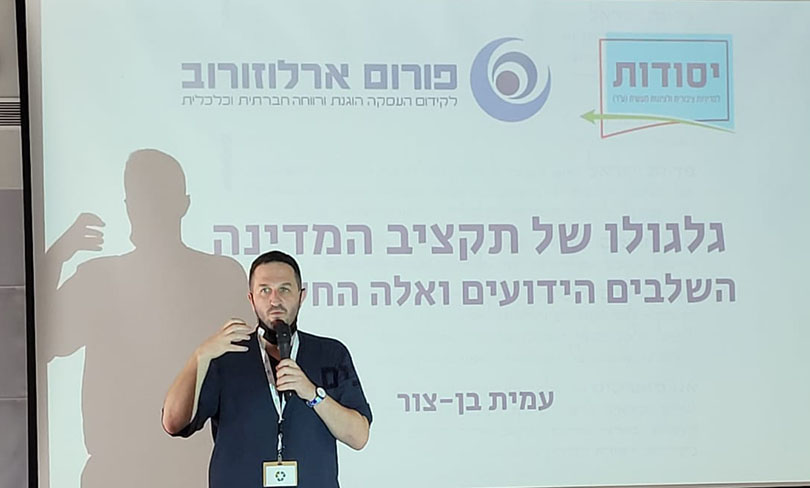 In a significant win this August, Shatil’s Center for Policy Change (CPC) led the defeat of a proposal that sought to weaken the government’s ability to responsibly regulate in areas ranging from environmental protections to workers’ rights. Formulated by right-wing policy think tank Kohelet, the proposed reform sought to concentrate regulatory power in a single governmental body. The change was marketed as efficient, but in fact would have removed regulatory power from individual ministries and government experts.

The proposed reform was introduced as part of the Arrangements Law, a government-sponsored bill presented to the Knesset alongside the State Budget Law. The Arrangements Law incorporates government bills and legislative amendments deemed necessary for the government to fulfill its economic policy, and its passage and the passage of the budget are interdependent.

“The reform was seemingly innocuous,” says CPC Director Asaf Goldfarb, “yet the proposal to concentrate regulatory power posed a dangerous threat to democracy as crucial protections for workers’ rights, the environment, and women, to name but a few, would have been decided upon by a regulatory body lacking the specialized knowledge necessary to take informed decisions.”

“We chose to work on this issue specifically because we understood the amendment’s crucial importance, the reticence of other social change groups to engage with what was seen as a ‘technical’ issue, and the lack of coverage in the media around the proposed reform,” Asaf added.

Working together with NIFC project partner the Berl Katznelson Foundation, the CPC enlisted Knesset members from several parties to publicly refuse to vote for the budget if this amendment stood. If the government fails to pass a budget, the coalition will dissolve and throw Israel into elections yet again. This was the fate of the last government, and an outcome the current coalition is committed to avoiding.

Shatil also publicly tied the seemingly-technical amendment to its origins: the right-wing Kohelet Forum, highlighting the partisan nature of the technical-appearing reform. In the two weeks before the vote, Shatil mobilized environmental and civil society organizations to oppose the amendment, facilitating their advocacy with government officials and public campaigning against the proposal.

Shatil and its partners halted the reform. “We knew we had to fight,” says Asaf, “but didn’t believe we’d succeed. The presence of Labor and Meretz in the government allowed us to form a bloc to halt this dangerous reform.” Under the new proposal, the government’s overall regulatory authority would have only a consultancy capacity in relation to regulation promoted by various government ministries.

“Most importantly,” Asaf concluded, “this success demonstrates the ability of civil society organizations to make tangible, positive change by working with the government and not only in the opposition. And the CPC is here to teach groups to do just that.”