Recalibrating After the Election 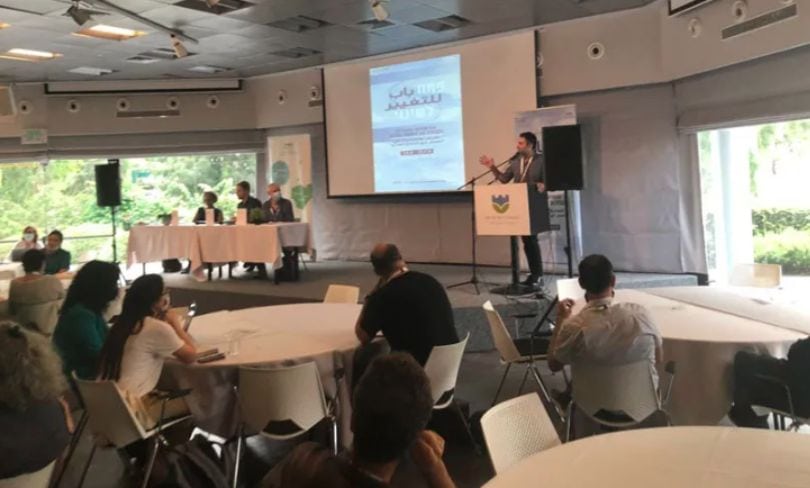 “I feel like I need to learn an entirely new job, and it is difficult to move forward…the bottom line is I need another Shatil training ASAP.”

In the wake of last week’s elections, Dr. Shani Bar Tuvia is one of many members of civil society confronting the painful uncertainty of how the new government will affect their work. “I’m slowly understanding in the past few days that I hadn’t emotionally prepared myself, but Shatil actually did. They actually had a training about exactly this.”

Asaf Goldfarb, director of Shatil’s Center for Policy Change (CPC), shared a similar sentiment. “It’s a very dark time, darker than most expected, but we have been preparing exactly for such a scenario.” As soon as new elections were announced, the CPC began designing Elections 2022: Choose to be a part of the change, a set of trainings to help social change organizations to adapt to the post-election landscape in order to successfully work through the impact the changing political reality will have on their issues. The trainings covered topics such as building media strategies for issue advocacy, understanding coalition agreements, and navigating the V15 law which limits NGO’s ability to function during a campaign season.

Shani, who runs government and parliament relations for the Israel Refugee Rights Forum, has participated in the CPC’s election program from the beginning.

Overall, she credits Shatil as one of the most useful resources she has, especially when she started her position. One particularly relevant training for her was learning how to work with the government and civil servants, not just the parliament. With a far-right coalition set to take power, she says these trainings will be even more relevant, as having fewer allies in the Knesset limits the possibility of advancing favorable legislation.

For Shani, the Shatil CPC meetings are also a space for solidarity and connection. Because her role entails working with the Refugee Forum’s six organizations, the Shatil trainings allow her to network with people in similar positions across the social change sector. Together, they share experiences and brainstorm how to approach the challenges they face.

Refugees in Israel are a particularly vulnerable group as they are at risk for deportation and incarceration, and are often denied critical rights such as the right to health care or right to employment. Critically, members of the expected government vociferously support further limitations of these rights. Thus, with the immense work ahead of her, Shani emphasized how grateful she is to the network she’s built via Shatil.

Regarding the future of civil society in Israel, Asaf stressed the urgency of persevering in the work of social change, even as right-wing and extreme right-wing parties are poised to take power. Growing civil society has always been critical to maintaining democracy, he stated. Now the importance of such programming is even more urgent.

One significant upcoming training is Getting to Know the 25th Knesset, wherein Shatil consultants introduce new members of Knesset. Considering all the changes in the make-up of the Knesset and the notable lack of allies with shared values, Asaf believes this training will be crucial for civil society actors to strategize how they can best advocate for their issues.

Ultimately, Asaf emphasized that the role and responsibility of civil society has just grown exponentially. Therefore, so has Shatil’s role as the infrastructure which supports and develops these groups.

“We are in a very complicated place right now,” Asaf acknowledged, “so what’s important is to constantly be thinking outside the box, be dynamic, and this is exactly what the CPC trainings have prepared participants to do.”