Raluca Ganea carries the weight of Israel’s very democracy on her shoulders. And she has done so from an early age.

In 1982, when she was three and a half and living in Romania, little Raluca came home from preschool one day and announced to her mother: “You are not my mother. Elena (the wife of Nicolae Ceaușescu, Romania’s Communist dictator at the time) is the mother of all Romanians!” 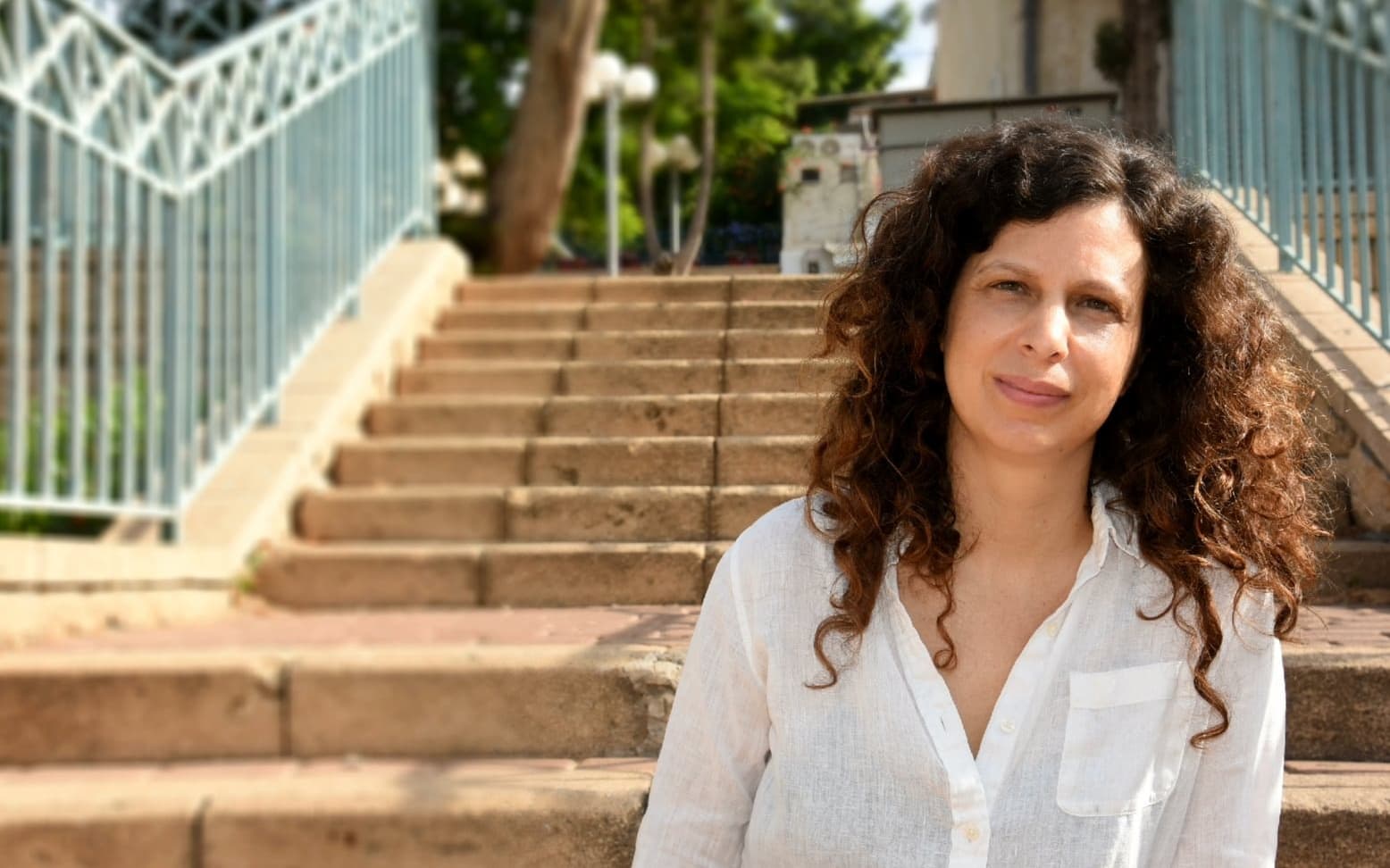 That was the straw that broke the proverbial camel’s back for the young couple. They decided they had to bring their daughter up in a democracy.

“My parents gave up everything for this move – their careers, their status. And the reason was not Zionism. It was democracy,” says Raluca, who is the founding director of Zazim — Community Action, Israel’s equivalent of LeadNow in Canada and MoveOn.org in the U.S., all part of OPEN, a global sisterhood of grassroots campaign organizations. Romania’s borders were closed at the time and the only people who could leave were Jews – and only for Israel, due to a deal between the Israeli government and the Ceaușescu regime, says Raluca.

“My parents did a very big thing for me and my sister, who was born here, and I was committed not to ruin it. So I grew up working for social change and especially for democracy.”

Yitzhak Rabin’s assassination in 1995, when Raluca was in 11th grade, was a formative experience for the young activist.

About a month before the assassination, Raluca had been watching the right wing demonstrations with their extreme incitement on television with her mother, who had said, “We have to do something.”

“I told her it was okay, because people like us will vote and that will make a difference. A month later, I realized how stupid my statement was. After the murder, I understood how important the activity of civil society was – not just during elections, but all year. And how dramatic and urgent and necessary it was.”

On the night of the assassination, Raluca had wanted to go to the demonstration in Tel Aviv (at the end of which Rabin was assassinated,) but her boss at the Jerusalem store in which she worked needed her for an inventory count. Rumours started coming in during her shift, and her bus home that night was full of Beitar Jerusalem fans returning home from a soccer game.

“They were all stomping on the floor with their feet, chanting ‘Death to Rabin! Rabin is a traitor! Death to the Arabs!’ No one, including the driver, said a word. I got off early and walked the rest of the way home. The experience on the bus led me to understand the full reason for Rabin’s assassination. He tried to end the occupation and he was leaning on the votes of the Arab MKs to do so. He touched on the two most controversial issues in Israel – the ongoing occupation and the delegitimization of Palestinian citizens as voters and as political representatives. These are Israel’s biggest moral stains and prevent it from being a true democracy.”

From the age of 20, Raluca worked in civil society, moving from writing position papers to mobilizing citizens to action, which she sees as the core activity of civil society. That led her to a staff position with Avaaz, a powerful, online activist network that promotes social change around the world.

Raluca believed there was no reason such a successful online campaign-based movement couldn’t work in Israel.

“Everyone told me it wouldn’t work here but it does,” she says. Zazim — Community Action, which she founded in 2015, launched in 2016 with New Israel Fund backing. It now has more than 200,000 members who have taken more than a million on- and off-line actions. One of their most famous was providing transportation to the polls to residents of unrecognized Bedouin villages in the Negev who otherwise would not be able to reach the ballot box on election day in April 2019.

“It was such a successful and powerful act of solidarity among citizens that it scared the Likud who attacked us with all their might,” says Raluca, who has two small children and finds the time to teach yoga. “After they failed to stop us in April, their appeal to the Elections Committee to forbid us from doing this was accepted in the September elections and we had to pull out at the last minute. But the infrastructure we built before the injunction order from the Election Committee could not be stopped, as it was not based on big funds as the Likud wrongly claimed, but rather on individual volunteers who heard the news and decided to act independently. So they simply drove to the Negev and gave the residents rides. You can’t stop real citizen action that comes from people’s own desire to act.”

Raluca sees a process of corrosion in elected officials’ accountability to citizens, which poses a challenge for Zazim – and for Israeli democracy.

“Our model is based on two things – active citizens and the accountability of decision-makers,” she says. “Our campaigns are based on people power, on mobilizing the public into pressuring decision makers. Each one of our campaigns has its own theory of change, but the basic one that is common to all them is that in a democracy, elected representatives have a basic incentive to respond to public pressure.

“But when something like Gantz joining Netanyahu’s government happens, after he based his whole campaign on promising the opposite, it damages the public trust in decision makers and in their own power to have an impact – by voting or by any other civic action – and at the same time, shows serious lack of accountability. It threatens to pull the rug out from under the basic elements of a functioning democratic society, including our model.

“But we’ve already developed a strategy to fight this trend. We are going to invest in building/restoring accountability and trust between the public and decision makers by targeting in our campaigns the moderate members of the government who have an interest in responding to our members. Also, we will campaign more on issues where our target is not the government, but rather municipal leadership, the private sector, etc.”

In the face of all these challenges, Zazim members give her hope. “Each time anew that they respond to a campaign it’s moving and inspiring,” she says. “It is a real privilege for our staff to serve this amazing community.”