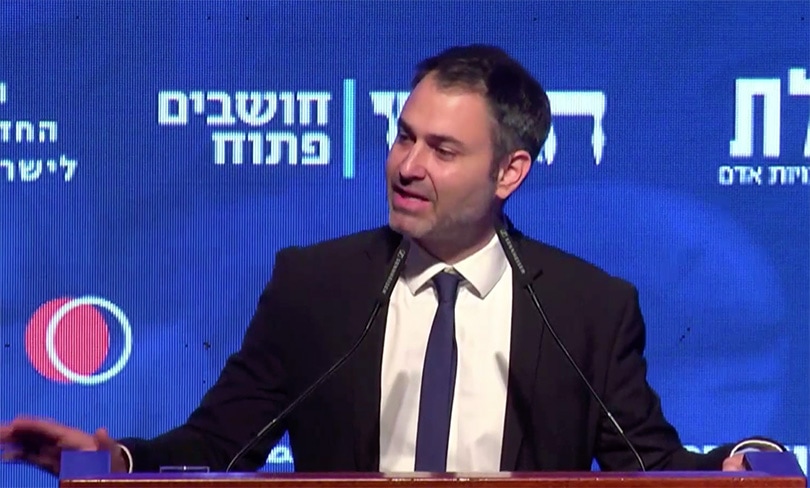 Earlier this month, the New Israel Fund in Israel and Zulat: Equality and Human Rights co-sponsored the Haaretz newspaper’s Conference for Democracy in Tel Aviv. The conference was attended by leading public figures, government ministers, MKs, and social activists who discussed the state of Israeli democracy in 2021 in the shadow of various political crises and the new coalition government. The main issue under discussion this year was populism, one of the most influential political phenomena affecting many of the world’s democracies, including Israel.

Mickey Gitzin, NIF’s Director in Israel, addressed the conference, saying, “Democracy is not harmonious and free of tensions. Without disagreement there is no democracy, and we cannot heal the world without a fight. The media’s main role as well as civil society, which I myself represent, is to challenge the government, correct it and file lawsuits against it in the courts. Sometimes, when we see things eye to eye, we can also help promote good policies. But we must be clear, without a struggle there is no change, and without change there is no progress, and no justice.”

He added, “The greatest achievements of Israeli society came through struggle: negotiating peace agreements, withdrawing from Lebanon, promoting equal rights for women and LGBTQ people, making sure our public institutions are strong, fighting against sexual harassment, advancing workers’ rights and fair pay, promoting economic planning in Arab communities, and more. These achievements have made all Israeli governments proud.”