In this new series for the monthly NIFC newsletter, we profile our prominent members, examining their commitment to NIFC and to Israel, and exploring their thoughts for the future. 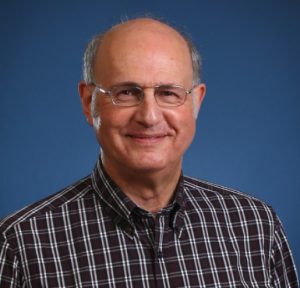 We begin with Joseph (Joey) Steiner, who joined our finance committee in 2018, becoming chair of that committee shortly after. Then in 2019, as his illustrious career as a litigator was winding down, he joined the NIFC Board of Directors.

Joey has a distinguished record of involvement in Israeli and Jewish affairs: he is a long-serving associate  member of the Board of Governors of the Jewish Agency for Israel, was President of the Board of Directors of UJA Federation, and has sat on the boards of educational organizations including the Board of Jewish Education and Bialik Hebrew Day School. He began visiting Israel as a youngster, has returned every decade since and now counts three or four trips there every year.

The interview was conducted by volunteers and NIFC supporters Harry Schachter and Daniel Gelfant.

Joey:  My personal politics have always been relatively left-wing. My father was the president of the Labor Zionist movement of Canada at one point.  My mother was very involved in Pioneer Women, now called Na’amat. Hot and heavy political discussions around the dinner table were pretty much par for the course.  I mean I was brought up in a very Zionist household. And you know when you kind of imbibe that– I find the story of the rebirth of a Jewish nation state to be very powerful, one also that I think is essential.

Q: So what was the appeal of NIFC then?

Joey:  I was concerned about the direction in which Israel was moving and, that would be just about coincident with the beginning of Netanyahu’s prime ministership….concerns about both internal issues, discrimination issues against minorities, against non-Orthodox Jews, as well as the external situation–meaning West Bank, Gaza, Palestinian issues, as opposed to internal civil rights human rights and  equality issues.

The New Israel Fund to my mind presented an on the ground practical approach to the issues of shared society. And even to the peace process.  I’m strongly of the view that it’s crazy for Israel to be taking steps which will render it impossible to have a peace along a two-state solution–steps like the settlements primarily, and the expansion of the settlements particularly those beyond the ones that are adjacent to the Green Line… and I must say it’s not just Likud:  I mean virtually every Israeli government since 1967 has been acquiescing in this settlement process and whether facilitating it or just sort of taking a hands-off attitude and letting it happen. I think none of the parties have really ever come to grips with the issue , and with where it’s taking the country, although I don’t think you have to be a genius to figure it out.

Q: How do you justify having a critical view of Israel?

Joey:  Critical view of government policy, although to be fair, it goes further than that because some of the public opinion polling by Israel is fairly disturbing. It’s not the Israel that the Founders contemplated that takes the Declaration of Independence seriously. It’s attitudes and actions which I consider wrong and wrong-headed… actions that I wouldn’t support in any country, and in my view Israel doesn’t get a pass in that sense. The only society which I can ultimately and over the long-term support is one that protects the values that a liberal democratic society protects. And I mean given the emotional attachment to Israel, certainly I, and I suspect most of the people involved in NIF, are not at the point of simply throwing up their hands and saying it’s hopeless and writing Israel off. We work with all these organizations, civil society organizations, which are trying to achieve that sort of society and that sort of government in Israel.

Q: How have you seen Israel change over all those years and how have your own feelings about Israel evolved in that time?

Joey: Certainly they have evolved.  My parents took my brother and me to Israel for the first time in 1954. I was not quite eight years old. And I guess I wasn’t there again until 1967. I remember the euphoria and being totally taken up by the euphoria after the 1967 war, and not really giving any thought to the implications of the conquest of the West Bank which have become of course steadily clearer over time. So I guess that’s the largest thing that has influenced my attitude towards Israel, is watching what has happened partly in the peace process though I must say and perhaps unlike some of the others in the New Israel Fund I’m concerned about an attitude which blames the failure of the peace process almost entirely on Israel. And I think left-wingers tend to give the Palestinians a pass too often and too easily. But going back to what I said before, even if peace is not around the corner, you don’t do things which make it impossible to achieve. I don’t think Israel can, as Netanyahu seems to think, annex this piece and that piece and choose what they’re going to annex and not annex. I think the Palestinian Authority will just collapse and Israel will inevitably have to take responsibility for all of the West Bank and then it will be faced with the issues about citizenship and rights and all of that. And you come to the immediate conflict between Jewish state and democratic state. My fear is in terms of the way things are going now they would opt for Jewish and not democratic. I’m not sure how long the world would tolerate that.

Q: How important is the New Israel Fund’s role in the support of the civil society, building organizations?

Joey: The amounts of money are not gigantic but they are significant. They are pretty much the only external support for these organizations. The ability to fundraise in Israel historically for all kinds of causes whether political or non-political is just not the same as it is in diaspora communities. So I think that the financial contributions that NIF makes plus the assistance that New Israel Fund, for example for Shatil, can provide to these organizations to assist them in promoting their particular issues and their particular views is very important.

Q: What about here in Canada. What should NIFC be focusing on?

Joey: One of the areas is education and bringing speakers and developing materials, so that people start to think more and more clearly about the implications of what seems to be the not very well thought out steps that are being taken in Israel.

Q: How much fertile ground is there to engage new support for NIFC outside the traditional support from the left wing?

Joey:  I think if you approach them first on particular issues such as equal opportunity for Arab citizens of Israel, getting rid of the chief rabbinate monopoly on marriage, divorce, burial — for some people access to the Kotel… Those are issues on which I think we can develop common cause with a lot of Canadians, including right-wing Canadians.

Q: Are you an optimistic person?

Joey: I think I have to say I’m a person who has not given up hope and who refuses to give up hope, but I sometimes wonder how realistic I’m being. I just find what is going on in Israel very disturbing and while it’s a certain amount of comfort to be taken from the latest round of the elections, I think it’s limited.