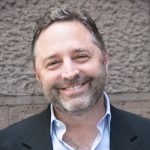 It’s been 24 days since the 36th government of Israel was sworn in; 24 days full of the stuff that makes this political moment unique. On the one hand, a re-routed settler flag march in Jerusalem, on the other LGBTQ pride parades across the country; on the one hand continued uncertainty and new demolitions for Arab residents of East Jerusalem, and on the other, historic and encouraging visits by Foreign Minister and Alternate Prime Minister Yair Lapid to the UAE and now-former President Reuven Rivlin to the White House.

These twenty-four days are also the start of a new era for NIF and our allies, one full of challenges, but also very real opportunities.

This is a government that contains multitudes. Its opportunities and challenges are two sides of the same political coin. But after 12 years in a defensive crouch — where all too often it felt like we were simply trying to keep things from getting worse — this new government contains real opportunities for us to help make things better.

The coalition agreement, signed by rotating Prime Ministers Naftali Bennett and Yair Lapid stipulates that, in its first 45 days, the government will recognize three villages in Israel’s Negev and present a plan to regulate others within nine months. What’s more, it will expand and upgrade the plan for Palestinian economic development, working to take into account the years of neglect – on issues of housing, infrastructure, health and education – that have been wrought on the Negev Bedouin communities by governments that came before.

This new government represents a historic first: It includes Ra’am, the first ever independent Palestinian-Israeli party to join an Israeli governing coalition. If Ra’am, with the help of the civil society organizations that paved the way (along with the majority-Arab Joint List party, now in opposition, but aligned with the values of truly shared society), can deliver on its promises, it will send a critical message to Israeli citizens – Jewish and Arab alike.

It will make it clear that investing in the political system, organizing in communities, and voting in elections can pay real dividends and lead to real changes. It will show what political legitimacy for Palestinian citizens of Israel can look like.

NIF project partners have been working in this space for a long time, laying the groundwork. Building rights for Bedouin in the Negev have been flagship issues for NIF project partners like Bimkom: Planners for Planning Rights (a NIFC-funded project) and the Negev Coexistence Forum for years. The fight against violence and crime in Arab communities, led by NIF’s project partner the Aman Center and the Committee of the Heads of Arab Authorities is another area that is likely to see marked improvement. The new Minister of Internal Security, Labor’s Omer Barlev, and those working with him from Yesh Atid are people who share many of our goals of developing a new approach towards policing in the Arab sector. Investments in Palestinian health, with the leadership of the new Minister of Health – Nitzan Horowitz of Meretz – are also on the way, to the tune of NIS 1 billion. And, after the violence that rocked Israel’s mixed cities last month, shared society initiatives in which Arabs and Jews act in partnership and not in enmity are on the rise, brought together by NIF’s Shatil Center for Social Change and through a bevy of organizations like Givat Haviva (a NIFC project partner), Mahapach Taghir (a NIFC project partner) Sikkuy, Abraham Initiatives, AJEEC, Standing Together, Have You Seen the Horizon Lately, and Wahat al-Salaam/Neve Shalom, not to mention those who will soon become NIF project partners through our Bridge the Divide campaign, our open call for shared society projects.

Notwithstanding these opportunities, the government is no panacea.

Real challenges remain. This is a government made up of parties of the left, center, and right, and its fragility may well prove to be its greatest source of strength — no single interest group can steer it too far in any direction. But this also means that, while hot potato issues — certainly those related to occupation and the settlement enterprise, but also discrimination against Palestinian citizens of Israel — are not likely to get too much worse, they are also not likely to get much better.

This week’s Knesset drama around the Family Unification Law is case and point. Since 2003, the Knesset has upheld a discriminatory amendment to Israel’s Citizenship Law that blocked Palestinian families from living together. The measure was passed at the end of the Second Intifada as a security precaution to prevent West Bank Palestinians who sought to do harm to Israeli citizens from taking advantage of spousal rights to get residency in Israel and perpetrate an act of terrorism. It is a temporary law and requires the Knesset actively extend it every year, and it is known by what it is not: a family unification law.

For the last eighteen years, successive right-wing Netanyahu governments have had no trouble extending the law, continuing to deny Palestinian citizen the basic right to live with the people they love (and with exceedingly scant proof that most of the thousands of applicants for spousal residency rights present any real danger to society).

But, last Monday, for the first time, this law failed to pass. In a 59-59 vote, this racist temporary measure finally came to an end.

The end of this law is a victory for human rights in Israel. But we must also remember that this is a complex, multi-faceted government, fragile and stable all at once.

The Family Unification Law was a compromise measure Prime Minister Naftali Bennett and his second-in-command Ayelet Shaked wanted to pass. It failed for two reasons: First, because the entire opposition — from the entire slate of the Arab Joint List, who opposed the bill in principle, to the Likud, who opposed the bill to embarrass the government — voted against it. Second, because two MKs from Ra’am abstained, and one far-right member of Yamina, Amichai Chikli, voted with the opposition against the measure. This is the kind of vote that happens only when both the government and an opposition are made up of strange bedfellows.

Still, Shaked, formerly Israel’s Justice Minister, now its Interior Minister, has said that she will do everything she can to deny applications for legal status from successfully making their way through her ministry, and most likely bring the law back to the Knesset for a vote soon.

This means that, even as we count this as a victory, NIF and our sector must remain vigilant.

It’s worth noting that, even as the Knesset split down the middle, the government held. Its shaky confidence indicates what we already know: On the one hand, this coalition promises tremendous opportunity and potential movement towards levelling the playing field for Palestinian citizens and for all Israelis, while on the other hand, pursuing justice for all and a shared society where Jews and Arabs enjoy the same rights, requires a deep understanding of political dynamics and a profound willingness to stand up and fight for what’s right.

As issues like these are negotiated – inside and outside the government – NIF and our partners will be there: initiating, strategizing, organizing, and working alongside our allies, some of whom now sit in ministerial offices in the Knesset.

No matter the opportunity, no matter the challenge, we will be standing with them, and with progressive Israelis and Palestinians who are working to make Israel a more just and equal place.