A letter from Board Member Norm Hanson 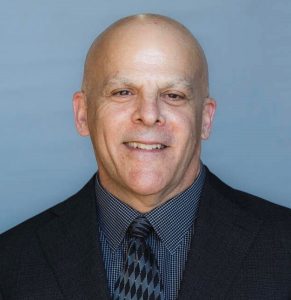 Norm Hanson has been on NIFC’s Board since 2012. He writes this letter before leaving the Board at the end of 2019.

I write you this letter following a week in Israel–probably my 30th trip here–visiting my daughter and her family in Tel Aviv. A lot has happened in Israel since my first joyful experience here as an 18-year-old from Edmonton, Alberta. I’m worried about what is happening to this place.

In 1976, my first trip to Israel was my first “real adventure” after high school. At the time, the Entebbe rescue mission had revitalized the country’s sense of optimism. I toured the entire country with my Israeli cousin and fell in love with the place and the people. Thanks in part to good Hebrew skills (thank you, Talmud Torah Edmonton) and my relatives, I experienced the palpable energy and determination of Israelis.

Fast forward to this week, as a sitting Israeli prime minister faces indictments on serious criminal charges for the first time in the country’s history, and speaks in increasingly dark and dangerous ways about “attempted coups” by the very institutions that are key to any democracy.

This is happening in democratic societies around the world, but to witness it up close here is chilling and unnerving.

There are many forces in Israel that are inciting citizens to distrust their police, state attorneys, and judiciary. These forces also declare almost daily–many in vile and overtly racist ways–the dangers of Arab-Israeli citizens as a sinister fifth column. (Does this ring bells for any of us?)

My strong emotional bond and connection to Israel are perhaps even stronger than ever, thanks in large measure to the New Israel Fund of Canada.

I am a Zionist and a defender of the State of Israel who continues to believe mightily in a democratic country that is at the same time the home of the Jewish people, as well as a just and fair country for all of its citizens and inhabitants.

These are values that I cherish here in Canada and I do not abandon those principles when I pass through border control at Ben Gurion airport.

Through my involvement with the New Israel Fund of Canada as a donor and board member, I’ve met Israelis from a wide cross-section of society who protect and preserve the democratic foundations of the state, even as many in the political realm here seek to undermine them.

I’ve witnessed the efforts of ordinary Israelis doing extraordinary things to seek solutions to the country’s most difficult challenges: seemingly intractable problems around social and economic justice, religious pluralism, and a shared society between the Jewish majority and diverse minorities.

The list of inspiring Israelis that I have come to know is long and they are all remarkable people. Right now, they are engaged in struggles which oftentimes seem unwinnable, yet they continue to struggle nonetheless–and even win important victories.

This is all thanks in no small measure to the support they receive from Canadians like you and me. So much inspiring work is made possible by the donations from us in Canada and thousands of donors around the world.

Every time I’ve had the opportunity to work with other NIF supporters and volunteers in Canada, and the Israelis on the ground doing the hard work, I have been witness to the complexities, maddening contradictions, and challenges of this place, but also to its inherent beauty–and the potential it still offers, but has not yet realized. Our work is not even close to being finished.

Before I flew home, I walked through central Tel Aviv to my granddaughter’s daycare, enjoying the sounds of Hebrew on the streets. I know that my love of Israel, though different and more nuanced than that of my 18-year-old self, remains as strong as ever. I am more committed than ever to the idea of this place.