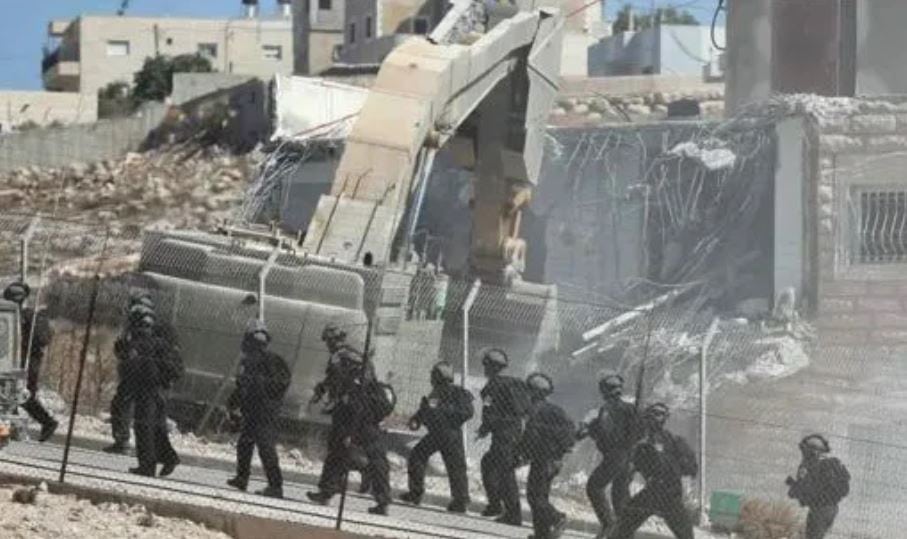 NIFC project partner Breaking the Silence recently published a landmark report on Israel’s Civil Administration, known more formally as the Coordinator of Government Activities in the Territories, or COGAT. Breaking the Silence has documented the experiences of IDF soldiers serving COGAT during their army reserve duty in a new report titled “Military Rule.” The second chapter is titled “Bureaucratic Violence,” and details what Israel’s military permit system entails for many of the residents of the West Bank and Gaza Strip. COGAT soldiers are largely concerned with issuing and processing paperwork for medical, work, and travel permits, the flow of imports and exports, as well as infrastructure planning and the allocation of natural resources.

The booklet was launched at a public event on July 26, with speakers from Gisha, HaMoked, and B’tselem. Palestinians invited to speak could not secure the required permits to attend. The testimony collection has also received media attention, including two articles in Haaretz, as well as coverage in The Guardian and Le Monde.

The coverage in The Guardian quotes 29-year-old Joel (Jojo) Carmel, who worked in COGAT. He says that “Before I went to the army, I considered myself a centrist, politically speaking. I knew broadly about the occupation and the combat side of things. But it was so boring, so bureaucratic … It wears you down.” He added, “You don’t have time or energy to think of Palestinians as people. They are just numbers on a computer, and you click ‘yes’ or ‘no’ on their travel permit applications.”

“We were told in training that everything we were doing for the Palestinians was basically generous, a favour. We didn’t question the bigger picture, like why there are no decent hospitals in the territories, so people have to travel,” said Carmel, who first served in the Gaza Israeli-Palestinian military coordination office, and then in the city of Jenin in the north of the West Bank.

“The army raids your house at 2 am and then at 8 am you still have to get in line for hours for a permit for the most basic administrative stuff,” he said. “I think that’s something a lot of Israelis don’t realize. It’s not the carrot and the stick, it’s the stick and the stick. It’s the same thing.”

The article notes that “While putting together the project, Breaking the Silence’s interviewers found that repeated themes began to emerge: the use of collective punishment, such as revoking an entire family’s travel permits; the extensive network of Palestinian agents cooperating with COGAT’s Civil Administration, which governs parts of the West Bank; the considerable influence of Israel’s illegal settler movement on the Civil Administration’s decision-making processes; and arbitrary or baseless blocks on goods allowed in and out of Gaza.”

Click here to read the full article in The Guardian.