Meet Kaltom Hussein, Director of Development at Women Against Violence

Kaltom Hussein, Director of Development at Women Against Violence (WAV), loves her job in part because the WAV team knows how to make its office into a place people love to be. The talented team update one another and brainstorm over coffee every morning and lunch every afternoon.

“We share all our worries, all our concerns,” says Kaltom. “We are a unit, not individuals who come to work and go back home and that’s it. We really think together about how we can network between the different projects, and with other organizations for maximum impact. We support each other. No matter what I am facing, I can be certain I can share it without being judged.” 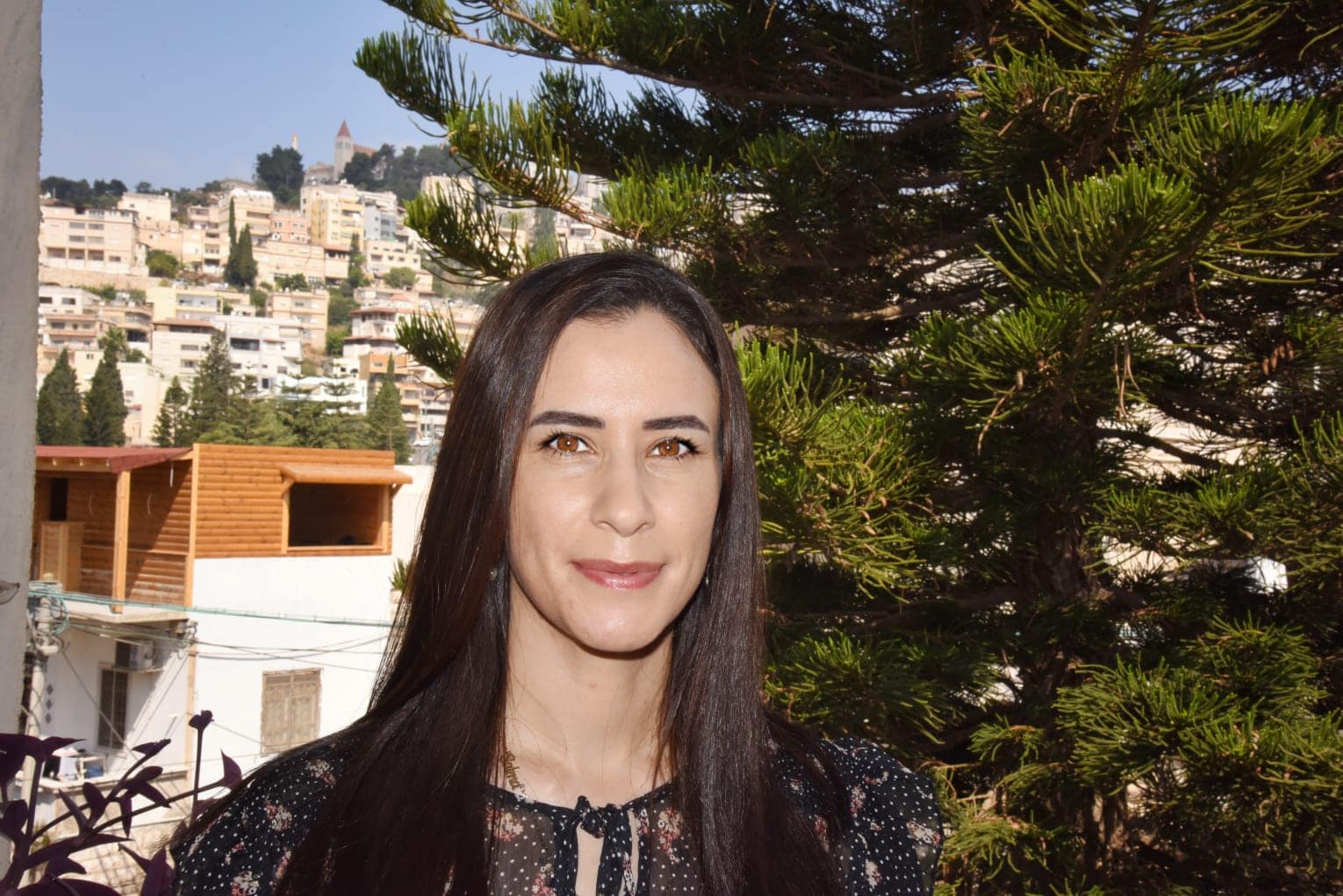 “That hopeless feeling transformed into strength”

“We discuss what we worked on the previous day and what is happening in the community,” says Kaltom. “Unfortunately, now it’s a lot about the almost daily killings. There were six last week. We discuss what we can do about it, how we can work with youth and the community to prevent violence in general and not just against women, how we can express solidarity with the victims’ families, what we can do in our advocacy efforts.”

The murder of a young groom-to-be from Kaltom’s village a few days before his wedding affected her deeply. She began to lose hope.

“I came to work and asked, ‘Why are we doing this?’

“We put in a lot of effort, but killings are increasing. But then during the day, I realized, social change is cumulative. We are doing our best and if we weren’t here, it would be worse.

“And if I – a person who is propelled out of bed every day by the desire to create a better society for my children – feel hopeless and helpless, who will be there to fight?

“After an hour or two, that hopeless feeling transformed into strength and that very day, I wrote a proposal for preventing the spread of illegal guns in the Arab community by reviving the work of a coalition of women’s organizations called Guns on the Kitchen Table.”

The rich daily exchange results in real impact: WAV has more than doubled the organization’s activities in her 11 years there. Each year, more than 1,200 women approach the WAV crisis center. Their two battered women’s shelters – which currently care for 24 women and more than 60 children – are always filled to capacity. 3,500 people attend their lectures and workshops and they reach 30,000 youth each year.

“My marriage is not my life’s project”

On the day we speak, Kaltom shows me an illustrated calendar titled, “My marriage is not my life’s project.”

Aimed at teenagers, stacks of them had just arrived at the WAV office. It’s a project the organization is planning for International Day for the Elimination of Violence against Women. The book features photos of women, as well as quotes on every page to inspire young people such as “My rights are not for sale.” On a photo of a bride are the words: “My life doesn’t depend on being married” and “My work, my education, my ambition, my success, my independence are not connected to marriage.”

The notebook also discusses what one should do if one knows an underage marriage is planned and gives information about WAV’s resources. The notebooks will be distributed to youth groups and schools along with postcards and stickers for laptops with the same logo.

Also planned for that day is a project that grew out of a collaboration with a design student. The student called one day and asked WAV for the names of all the 328  Israeli Arab women killed since 1929 for a final project. The result is a new web site called “Enough!” that will feature a story for each name and a light installation made up of all the women’s names that will be beamed on buildings in ten cities for 16 days, accompanied by community events. WAV will also launch an app enabling women to reach the WAV crisis center with a click as well as information on their rights and what to do if they are victims of violence.

What does the social change she is working towards looks like?

“They are afraid of change,” says Kaltom. “Change is hard for all of us. But some people dare to work towards it and some don’t.”

WAV’s allies also include people from the same group as their adversaries. For example, the mayors of 20 Israeli-Arab cities and towns joined WAV in an Equality Pact in which they committed to working on women’s rights in decision- making, employment, and living without violence. WAV is working with 15 of them to develop a strategic plan to prevent violence against women.

If she had more resources, Kaltom would work to revive the regional Salma Network – a coalition of Arab human rights and feminist organizations in Israel, the Occupied Territories, and the Arab world. Through the coalition, WAV worked intensively during the Syrian crisis with refugees who were victims of sexual assault and abuse in refugee camps in Jordan, training women to establish crisis centers. She would also work to reach greater numbers of young people. And she would further WAVs work on developing a kibbutz-like village for women in distress.

What is she most proud of? “Our being here despite everything. Standing up and working for equality and freedom from violence and discrimination,” she says.

To NIFC donors, Kaltom says: “You are partners in everything we do. Come and see the work you make possible for yourselves! I could be the best report writer and still not convey what you can see with your own eyes. You make our work and our activities possible.”

READ PART ONE OF KALTOM'S PROFILE
Support Our Work