Israelis are calling out corruption 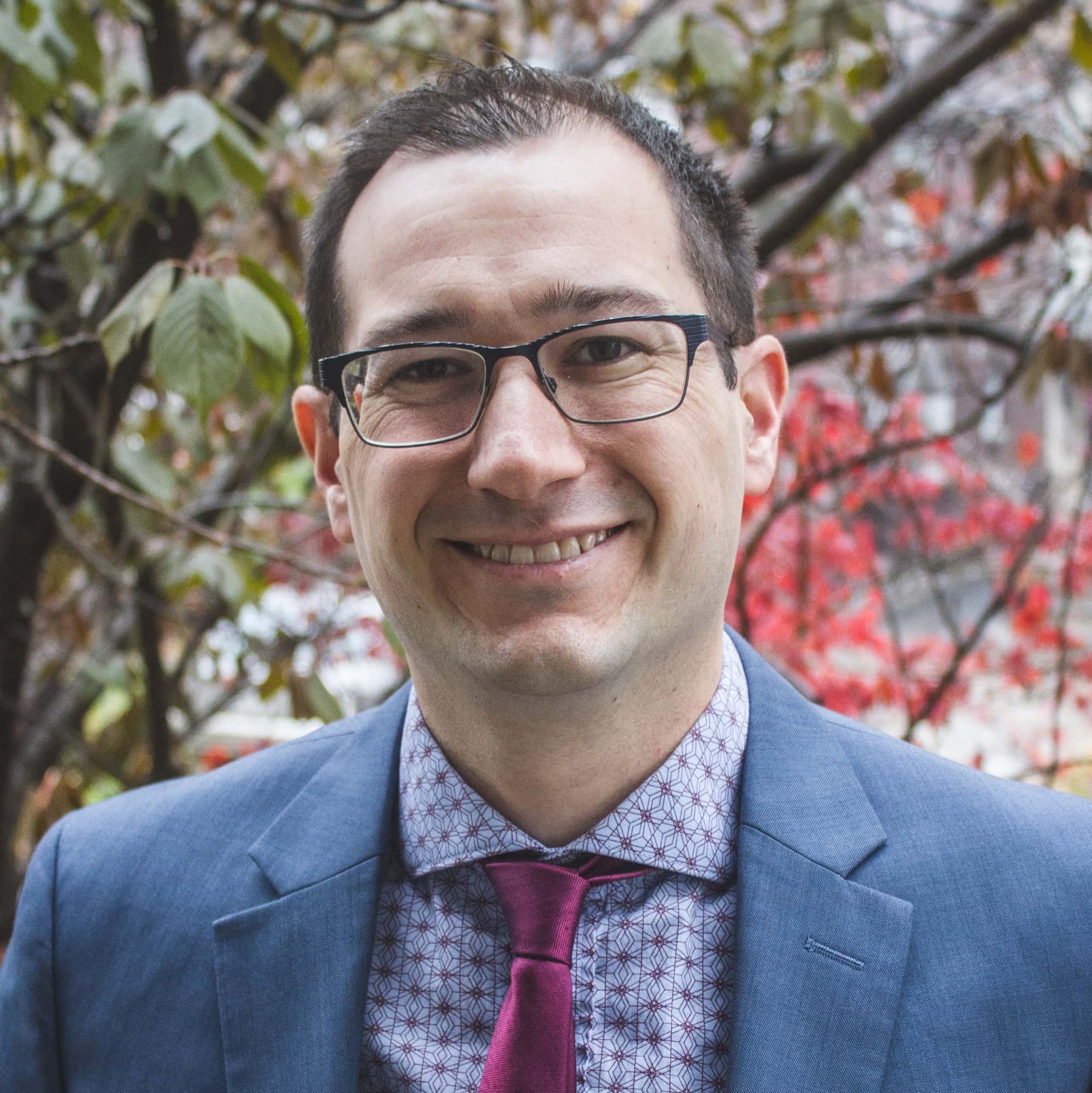 Around the world, the challenges posed by the coronavirus pandemic have highlighted the value of effective government. Here at home, most Canadians are looking over the border at the misfortune of our southern neighbour.

Unfortunately, Israel’s rate of COVID-19 infection per capita has skyrocketed to the sixth-highest in the world; a shocking reversal from just a couple months ago. Why?

A prime minister distracted by his own trial for bribery, fraud, and breach of trust formed an “emergency coronavirus government” and – instead of focusing on public health – began a breakneck rush to annexation, tabled new bills against judicial independence, and instigated other culture war issues. The past few weeks of civil society backlash have sunk the government’s popular support and it is now attempting to refocus on the intensifying health crisis.

On Tuesday, Sigal Sadetzki, the leading epidemiologist heading Israel’s coronavirus response (or Israel’s Dr. Fauci), resigned in protest of the government’s mismanagement. “The compass handling the pandemic lost its direction,” she wrote in her nine-page resignation letter she posted to Facebook.

As political expediency has overtaken the public interest and good sense in government decision making, the outrage of average Israelis has only grown. As COVID-19 cases surge beyond the point of containment, Israelis are fearful of both the increased likelihood of infection and of the dramatic economic insecurity that comes with more shutdowns.

A survey by the Israel Democracy Institute found that public trust in Netanyahu’s ability to respond to the crisis has “declined dramatically.” Early on in the crisis, the prime minister was seen as having acted swiftly to contain the first wave; he commanded the confidence of over half of the Israeli public. By July, that number plummeted to less than 30%.

Over the weekend, the now-regular anti-corruption, pro-democracy “Black Flag” protests (so-called for the ubiquitous black flags which came to symbolize a warning that democracy is in danger) surged to a crescendo. Thousands of Israelis, gathering in Jerusalem, Tel Aviv, and over other 200 cities and highway interchanges across the country, demanded an end to government corruption. In a vast display of civic mobilization, they protested the inept, callous, and insufficient government response to the terrible new wave of the virus.

Five months into this global crisis, nearly 25% of Israelis — almost one million people – are unemployed or without income. They have received little economic relief from Israel’s government.

From the outset of this crisis, NIF grantees, including NIFC’s funded partners, have advocated for an equitable and inclusive economic response which ensures that the most vulnerable and marginalized communities are provided for.

Israel’s civil society has been the backbone of the movement for responsive government and democracy. 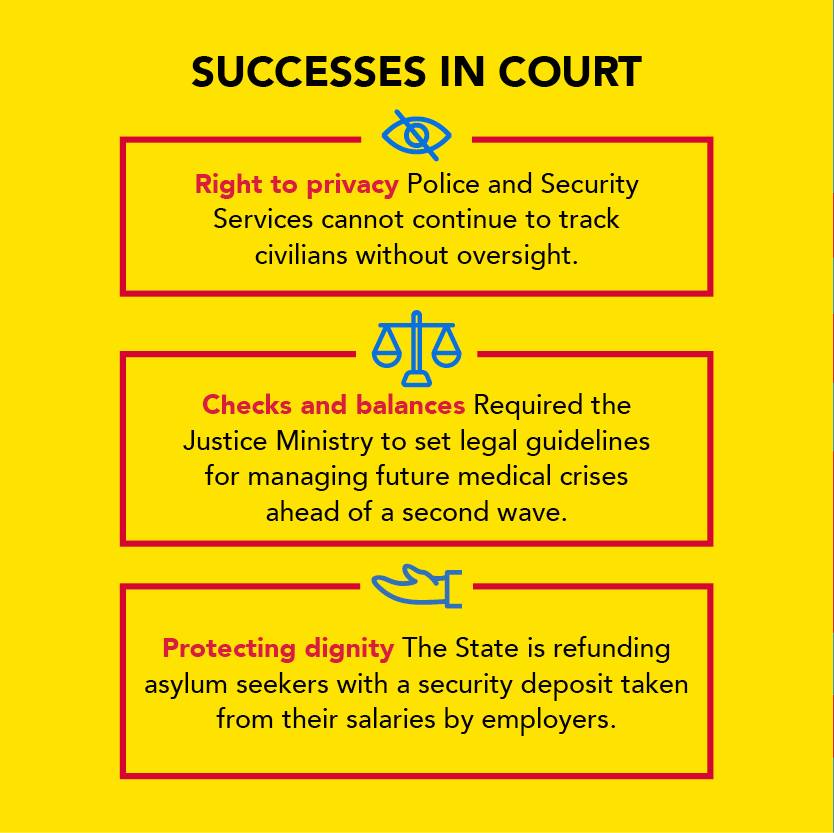 ACRI’s successes in court during COVID-19

At the very start of the pandemic, our flagship partner the Association for Civil Rights in Israel (ACRI) won a string of Supreme Court victories that rejected the government’s attempt to sweep aside democratic protections under the misleading auspices of public health. ACRI prevented the complete closure of the court system, required Knesset oversight the secret service’s use of cell phones to track coronavirus cases, and cancelled the “Deposit Law” that unfairly garnished the wages of asylum seekers. 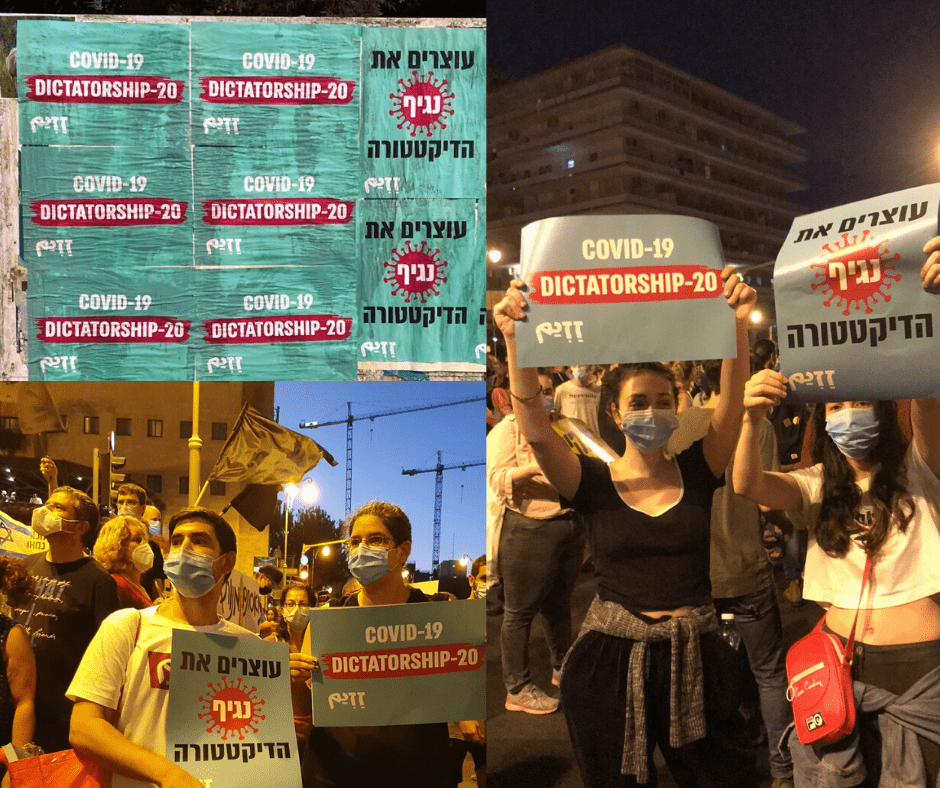 Elsewhere, Zazim, Israel’s online mobilizing platform and one of our Canadian-funded partners, has run campaigns in support of the anti-corruption protest’s dual demands: defending democracy from crisis-time government overreach and equitable economic relief. Zazim’s posters hang throughout Jerusalem and their masks and signs calling to “end the plague of dictatorship” can be seen at the protests taking place around the country.

Yet, instead of listening to the legitimate demands of the public and the voices of tens of thousands of citizens who are desperate in the face of the economic crisis, the government responded with tear gas, detentions, and conspiracy theories.

In scenes familiar to anyone watching the crackdown on racial justice protests in the US, police fired water cannons and tear gas to disperse demonstrators. Netanyahu’s pliant Internal Security Minister Amir Ohana ordered the police to prohibit protests in front of the prime minister’s residence in Jerusalem — who reportedly informed him this was against the law.

In the face of mounting protests, Netanyahu dispatched his government ministers to malign citizens seeking relief. Miki Zohar, a Netanyahu loyalist and the current coalition chairman tweeted that the protests represented “a coordinated propaganda campaign orchestrated by leftists, with almost the complete backing of the media, to topple the right wing.” Prime Minister Netanyahu himself, echoing a conspiracy theory pushed by his 28-year-old son Yair, sought to discredit the protesters by falsely claiming they were supported by the Wexner Foundation – with money tied to the late sex-trafficker Jeffrey Epstein.

Yet, these draconian measures have not managed to shut down the public outcry, which has only grown louder and more sustained. At a time when the legitimacy of civil demonstration is under assault – in Israel and across the world – NIFC is at the forefront of defending the freedom to protest in Israel.

We have seen these tactics before. Conspiracy theories are tools to distract the people and sow distrust. But they won’t succeed in diffusing Israelis’ collective demand for democracy and responsive, responsible government. Even prime ministers, despite their immense power, are not more powerful than the citizens of Israel when they organize to demand change.

In fact, we shouldn’t forget that just a month ago, it was all but certain that Israel’s government would annex some or all of the West Bank. Instead, Israeli domestic and global outcry played a major part in forestalling it. Can we claim victory that we successfully defeated annexation? Maybe.

The New Israel Fund of Canada — as always — will make sure that those working for equality and democracy in Israel are equipped for the fight.