An Israel at Peace with Itself: Solutions to Racism and Inequality (Virtual Vancouver Program) 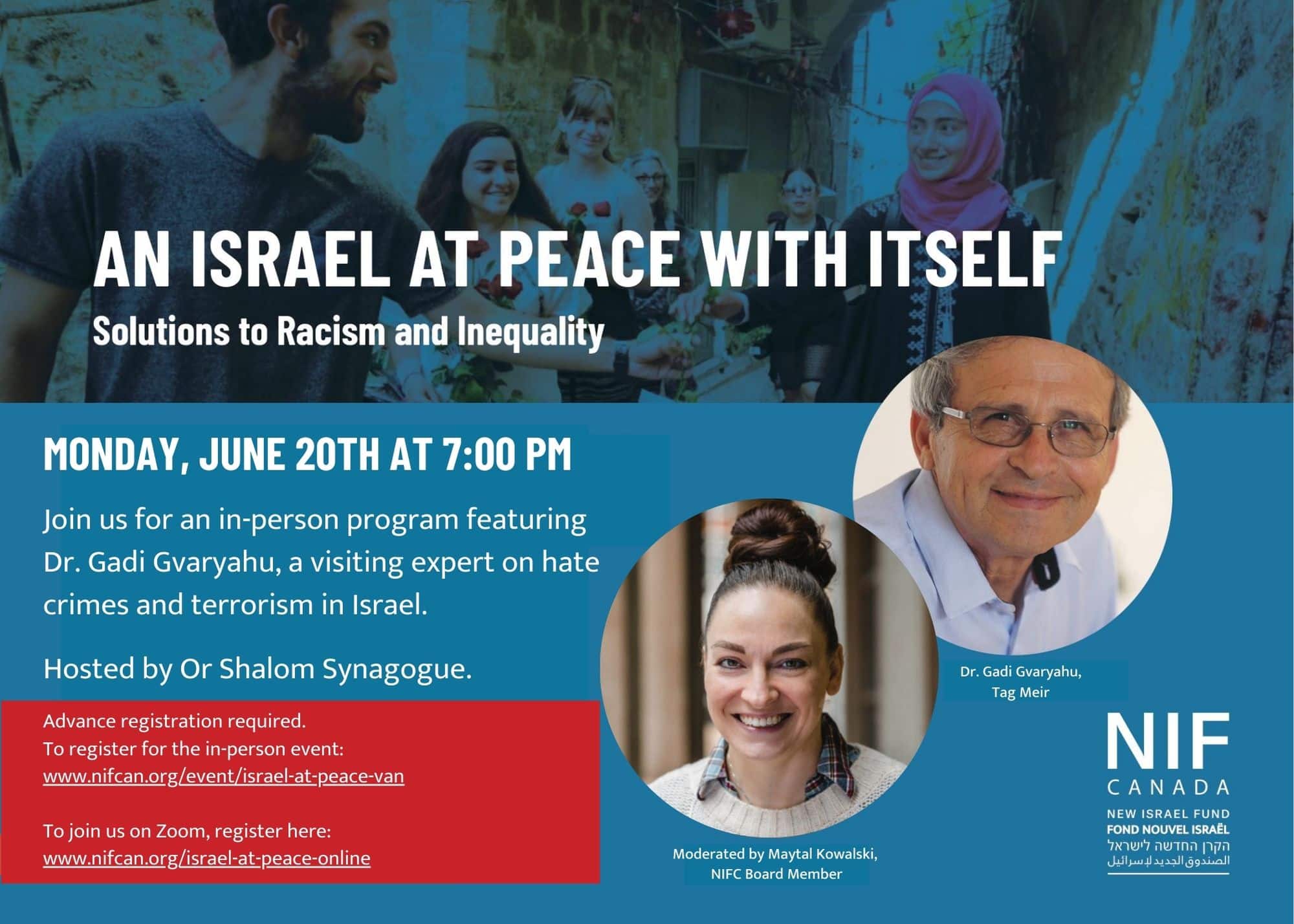 One year ago, citizens of Israel — both Jewish and Palestinian — attacked each other in the streets, exposing deep-running animosities within society. To many of us, this came not as a surprise but as a consequence of years of inequality and racism.

In the year since, the underlying issues remain. We’ve seen violent dispersals of Bedouin protests, Jewish extremism, and deadly terrorism. But we’ve also seen important changes – and a government that includes Palestinians for the first time.

Join us online to hear from Dr. Gadi Gvaryahu of Tag Meir, a coalition of 48 organizations combating hate crimes and terrorism in Israel.

Advance registration is required. Please fill out the form below to register and receive the Zoom link.

Click here to register to join us in-person at Or Shalom. 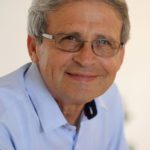 Dr. Gadi Gvaryahu established the 12 Heshvan organization, following the assassination of Prime Minister Yitzchak Rabin.  The NGO is named for the anniversary of that assassination.  He began the NGO with the establishment of the Yitzhak Rabin Memorial Synagogue in Rehovot, where Gvaryahu resides.  In addition, he initiated the founding of a number of middle schools and high schools that promote academic excellence along with moderate, pluralistic and democratic religious Zionism.  For the years since then, Dr. Gvaryahu, an Orthodox Zionist has been fighting religious extremism in Israel.  He founded Tag Meir (Light Tag Forum), in order to counter the darkness of ” Price Tag” attacks, with light and goodness.  The Forum now includes 49 organizations from various worlds that compose the complexity of Israeli society. Gvaryahu holds a Ph.D, from the Hebrew University of Jerusalem, in Animal Physiology and Behavior. In addition to his social entrepreneurship, he serves as a consultant for poultry breeders and farmers throughout Israel.

Tag Meir (Light Tag Forum) is a coalition comprised of 48 organizations from across the religious-secular spectrum that works to combat “price tag” attacks and hate crimes.