Growing up, I had always been overwhelmed with the issues in Israel. My parents had extremely polarized views of the country and, torn in the middle, I became confused, disengaged and apathetic. Once I left Israel at the age of three, I didn’t ever consider returning.

Years later while in university, I began working on refugee advocacy and specifically, on the issue of African asylum seekers living in Israel. Through my involvement in this issue, I learned about the New Israel Fund, which advocates and supports the rights of the asylum seeker community in Israel. A fellow refugee advocate happened to mention New Israel Fund’s new program – the Naomi Chazan Fellowship – which offers young activists a chance to explore social issues in Israel and the Occupied Territories. Only a few months later, I was on my way to Tel Aviv as a member of this new program, joining a global cohort of activists from the United States, U.K and Australia. 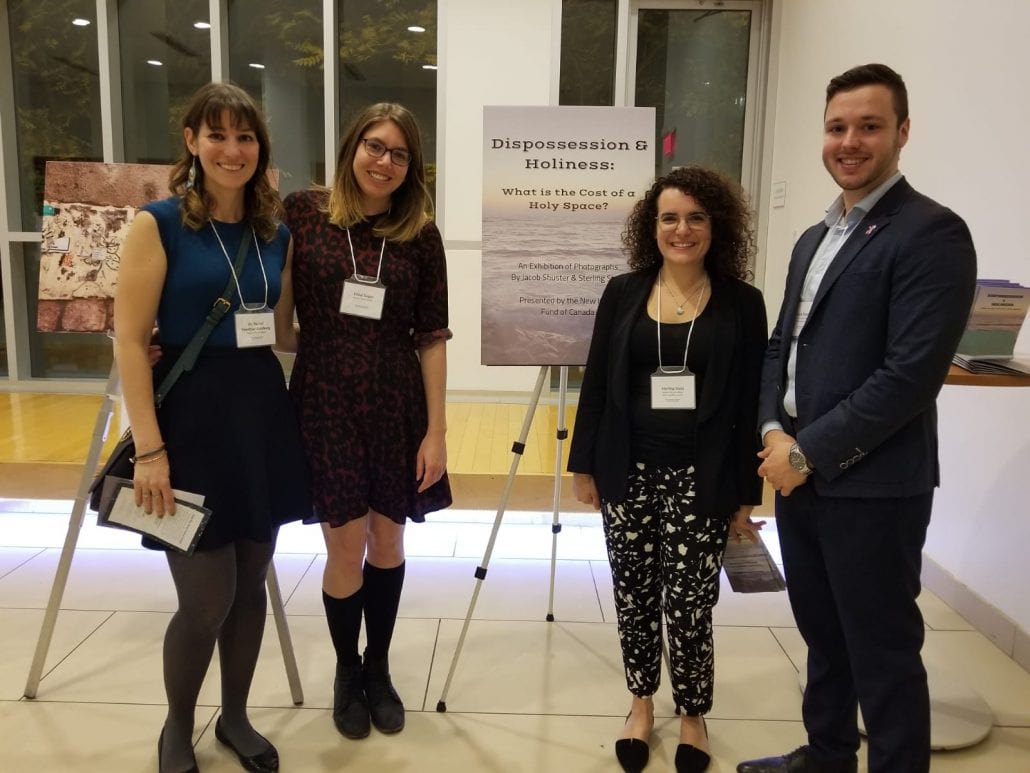 The trip was eye-opening. In an incredibly short time, within a tiny place, our group was taken through what felt like different worlds. We visited unrecognized Bedouin villages and development towns in the Negev, we toured Hebron, and met with many Jewish and Palestinian civil society leaders and activists in Jerusalem and Tel Aviv.

What stood out to me immediately was the impact of these leaders, whose words and involvement on the ground have stuck with me until today. Anat Hoffman, founder of Women of the Wall, was a tremendous inspiration to me. Anat has been at the forefront of the decades-long fight for women’s right to equality at the Kotel. She has faced arrest and all kinds of abuse along the way. While many try to convince me that the Jewish diaspora has no role in Israel, Anat taught me that we not only have a right to raise our voices but actually have a duty to speak up. 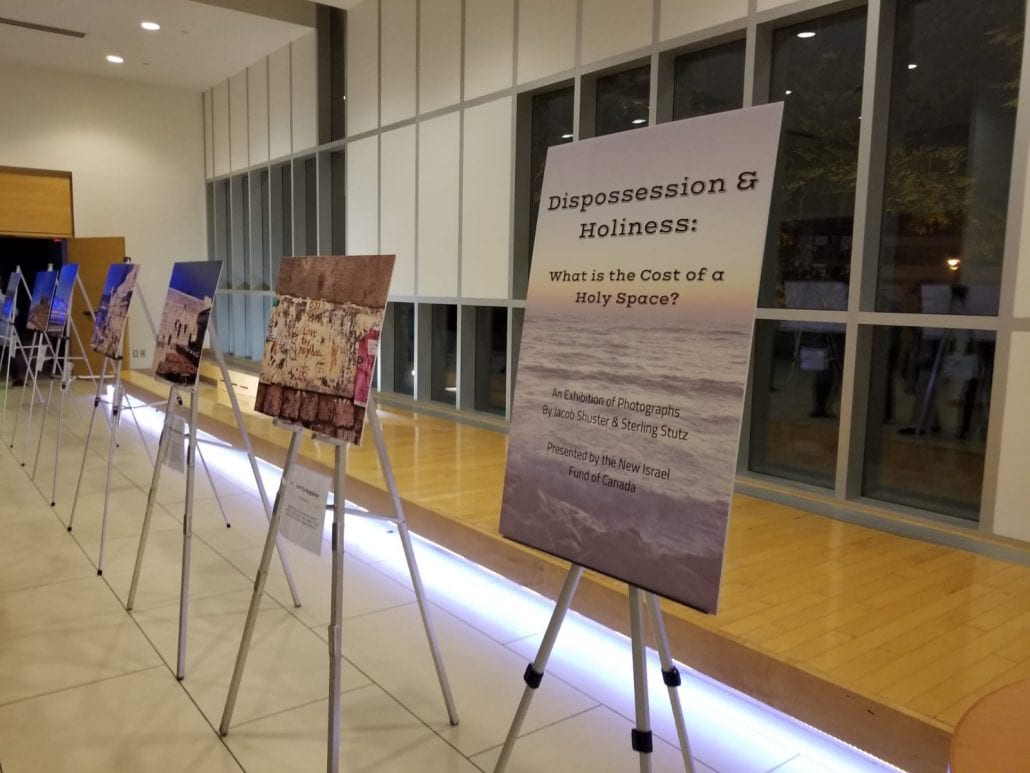 Another inspiring activist I met was our tour guide in Hebron, Frima “Murphie” Bubis. Murphie is a former IDF soldier who leads tours in Hebron with Breaking the Silence. Murphie is consistently hounded by Jewish settlers who orchestrate harassment and physical violence against her as she attempts to take groups around Hebron. I witnessed their severe harassment first-hand and was stunned. Murphie showed me the unrelenting spirit of the Israelis who place a mirror up to their society and expose the moral price we all pay for the occupation.

Ultimately though it was meeting ordinary people throughout Israel and getting the uncensored narrative, which helped me understand the layers of challenges they face going about their daily lives.

Coming back to Canada, I had more questions than answers. However, this rich experience had provided me with valuable insights, which frequently came up in conversations with my family and friends. I felt like I had become a part of the conversation. Shortly after the trip, one of the other Canadian fellows and I curated and shared a photography exhibit from our study tour. 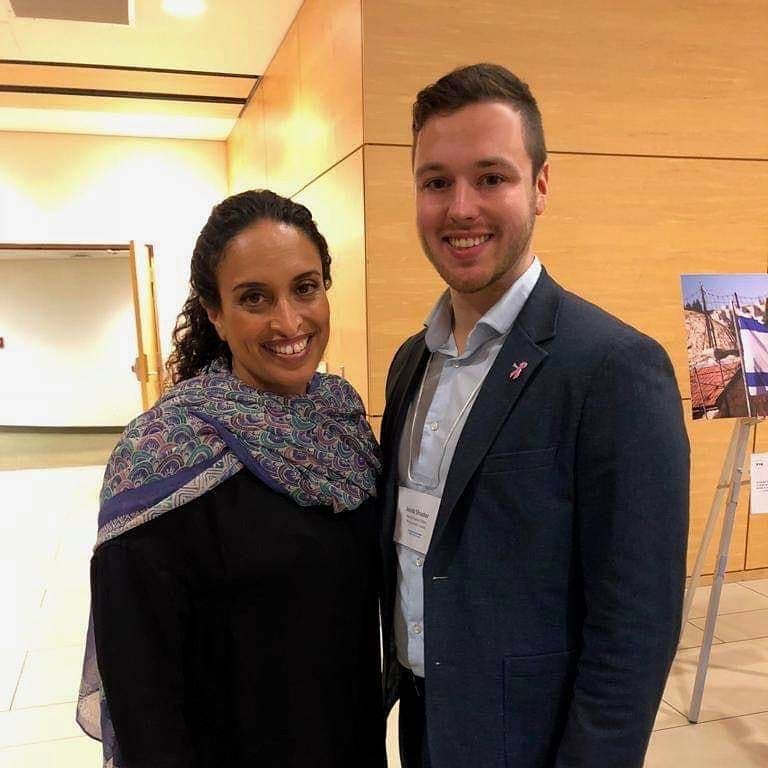 Just a few months later, a full-time position at New Israel Fund in the UK opened up. Just as I had jumped at the opportunity to be a Naomi Chazan Fellowship, I promptly applied for the job. It felt like a natural continuation of the exploration I had begun through my fellowship. It is clear that my values and vision of tolerance, diversity, religious pluralism and equality for Israel align with the New Israel Fund.

I’m writing to you now from the New Israel Fund headquarters in the UK. It’s been a busy month and a half between my move to Europe, adjusting to my new life, and working with the community here in the UK. I am involved with New Israel Fund events and fundraising on a daily basis. A highlight thus far has been a discussion about the Israeli elections with British politicians in the House of Lords. I also take part in weekly meetings with New Israel Fund project partners and leaders in the local community.

The fellowship has been life-changing for me. It continues to provide me incredible opportunities to engage with Israel’s issues and meet leaders in Canada, the UK and around the world who are making a real impact. Having seen the tangible differences the organization has made, and the passionate international community of activists, I am optimistic that not only is it possible to bring about positive change in Israel but that I can have a voice in it.