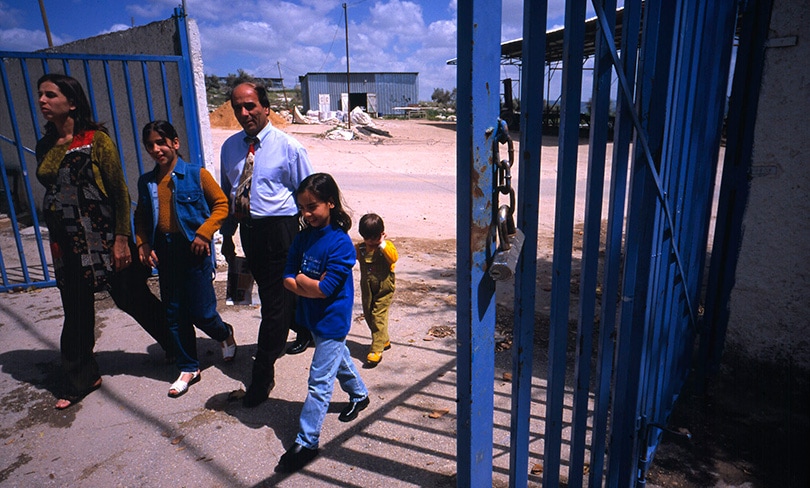 Israel’s Supreme Court has prohibited the Ministry of Interior from continuing to work according to the policies of the Citizenship and Entry Law. This law which expired last July, has been used since 2003 to ban family unification where one spouse is an Israeli citizen (in practice almost all of whom are Palestinian Citizens of Israel) and the other a Palestinian resident of the occupied territories. In response to a petition by NIFC project partners the Association for Civil Rights in Israel (ACRI) and Physicians for Human Rights Israel (PHRI), as well as Hamoked: Center for the Defense of the Individual, a three-judge panel returned with a temporary injunction to the district court. They also called for a timely ruling on a petition for Israeli citizenship for 27 Palestinian families that has been continually delayed.

Since the law expired, the Ministry of Interior has delayed handling the citizenship requests that have been submitted, following the express instructions by Minister of Interior Ayelet Shaked. One justice wrote in her ruling that Shaked is “to work only according to the existing law, and she is no longer permitted to apply the instructions of the law or procedures that are no longer valid, as long as the law is not in effect.”

The law prohibiting granting Israeli citizenship to Palestinians from outside Israel who marry those with Israeli citizenship was enacted as temporary, emergency legislation during the Second Intifada in 2003 and has been renewed (by Knesset vote) each July. But last year the Bennett-Lapid coalition was unable to muster a Knesset majority to extend the law another year. Together with her attempts to put the law back on the books, Minister Shaked has actively delayed a collection of 27 requests for Palestinian family unification. Last week the Knesset took the first step towards re-enacting the law when the Ministerial Committee for Legislation approved it, paving the way for another Knesset vote. Shaked then told the Supreme Court that the legislative process would be completed within a month, but due to opposition from Meretz and Ra’am, she is not guaranteed a majority of votes in the Knesset.

The proposed law stipulates that Palestinians from the West Bank who are married to Palestinians with Israeli citizenship can, at most, receive a temporary permit to live in Israel with their spouses. The law specifically prohibits Palestinian men under 35 and women under 25 from submitting an application for family unification. When the law was in effect all such applications were automatically rejected. Now, with the law out of effect, all such applications should be automatically accepted (unless the Shin Bet intervenes for security reasons). But this is not the case; Ayelet Shaked continued to act as though the law is in effect.

Officially, the government claims that the current requests for unification are being rejected on security grounds in order to prevent acts of terror by Palestinians who gain Israeli citizenship. Yet senior Israeli figures (including Yair Lapid) have publicly admitted that demographic considerations (Israel gaining more Palestinians citizens) are the primary concern.

In another case last month, Haaretz reported that Justice Uzi Vogelman said, “It is funny. We see that Israel’s Knesset has decided not to extend the law and it is clear that this attempt to protect a regime of law that does not exist cannot continue. There is no longer a law, what are we discussing here?”

ACRI, PHRI, and Hamoked said in response, “The Supreme Court has made clear that it is not possible to continue working according to a law that has expired and keep families hostage to the legislative initiatives of Minister Shaked. The Minister of Interior must work according to the law which applies to all those requesting status in Israel.”

The judges ruled that the government must pay the human rights organizations NIS 5,000 in legal costs.