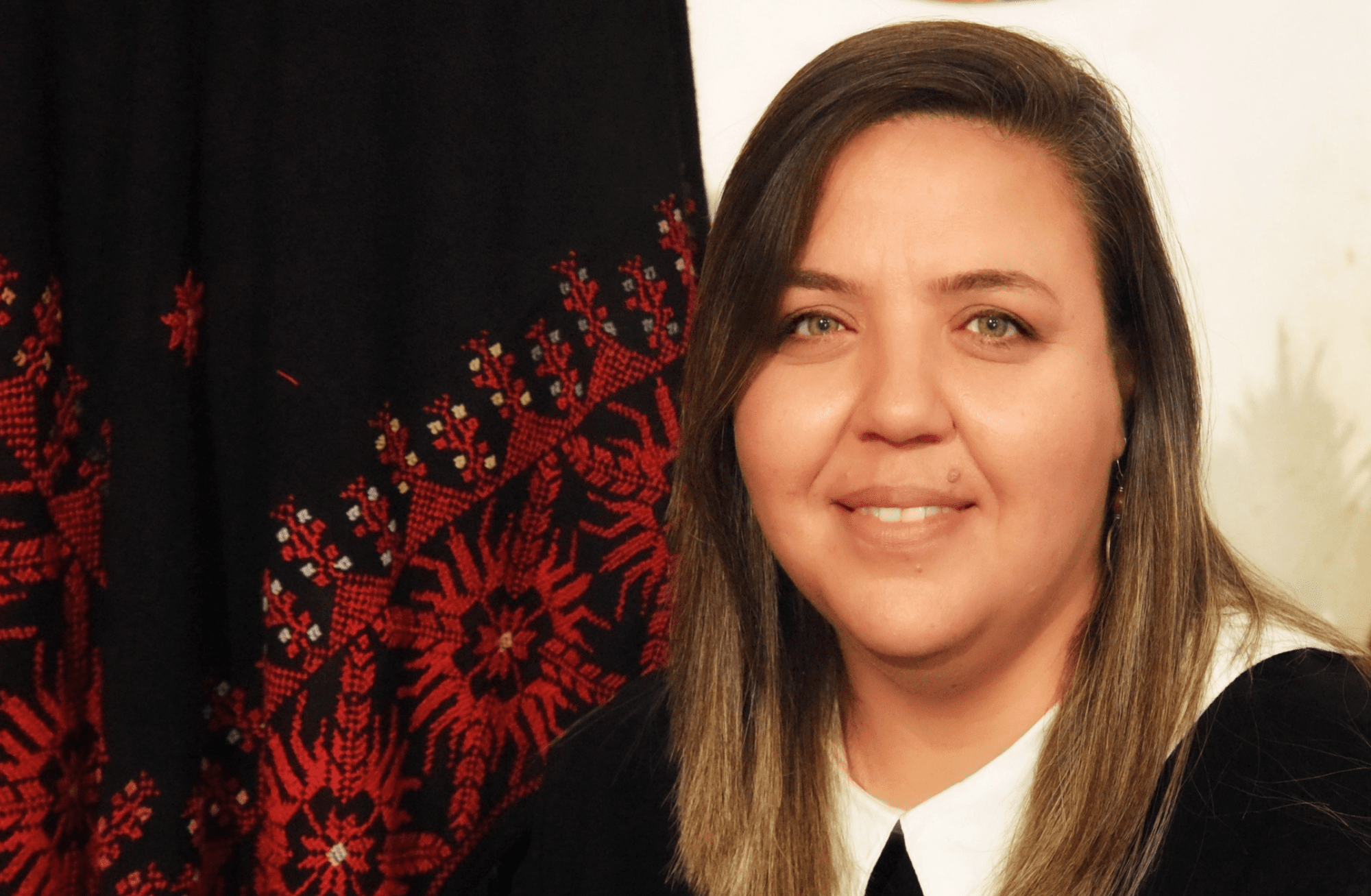 Fida Nara Tabony, director of Shatil’s Haifa branch and of its Shared Society project, is a born organizer.

In ninth grade, she was the only girl in her class whose parents agreed to let her go on the annual class trip. So she organized her female classmates to go house to house and tell a little white lie: All the other girls are going, only your daughter is not. It worked. Seven girls went on the trip.

“I didn’t understand until years later that that this was my first political struggle,” says Fida. “I didn’t accept a reality I didn’t like and fought to change it.”

Since then, Fida has fought many political struggles and keeps fighting to change the reality she doesn’t like: one of injustice, inequality, oppression. She was born into a political family right after the first Land Day, an annual commemoration starting in 1976 of Israel’s unfair expropriation of land from Arab citizens. Her very name, Fida, means sacrifice – to sacrifice for the homeland. Fida says it’s a name she loves, a Palestinian name that reflects who she is and what she is fighting for ⁠— the Palestinians’ struggle to end the occupation and to strive for justice and their own state.

When Fida was six, her father (an engineer, author and political activist) and her mother (a teacher) picked their family up from Nazareth and moved to Israel’s only intentional Palestinian-Jewish community, Neve Shalom. She went from a traditional Arab city to a place where Jews and Arabs live together in a village committed to equality and shared living.

When the family moved back to Nazareth seven years later, Fida felt that her family was different from the other parents and children. So she had to work especially hard to be accepted again.

“I did what was expected of me in school, in the youth movement,” she says. “All the girls wore shorts, but I didn’t, because I had to prove myself. But I couldn’t shake the difference. I had lived among Jews. I spoke Hebrew fluently, knew about the holidays, knew the songs. A friend’s grandmother told her not to play with me because I had grown up with Jews. I didn’t tell my mother. I knew I would cope.”

The result was a split inside Fida. On the one hand, she was a “good Arab girl,” on the other, she experienced life through eyes and a mind that had been exposed to a different reality. She wanted to do good, to change the world but also to be respected by those around her.

For years, it was important to Fida to be a well-behaved child who fulfilled societal expectations: She graduated high school, went to college, became a social worker, got married, had kids. But two big developments ⁠— one political and one personal — caused her to question everything.

The first was Finance Minister Bibi Netanyahu’s decision in 2003 to significantly reduce child allowances for families with many children. As a government social worker, Fida found herself scrounging for money for poor families who came begging for help.

At that time, she began what would become a three-decade career within Israel’s very first feminist organizations in the Jewish and Palestinian sectors. She volunteered at Women Against Violence (WAV) for five years and then became head of their social change unit for 13 years. Afterwards, she directed Mahapach-Taghir for eight years. In each of these roles, Fida worked to “make change from within my own society – as a woman and as a Palestinian, a complicated role that I felt compelled to take on.”

A crisis and an opportunity

The second development was a crisis in her personal life: Fida split with her husband after trying to keep the marriage alive for two years. This split was a blow that shook up that delicate balance inside her.

“The personal crisis I experienced taught me that the personal is political and proved to be an opportunity that strengthened me,” says Fida. “I am no longer different inside and out. I am who I am. The crisis was an opportunity. I broke through something. I accepted the contradictions within myself and in my life. I’m a better leader, a better mother, a better person for it. I thought my world was over but I guess I needed a strong blow to know who I am: a feminist who is also part of a traditional society. A Palestinian with family in Nablus who fights against the occupation and has a Jewish best friend. I understood that I can be a bridge between the Palestinian and Jewish nations – a bridge that connects and opens doors.”

She looks back on her time in Neve Shalom as a formative gift from her family. She got to know another culture and people and to speak Hebrew like a native. Like her father, she believes in and fights for a shared society and for an end to the occupation. During her time at Mahapach-Taghir, she learned a lot about feminism and the intersection of struggles.

“I am both a woman and a Palestinian, who identifies with women who are weak economically, and understands the need for solidarity between various underprivileged groups,” she says.

She ran as a candidate for the Knesset on the Joint Arab list four times, which she describes as an empowering experience that fashioned the facilitative and supportive leadership style she believes in and implements.

She feels frustrated that the Israeli left is not succeeding in reaching wider audiences. “The right in Israel is strong and united and the left is elitist, academic, busy with who is right. It pains me.”

But she remains optimistic.

“That’s what I most love about Shatil,” she says. “I can be behind or on the side; I don’t have to be in front. Putting a colleague in front is success for me. Around a table, I ask ‘Who haven’t we heard from? Who is missing?’”

What motivates her to do the work she does?  “I don’t know how to do anything else,” Fida says. “It’s hard for me to see something not okay and not to do something about it. If something is not okay, we get up and fix it.”

“There isn’t a day I don’t believe things will be better,” says Fida. “That I don’t get up in the morning to do what I can to bring about a new, shared, more just reality. Once I lose hope, I’m closing the store and opening a restaurant!”