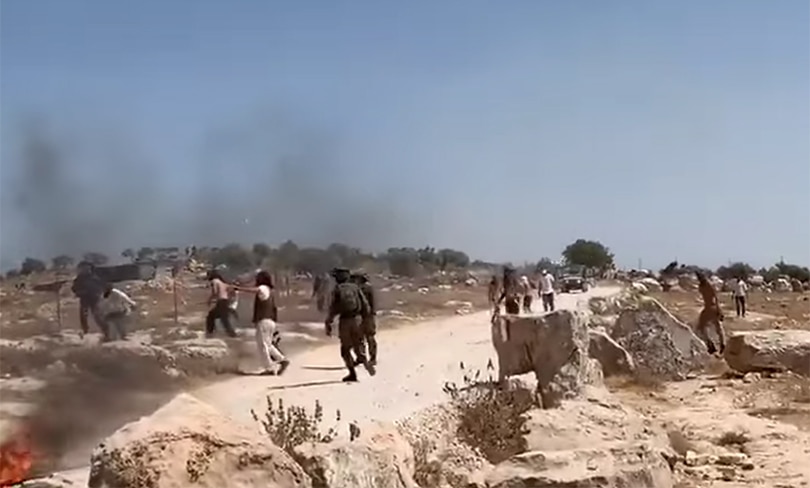 In the video, two armed soldiers stand by and simply watch these settlers. They both fail to intervene and protect the attacking settlers. When a activist called the police to report the violence he was asked — in a mocking tone — what he was doing there anyway and told to leave immediately or face arrest. When the police did turn up, they, too, took no action.

That same day, the settlers, who routinely attack these Palestinian farmers, uprooted trees and burned down a Palestinian agricultural building.

Regular settler attacks are part of systematic government policy to try to expropriate the land from Palestinian farmers on behalf of Jewish shepherds. NIFC will continue to fund the integral work of partners like Breaking the Silence who ceaselessly document and bring to light human rights abuses in the occupied territories.