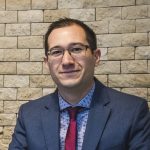 Israel has just reached an ignominious milestone ahead of the United States – a higher per capita coronavirus death rate. And yesterday Israel’s health system reported that all 800 hospital beds earmarked for COVID-19 patients are now full as more are being hastily assembled.

Worse is likely to come.

The health crisis is falling heaviest on vulnerable populations, especially the ultra-Orthodox and Palestinian citizens. The first hospital to fill to capacity was in Israel’s already under-resourced northern region, subsequently requiring them to send overflow patients towards Israel’s centre.

Many outside Israel might be surprised to learn that Israel’s health system entered the coronavirus crisis already in a state of disrepair. Just over a year ago, Ran Goldstein, Executive Director of NIFC’s project partner Physicians for Human Rights, spoke in Toronto and detailed a burdened and creaking public health system that didn’t match Israel’s reputation of world-leading medical research. In fact, yesterday MK Benny Gantz likened today’s health crisis to the Yom Kippur War, saying, “We must honestly admit that this time, too, we were caught unprepared. We have starved our excellent health system for years.”

Also a surprise for many observers outside Israel has been a shockingly dysfunctional government and public disregard for social distancing regulations, especially in certain sectors. With cases skyrocketing, the governing coalition has been painfully slow to enact clear lockdown rules as member parties fight and resist. In fact, just weeks ago, MK Avigdor Lieberman told listeners on national radio to ignore the public guidelines and “use your best judgement.” This also doesn’t match Israeli society’s reputation abroad for unity amidst crises.

But I’m sure none of this is surprising to you or to any of us who follow Israeli issues with an ear for equality and democracy.

Yes, it’s true that Israeli medicine produces important research that improves the lives of many. But it is also true that public services in Israel are hugely unequal. Public medicine may be great if you live in Israel’s “mercaz” (center), but not if you live in the northern or southern “peripheria.” Increasing privatization compounds the inequality, where a wealthy few get better care and the public system starves for resources.

Yes, it’s true that Israeli society can unify in the face of certain kinds of threats. But it is also true that Israeli society is widely disparate and deeply divided. Setting aside the present political stalemate, a longer-running lack of social cohesion already explains why so many issues have languished unresolved for decades, even if they enjoy an overwhelming majority of public support: expanding religious freedom and women’s equality; addressing an increasing cost of living and income inequality that are the second-worst in the OECD after the US; and many others that matter to most Israelis.

Each year, the Israeli Democracy Index reveals anew that Israelis’ faith in their government is at rock-bottom and that each sector trusts and distrusts different branches of government. It should come as no surprise that the ultra-Orthodox hardly trust a government not led by rabbinic law, nor that Palestinian citizens greatly distrust the political system that locks them out and underfunds their services. The health crisis has compounded these divisions and revealed truths about Israeli society that must be understood by all of us outside Israel.

Faith in government is tied hand-in-hand with equal treatment by the government. This twin challenge underlies all of the issues we deal with at the New Israel Fund of Canada. A change in Israel’s current Prime Minister or ruling coalition is a short-term remedy; here at NIFC we have our eyes on long-term solutions. No single issue — be it the pandemic, religious freedom, socio-economic equality, the occupation, or any others — will be resolved alone. They all intersect and to some extent must be dealt with together.

How do we possibly address them all at once? How do we support Israelis without overstepping our limits as non-citizens?

Atop all of the issues is the need for an empowered civil society — grassroots organizations across every single sector of Israeli life. These are the bottom-up forces in democratic life that represent Israelis’ unique needs: people with disabilities, women, LGBTQ individuals, asylum seekers, and every pocket of a multicultural society. Although they might represent separate pieces of the puzzle, together they create a synergy that leads to positive change for everyone.

NIF’s strategy is to select and empower partners that understand this is not a zero-sum game. When NIFC funds a partner in religious freedom, we pick them because they are not out to “beat” the ultra-Orthodox, but rather to enlarge the space for all religious groups. Our partners in the issue of Palestinian citizenry are not working to “turn the tables” on Jewish Israelis, but to ensure that all citizens have the same rights and entitlements.

All of our partners understand that we and they are jointly working towards a better, stronger, shared vision that works for all because it is grounded in the fundamental values of equality, democracy, social justice, and human rights.

If you tuned into our virtual Shira Herzog Symposium earlier this month, I’m sure you heard this truth reflected in the stories of our speakers Gil, Orly, and Raluca. They and their organizations are making surprising advances against extraordinary odds in unprecedented times.

The next five years in Israel will be critical. Who will be the next Prime Minister? Who will the economic toll hit hardest and how will Israel recover equally? What democratic protections will need to be rebuilt? Is the two-state solution truly dead and can the occupation be ended?

Working together with support from you and me, we become far more than the sum of our parts.