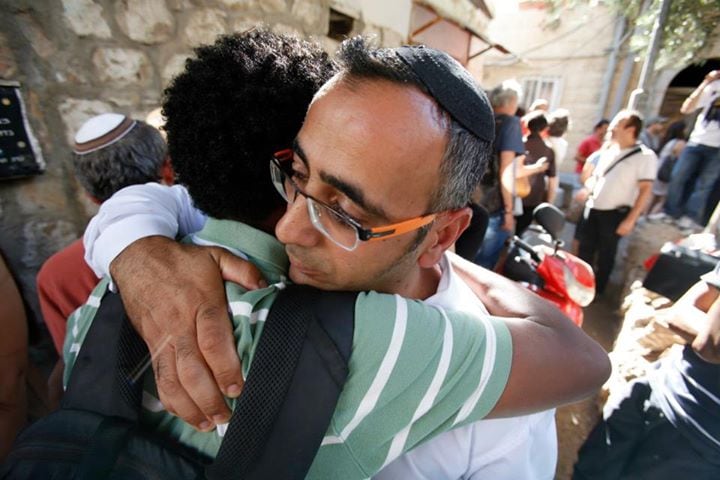 Over the course of one week in March, 11 Israeli citizens were murdered by three Palestinian assailants, two of them Israeli citizens. A fourth attack, in Tel Aviv on April 7, took three more lives. Shatil, NIFC project partners, and organizations funded by the NIF global network mobilized to quickly call for de-escalation and to act to reinforce Jewish-Arab partnership. Lessons learned from the events of May 2021 shaped organizations’ response in March 2022—most acted quickly to assess the situation, align staff, and advance a series of measures:

Members of NIFC’s project partner, the Shatil-led Shared Society Forum – aChord, Citizen’s HQ, and Have You Seen the Horizon Lately – worked in partnership to offer talking points and assistance with media outreach for Jewish and Palestinian leaders condemning the murders and calling for calm and continued Jewish-Arab partnership.

NIFC flagship project partner the Association for Civil Rights in Israel (ACRI), together with the Abraham Initiatives (and with the backing of the NCHALA), have appealed to the Police Commissioner and the mayors of Lod, Jerusalem, and Be’er Sheva to prevent police cooperation with armed civilian militias. Jewish ‘Neighborhood Defense’ organizations sprang up following the violence in May 2021. In Lod, for example, a group of this type formed with the support of the local municipal government. But, following ACRI and the Abraham Initiative’s letter, the Lod police severed ties with the group. In Be’er Sheva and in Jerusalem (where a group formed with a focus on ‘protecting’ Jewish settlers in Sheik Jarrah), ACRI’s pressure prevented any government cooperation with armed groups. ACRI reports that requests for weapon permits have increased since May 2021, which has led to an increased number of armed civilians.

NIFC project partner Tag Meir has visited bereaved families of those murdered in recent terror attacks and is working to raise awareness around the numerous Price Tag attacks Jewish settlers have been carrying out recently against Palestinians and their property in the West Bank.

NIFC project partner Givat Haviva partnered with the leaders of 11 Jewish and Arab communities in the Hadera/Wadi Ara Region to issue a joint statement rejecting violence and racism.

Omdim Beyachad and Sikkuy-Aufoq held an emergency conference of Jews and Arabs in the Negev under the slogan “We Are the Negev” to call for an end to the violence and assert hope for a shared future. With the assistance of a $7,000 rapid response grant from NIF, they held the conference in Rahat with a direct video link to eight other sites around the country including Tira, Nazareth, Haifa, Tel Aviv, and Jerusalem. Dozens attended the event in Rahat, with a hundred more gathering to participate at satellite locations. The Facebook Live recording has been viewed over 1,000 times since airing.

Immediately following the attack in Be’er Sheva, Omdim Beyachad hosted a vigil at Ben Gurion University, together with a range of student groups. Omdim Beyachad also scheduled a series of events for March 31-April 1, including solidarity demonstrations around the country.

Have You Seen the Horizon Lately partnered with the Umm al Fahm municipality to post billboards with the phrase “No to violence, Yes to partnership!”. The organization hopes to expand the campaign to other cities.

Adalah sent a letter to the southern town of Netivot’s municipality demanding that it overturn a blanket decision to fire Palestinian citizens of Israel who work in the public sector and educational institutions, and to reemploy those whose work has already been wrongfully terminated.

Sikkuy-Aufoq conducted media outreach to sound messages of solidarity and to call for measures to maintain the peace. In an interview with DemocraTV, Yanal Jabarin, a native of Umm al-Fahm and Sikkuy-Aufoq organizer specifically called on the media to not repeat its role in the incitement around the events in May 2021, and to feature more Palestinian-Israeli voices.