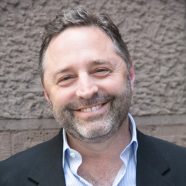 Last Sunday, Israel’s 35th government was sworn in. This “emergency government” came about by virtue of a pandemic caused by the novel coronavirus. And it required a novel and unique set of arrangements in order to come into being at all.

Under the banner of the crisis, Benny Gantz, Prime Minister Benjamin Netanyahu’s erstwhile adversary who narrowly won the last round of elections based on his “Just not Bibi” platform, agreed to form a unity government with his rival. He will now take up a new office as Defense Minister and “alternate prime minister,” serving under Netanyahu. Under the arrangement, in 18 months’ time, the premiership is supposed rotate to Gantz.

With 36 ministers and 16 deputy ministers, this government is the largest in Israel’s history. It is also ideologically diverse. For the first time in years, moderates and even a few liberals will sit in coalition with Netanyahu and his hardline allies.

Even as these new ministers are sworn into their posts, Israel appears to be emerging from the most stringent of its coronavirus-related closure policies. For many, it might feel as if a sense of normalcy is returning to daily life. Israel’s restaurants, clubs and bars and public transportation are slated to be opened up at the end of this month. Schools have mostly reopened.

But despite the return of some semblance of the daily hustle and bustle, things are far from ‘back to normal.’ Israel may be moving past the peak of the public health crisis, but its economic effects will be enduring – especially for those who are suffering most.

That is why the Crisis Action Plan, our blueprint for crisis response, includes strategies to protect the most vulnerable and economically precarious communities from the immediate effects of the crisis – and to ensure that any government policy to alleviate its economic impacts is equitable and inclusive.

The NIF global network and our project partners on the ground are working to ensure that as this new emergency government takes shape, it not only navigates Israel’s damaged economy out of troubled waters – but does so without leaving anyone behind.

We know that crises like this pandemic don’t affect populations equally. The Adva Center, the NIF-supported think tank (an NIFC-funded project) that studies equality and social justice, recently released its annual report on inequality, showing that this was a major problem before the coronavirus devastated Israel’s economy. Marked by a declining middle class and growing strata of those living below or near poverty levels, inequality in Israel has only been further exacerbated by this crisis.

If it is to fulfill its mandate to respond to this emergency, Israel’s new government must use this moment to build a more equal and inclusive economy, not merely plug the holes in the ship. It is promising, then, that Amir Peretz, a long-time advocate for justice and equality, on taking his oath as the incoming Minister of Economy and Industry, acknowledged that the crisis presents “an opportunity to turn the Israeli economy into a humane economy, an economy in which every citizen knows [there is an] economic horizon for them and their families, an economy that copes with [this] crisis and repairs distortions of many years…”

Civil society will be essential in ensuring that this is the path the new government actually takes. Organizations supported by the NIF global network, like the Alliance for Israel’s Future, are working to make sure that no one is left out of the government’s response. Its Coronavirus Crisis Experts Task Force, an interdisciplinary forum of Jewish and Arab experts, is offering public policy approaches to the health and financial crisis that are both equitable and effective. Task Force researchers, surveying how other countries have responded to this crisis found that Israel’s aid package amounted to roughly half of what other countries, like Canada and Australia, have offered citizens.

This government’s response to this crisis can only be effective if it is fully inclusive. The economic crisis is particularly acute among Arab and Bedouin communities in Israel. Among Arab Israelis, a 40% unemployment rate outstrips the nationwide average of 25% by a wide margin. According to the Adva Center, before the coronavirus shutdown, 60% of Arab households in Israel were already living below or near the poverty line. Yet, only two percent of government funds slated to local authorities have been transferred to Arab localities. That’s why our project partners are fighting to ensure that any efforts to alleviate the economic impacts of the coronavirus do not discriminate or leave out the most marginalized groups.

Israeli women have also been disproportionately affected by the pandemic-induced economic crisis. The Israel Women’s Network (IWN), funded by the NIF global network, has already appealed to the incoming Finance Minister Israel Katz to allow women who have applied for unemployment benefits not to have benefits, such as pension, alimony, or disability, reduced as a result. IWN is advocating for budget allocations to ameliorate the disproportionate socio-economic harm the crisis has caused women, including for social assistance for especially vulnerable groups such as pregnant women, elderly, single mothers, and Haredi and Palestinian-Israeli women.

As many have observed, the moral test of any society is how it treats its most vulnerable members. In this moment of crisis, this is especially true – and this new emergency government will surely be measured by this test. It will also face another moral, equally profound test: whether this government will act preserve or forsake Israel’s democratic foundation.

Apart from managing the coronavirus emergency, the new coalition has set only one other policy aim: unilateral annexation of parts of the occupied West Bank in accordance with the vision President Donald Trump laid out in January.

Let’s be clear: annexation would be a disaster. Israel’s true friends are warning of the devastating effect annexation would have on the future of Israel’s democracy, the rights of Palestinians, and the remaining hopes for a two-state solution.

But in this new government, even longtime opponents of annexation have signed away their right to object to it, committed by their coalition agreements to supporting the Prime Minister’s position. Just last week, Israel’s new Foreign Minister from the Blue and White Party, Gabi Ashkenazi, embraced President Trump’s annexation plan as “an historic opportunity to mold the State of Israel’s future for the decades to come.” Ashkenazi, the former IDF Chief of Staff, continued: “The plan will be advanced responsibly and in coordination with the United States, amid safeguarding the State of Israel’s peace agreements [with our neighbors] Egypt and Jordan.” But — perhaps much like this new emergency government itself – what the new Foreign Minister laid out is itself one large contradiction: there is no such thing as advancing annexation “responsibly.”

Israel’s closest partners are saying there is no such thing as annexation that safeguards its critical security relationships. Just this month, Jordan’s King Abdullah II warned in an interview with Der Spiegel of a “massive conflict with the Hashemite Kingdom of Jordan” should Israel move forward with unilateral annexation in violation of its commitments under its 1994 peace agreement. And this week, President of the Palestinian Authority, Mahmoud Abbas announced, in anticipation of Israel’s unilateral annexation, that the PA will no longer be bound by its obligations and understandings it has reached with Israel. The European Union, Israel’s number one trading partner, has warned Israel against annexation, considering it a fundamental violation of international law. And Vice President Joe Biden, who may become the next President of the United States, warned that such a move would surely “choke off any hope of peace.”

In this crucible of crisis, this new government has a clear choice. Either it can be a responsible government that rises to the tremendous challenge posed by the pandemic by safeguarding democracy and building a truly inclusive economy and society – or it can prioritize pursuing annexation under the cover of the coronavirus emergency.

The NIF global network, with the Crisis Action Plan as our roadmap, will be fighting hard so that Israel emerges from this crisis a more just and equitable society with a horizon for a democratic future.