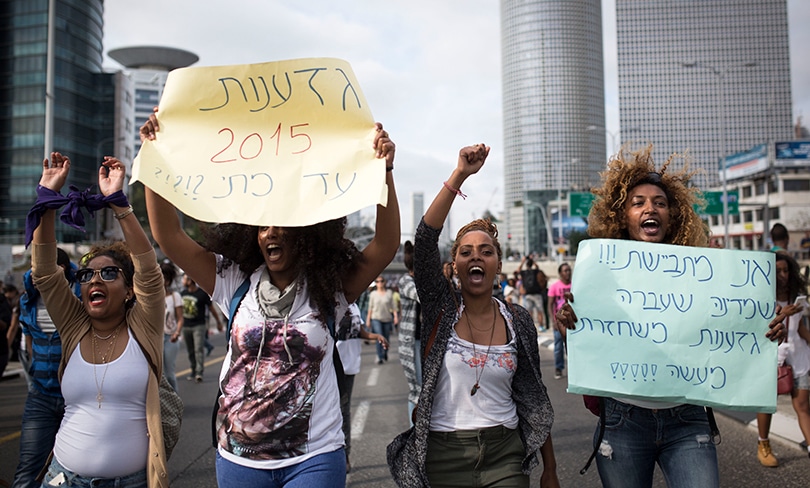 The High Court of Justice has accepted a petition by NIFC project partner Association for Civil Rights in Israel (ACRI) and two organization supported by the NIF global network Tebeka – Advocacy for Equality & Justice for Ethiopian Israelis and the Association of Ethiopian Jews, which prohibits the police from arbitrarily demanding ID from Ethiopian-Israelis.

Israel’s State Comptroller Matanyahu Englman has called out Israel Police for this discriminatory profiling in the past. His investigations found that Israel Police were almost four times more likely to open an investigative file against Ethiopian-Israel minors than in the overall population and twice as likely against adults. The report also found that only 13% of the Ethiopian-Israeli community has confidence in the police.

In addition to the statistics, the report also includes anecdotal evidence such as the story of Avi, an Ethiopian-Israel who serves as a Major in the IDF and was detained by the police for questioning outside his home when he went to throw out the garbage because he looked suspicious. “What chance do the youth and children have?” he said of the experience.

Association of Ethiopian Jews spokesperson and winner of NIF’s 2020 Gallanter Prize Efrat Yerday said, “The responses provided by the police on the problems of police violence and profiling are unsatisfactory and inconsistent. This despite every report indicating that the attitude of the police to those of Ethiopian origin is a problem throughout the police stemming from a flawed organizational culture based on deep-rooted discrimination. This or that program won’t change the culture of lies and racism supporting it. A deep cultural change is required within the police.”