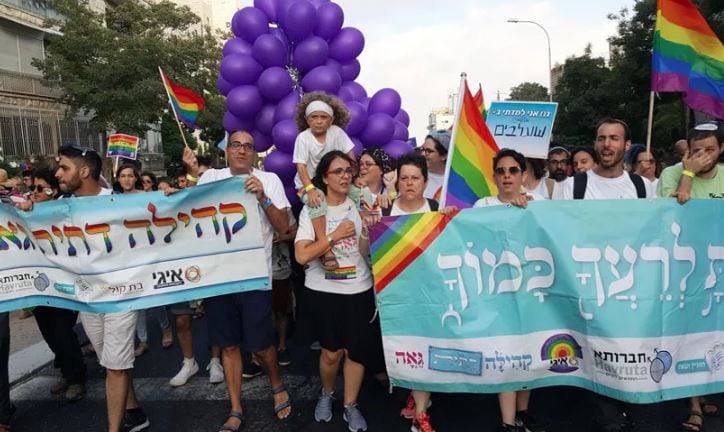 7,000 people marched in Jerusalem’s 20th Pride March in June in a celebration of LGBTQ rights in the city. Despite threats of violence, the march ended peacefully amid tight security. Participants marched from Liberty Bell Park to Independence Park in downtown Jerusalem where speakers — including the Speaker of the Knesset — addressed the crowd. The Jerusalem Pride March is funded by the Jerusalem Open House, and for the first time this year, received extra funds from a tech company.

In his speech, Speaker of the Knesset Mickey Levy said, “I was shocked to the depths of my soul by the unbridled incitement and slander against the LGBT community and the threats of murder. I was shocked and so I came today to stand against this evil specter.”

Uri Banki, the father of Shira Banki, a 15-years old who was murdered during the 2015 Jerusalem Pride Parade also spoke. “We understand that unconditional love is not only between everyone sitting here next to us, but also towards people who prefer not to march — except those who express hatred and incitement to murder,” he said.