Breaking the Silence (BtS) Director Avner Gvaryahu’s favourite days are the ones he spends on the ground in Hebron and the South Hebron Hills, which include dozens of scattered rural West Bank communities.

“There is real friendship and bonds with Palestinians and their families,” he says. Getting to know Nasser Nawaj’ah, a B’Tselem field worker whom Avner describes as “a smart, passionate person who has done amazing, inspiring things for his community amidst so much hardship,” changed the way he saw residents of Susia, Nasser’s village. As a soldier, he had been trained to see them as potential threats. 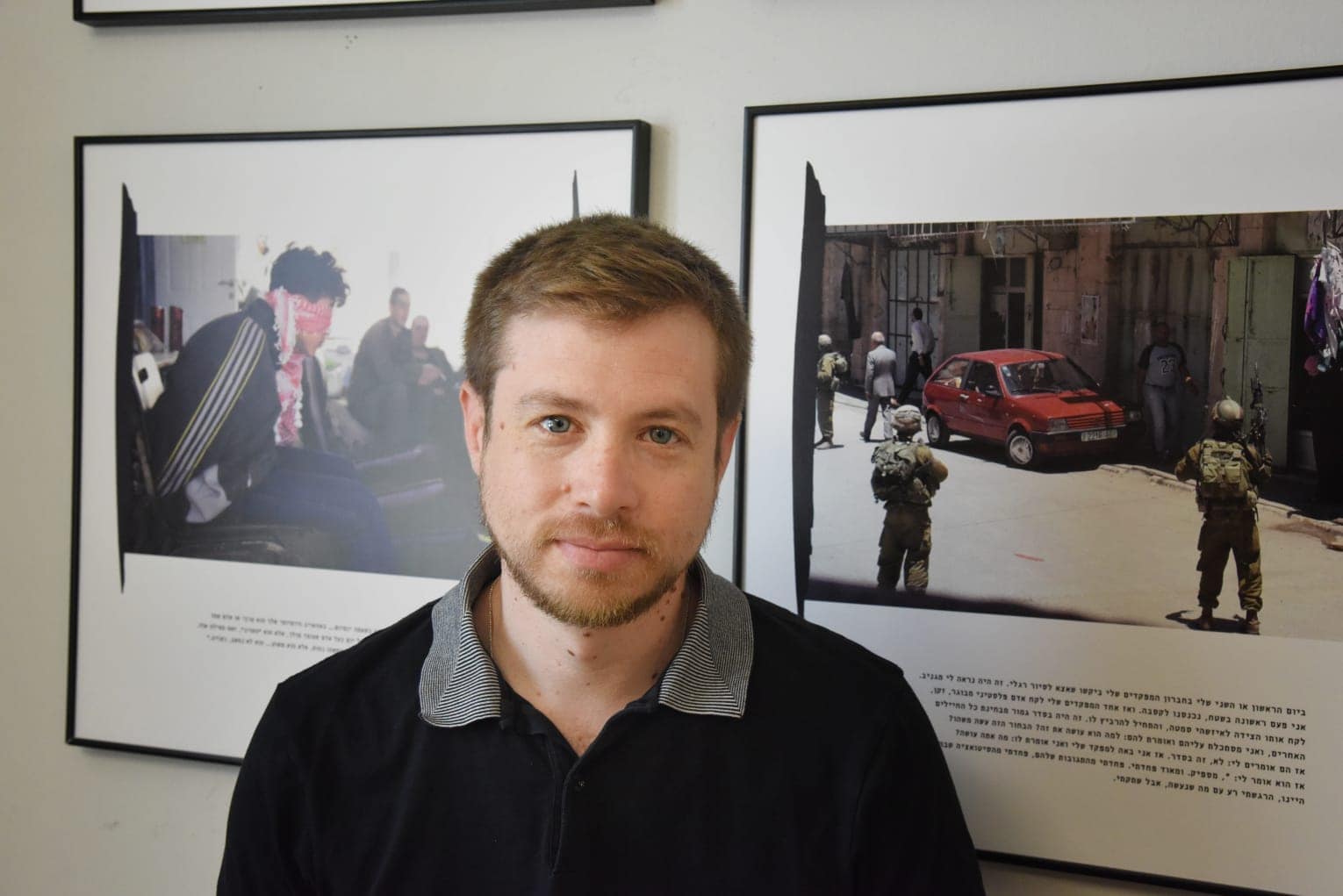 “There was this powerful ‘aha’ moment in which I saw his village from a different perspective,” says Avner. “The best way to tear down the misconceptions we grow up with – such as the fear of Palestinians or the generalization of attributing violence to Palestinians – is to sit with them, hear them, understand their hardships, understand how the Israeli occupation affects every element of their lives. Nasser is an excellent storyteller and he’s open minded. He was willing to welcome former soldiers into his house, was very generous with his time, and with sharing his life story. That created the foundation for our friendship.”

Avner takes diplomats, donors, journalists, and students on tours to see the reality on the ground — tours which can sometimes turn into an entire day if the army decides to demolish a community structure or confiscate a Palestinian tractor. He introduces his tour participants to the families whose homes were demolished so that participants can better understand the reality.

“The key to shedding a light on the reality of military occupation and our first and main vehicle is through our experience as soldiers. But that’s only the first step in the door. We can’t fully understand the occupation by hearing the voice of the victimizers. People have to see the effect of the occupation on Palestinian families and communities for themselves.

“A good day’s work is to give someone a holistic view of the reality of occupation, which includes military might, settler violence, Palestinians’ inability to build or connect to water supplies, restrictions on movement,” says Avner.

Avner is particularly proud of the artistic elements of Breaking the Silence’s work. Its first public project – an exhibit of photos taken by soldiers depicting their experience of the occupation – continues to be exhibited in Israel and around the world. In the past year and half, BtS launched a number of other art projects, including portraits of testifiers by a top Israeli photojournalist and a play, “Basic Instinct,” inspired by testimonies of women soldiers. The organization has also been involved in three films: “The Good Soldier,” about BtS’s work, which premiered at the DocAviv Film Festival; The First 54 Years, interviews with soldiers who served in the occupied territories between 1967 and the present which was shown in festivals internationally; and “Mission Hebron,” which depicts six soldiers talking about their service in Hebron and was longlisted for the Oscars, among other prizes.

“Sadly, the occupation is entrenching itself, with this new government and with the new U.S. administration,” says Avner. “People take for granted that the status quo will continue, so it’s more important than ever to help people understand the dangers of the occupation. With Covid and travel restrictions, these films help us with that mission.”

Avner is also proud of what he considers one of BtS’s greatest accomplishments – getting the army to commit to stopping the practice of entering West Bank Palestinian homes in order to “map” them. (see previous story)

Over the past six months, BtS ran a loud media campaign, focusing on settler violence and the systemic lack of law enforcement in the occupied territories, accompanied by a book of testimonies. Channel 12’s Ulpan Shishi, Israel’s most widely viewed TV news show, ran a major piece on the issue.

“It’s hard to crack the apathy of the mainstream media,” says Avner. “It’s encouraging and heartwarming to see that if you work hard enough and journalists are brave enough, through the cracks there can be a little bit of light.”

Despite the drop in in-person tours due to the health crisis, BtS took 30 buses of Israelis this year. “We put together an excellent virtual tour but it’s not the same,” says Avner. “Speaking to Palestinians who don’t leave their homes or who get arrested on the whim of a soldier; or hearing from them that their homes were demolished – that is key to being better advocates against the occupation.”

If he had more resources, Avner would expand the number of people BtS takes to see the reality of the occupation. It’s these transformative moments that turn people into activists, he says. “We physically meet between 10,000-15,000 people annually. It’s a big number but I want to make it 100,000,” says Avner. “I would also do more outreach to communities and groups we don’t always manage to reach – the ultra-Orthodox, Palestinian citizens of Israel, families of immigrants, marginalized communities.”

Looking ahead, Avner sees small but important changes with Israel’s new government. Previously, BtS was in the center of a campaign against liberal, democratic values that included attacks on the media and the courts. There was an attempt by the previous government to silence the organization by outlawing its appearance in high schools, but Avner says there is no legal way to prevent them from doing so and they are continuing this work.

“Bennet and Lapid led a McCarthyist move in the previous government, but with Labor and Meretz as part of the coalition, we hope we can operate without having to constantly look over our shoulder,” Avner says.

With Covid at the center of everyone’s attention, Avner fears that the issue of the occupation will be shelved.

“Part of what we need from the NIF community is to make sure that in living up to the values of the NIF, we make our voices heard against the military occupation and we cannot do this without you. Our work as Israelis and Palestinians is vast, but the voice and support of allies and friends from around the world is critical.”

Read Part One of Avner's profile
Support Our Work