As We Remember, We Look Ahead 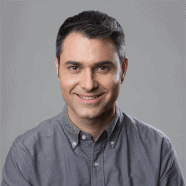 By Mickey Gitzin, Director of NIF in Israel

This week marks the anniversary of Prime Minister Yitzhak Rabin’s assassination. Israelis mostly mark this day on its Hebrew date, the 12th of Cheshvan, last month. But as the Gregorian date approaches an idea is crystalizing for me — it has to do with where we have already been as a country and where we are going.

Yitzhak Rabin made a powerful change within himself and, in doing so, fomented that change in a large part of Israeli society. He was the first politician in Israel’s history to form a government with the support of an Arab party. It was a powerful political move that came out of an understanding of the importance of involving all Israel’s citizens in its decision-making, something that we at NIF understand quite well.

As a war-weary general he changed direction from war, and marched towards peace.

Yet, today, if we take a sober look at Israel’s direction, we are not marching towards peace. In fact, when it comes to the deepest, most existential issue — Israel’s refusal to end its occupation of Palestinian territory and rein in proliferating settlements there — Israel is, at best, treading water.

There are no two ways about it: The era of the new so-called “change” government is defined by the rising rate of settler violence against Palestinians. On top of the uptick of violence, settlers have become emboldened: their defiance of the army, the establishment of new, illegal outposts as older ones become more and more kosher. And for its part, the government, despite some of its members’ values, just approved 1,300 new settlement units.

On these issues, the entire government, right and left alike, must be held accountable.

I have heard politicians on the left and center left say that there is no leeway on the issues of settler violence, human rights violations, and dispossession of Palestinians in this coalition, no matter how broad and eclectic it is. The truth is that they’re doubly wrong: First, international law hasn’t changed — Israel is responsible for the fate of those living under its occupation. Period. Political stalemate does not absolve Israel of this obligation.

Second, the international community is no longer impressed by the pomp and show of a “political process.” Promises to resume negotiations, conferences and ceremonial summits can no longer stand in for on-the-ground action to alleviate the unbearable reality in the occupied Palestinian territories.

President Joe Biden may not appear particularly invested in solving the Palestinian-Israeli conflict, but that cannot, and will not, stop Israelis who care about our future as a democracy — especially those in power — from placing the issue front and center on the agenda. If Rabin could reverse course, taking the reins of history in his hands, then so can we.

This is one of the many reasons why we in Israel decided to run a crowdfunding campaign with Israelis. Israelis, like NIF donors in the United States, believe that the work of the New Israel Fund offers progress.

So many Israelis, like so many Americans, want to shout from the rooftops that the status quo is a hard “no!” Our campaign has the goal of raising 1 million shekels. In the first two days we raised a quarter of a million shekel…and then, yesterday, in an outpouring of generosity from Israelis around the country…we hit 1 million shekels! Ahead of schedule! And promptly raised our goal to NIS 1.5 million.

To say that this is fantastic for us in Israel is an understatement. It represents how critical Israelis know our work to be.

So, this week, as we again mark Yitzchak Rabin’s assassination, I want to remind us all that it is never too late to change course, to make different decisions. The occupation is not a force of nature. Its harms are not inevitable. We’re not powerless in the face of even 55 years of this. We have the power to make the changes we so desperately need. It is where we are, but it does not need to be where we are going.

Let us all – those in the Israel and around the world, alongside all of our project partners, and the people they touch every day – see that there is a path forward that includes progress, solutions, democracy, equality and justice.