Annexation: Voices from the Centre and Right 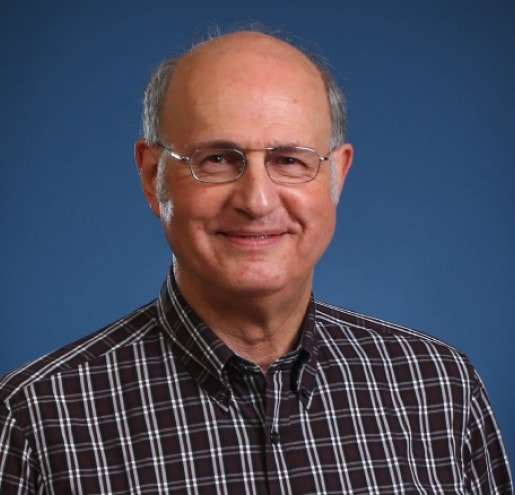 By Joseph Steiner, NIFC Board Member

Since the release of Trump’s so-called “Peace to Prosperity” plan, liberal/progressive Zionists have been sounding the alarm. But what have Zionists of the centre and right been saying?

As it turns out, when it comes to annexation some voices on the left, centre and right have more in common than one would think. There is substantial opposition across the political spectrum, and though the reasons for it vary, what they have in common is a belief that Israel should not proceed with unilateral annexation of the West Bank because doing so is harmful to Israel.

This note examines three voices from the centre-right end of the political spectrum: one organization, AIPAC; and two individuals, Yossi Klein Halevi and Daniel Pipes.

—-
AIPAC describes itself as “America’s Pro-Israel Lobby” and defines its role in the following terms:

The mission of AIPAC—the American Israel Public Affairs Committee—is to strengthen and expand the U.S.-Israel relationship in ways that enhance the security of the United States and Israel.

One might think, based on that mission statement, and its prior history, that AIPAC would support whatever direction the Israeli government chooses to go on annexation. In fact, annexation appears to be a very troublesome issue for the organization. In mid-June, it was reported that AIPAC had told US lawmakers that they were free to criticize annexation so long as they did not go further, in particular, so long as they did not seek to limit US aid to Israel. Just a week later, AIPAC sought to dissuade Democratic Party lawmakers from proceeding with a letter opposing annexation. In explaining that position, AIPAC said:

“We have not taken a position on annexation. However, we do not support this letter. It publicly criticizes Israel for potentially deciding upon a policy that would only be adopted with the approval of the U.S. government, it fails to reaffirm America’s full commitment to Israel’s security assistance, and it focuses only on what it sees as inappropriate Israeli behavior, while failing to note that Palestinian leaders have been unwilling to return to the negotiating table for nearly a decade.”

Notably absent is any explanation of how annexation serves to “enhance the security of the United States and Israel.” It appears that AIPAC is struggling to reconcile its historical reluctance to criticize any Israeli government policy and the US Jewish community ‘s widely disparate positions on annexation.

Yossi Klein Halevi, author of Like Dreamers: The Story of the Israeli Paratroopers who Reunited Jerusalem and Divided A Nation and Letters to My Palestinian Neighbour, is a self-declared centrist in Israeli politics. On June 14 he posted a blog in The Times of Israel entitled, “A plea to Gantz, Ashkenazi: Israel and its friends need you to block annexation”.

Klein Halevi begins with the following:

As a centrist, I believe that all of the land between the river and the sea belongs by right to the Jewish people; reality, though, leaves us no choice but to partition the land.  Even if peace isn’t possible for the foreseeable future, we have the responsibility to prevent steps that would lead to a bi-national state, destroying our ability to balance Israel’s essential identities as a Jewish and a democratic state.

He notes the oft-cited security and diplomatic concerns, but his emphasis is elsewhere:

Instead I want to draw your attention to another fateful consequence: the impact of annexation on our ability to fight the war for Israel’s legitimacy.

The single greatest asset I’ve had in making our case has been Israel’s moral credibility: the fact that we said yes to the Clinton Proposals while Arafat responded with four years of suicide bombings; that we continued to insist that all options, including the eventual creation of a Palestinian state, remained on the table; that we resisted the temptation to decisively determine the legal nature of the territories.

If we annex any part of Judea and Samaria, the message will be that we accept the permanent existence of two categories of people in the territories, one with the rights of citizenship, the other disenfranchised.

Any form of annexation – whether of the Jordan Valley or of all the settlements or of settlement blocs – will undermine the core commitment Israel has made for decades: our willingness to negotiate over disputed territory. Instead of Palestinians being perceived as the rejectionists, now that role will pass to us.

I frankly don’t care how we are perceived by those who hate Israel and seek to turn us into the criminal among nations. But I do very much care about how we are seen by our friends.

Annexation will be a betrayal of those around the world who are heroically fighting to protect the good name of the state of Israel. Annexation will betray those young Jews who publicly identify as Zionists in a culture that increasingly defines “Zionist” as “racist.”

Thus, Klein Halevi is characterizing annexation as Israel shooting itself in the foot and repudiating core elements of the Zionist project.

Pipes begins by reaffirming his right-wing stance on Israel-Palestinian issues:

I am not someone who frets over the Israeli “occupation” of the West Bank: in my view, the Palestinians long ago would have enjoyed self-rule had they stopped murdering Israelis. … Contrarily, I do encourage Israeli steps that signal the Palestinians that the conflict is over, and they lost.

Pipes frames his opposition to annexation in practical, not ideological, terms citing six factors which he sees as militating against annexation. First, Trump might very well be angered by Israeli annexation otherwise than in the total context of the Trump plan, including Israeli negotiations with the Palestinians. Second, “annexation would alienate and weaken Israel’s diminishing number of friends in the Democratic Party and in Europe.” Third, annexation risks jeopardizing the emerging ties between Israel and the Sunni Arab states of the Gulf. Fourth, annexation could destabilize Jordan, the West Bank and Gaza and even lead to a new intifada. Fifth, “annexation is sure to alienate Israel’s Left, which would lead at a minimum to a vicious political battle and probably to a contingent of Israeli Zionists turning anti-Zionist, with some Israelis leaving the country in disgust.” And sixth, “annexation would be likely to make more Palestinians eligible to become citizens of Israel. That would be a profound mistake, since its Arab citizens constitute what I believe is the ultimate enemy of Israel’s status as a Jewish state …”.

Many of the factors cited by Pipes are similar to the considerations advanced by Klein Halevi, though with a different spin.

And what does annexation actually achieve? It is a symbolic move, a gesture toward Israelis living on the West Bank in legal limbo. But annexation does not extricate them from that limbo, since it is likely that no important government in the world would recognize their change in legal status.

Israel must assert itself against the Palestinians; but that assertion must be strategic, fitting into the larger campaign to compel Palestinians to give up their goal of eliminating the Jewish state. Annexing the West Bank is a self-indulgence that has the opposite result. Therefore, despite its intention, it buoys the Palestinian cause and renders a resolution of the conflict more distant.

What is particularly interesting in the analyses by Klein Halevi and Pipes is how two individuals coming from very different places on the political spectrum and adopting fundamentally different approaches to their judgments arrive at the same conclusion about the negative implications of annexation for Israel.

The fact that there is substantial opposition to annexation across the political spectrum, including within the centre and right Zionist camps, signifies that this has become an opinion to which the pro-Israel mainstream is amenable. We should not be shy in voicing our own opposition — there is no good case for annexation.