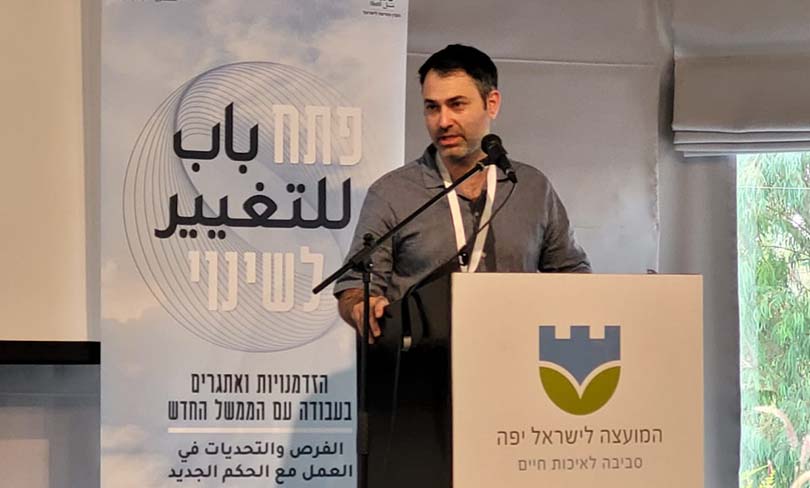 This August, Israel’s government approved an annual budget for the first time since 2018. The budget must now make its way through Knesset committees and be passed into law by November 4, or the new government will fall. This constitutes a critical time for Israel’s civil society community – to secure appropriations for and to build constituencies in support of key priorities such as sustainability of the healthcare system, expanding residents’ economic safety net, improving education for all Israel’s students, and reducing gaps between sectors and geographies across Israeli society.

After 12 years of a government led by Benjamin Netanyahu, most social change organizations lack practical knowledge, tools, and experience of working with and not against the government. Shatil is working closely with these organizations and other partners to promote this effort, focusing not just on the new budget, but more broadly on taking advantage of opportunities to influence decision-makers. “We want to help the social change community move quickly to take advantage of these unprecedented openings for tangible change,” said Asaf Goldfarb, director of Shatil’s Center for Policy Change (CPC). This is especially true given the fragility of Israel’s new governing coalition, which holds a slim 61 seat majority and includes parties on opposite political poles.

To jump-start organizations’ advocacy work, on July 25 and August 1 the CPC held full-day trainings entitled Opening for Change. The hybrid training, conducted in Tel Aviv and broadcast live, was attended by over 100 activists. The event highlighted Shatil’s commitment to sustainability, with vegetarian and vegan refreshments and multi-use and recyclable training materials.

Featured speakers included CPC experts, civil society leaders, former politicians and government officials, including directors of the Association for Civil Rights in Israel (ACRI) and Sikkuy – The Association for the Advancement of Civic Equality, former MKs Mickey Rosenthal (Labor), Orly Froman (Blue and White) and Roy Folkman (Kulanu), as well as former director of the Economic Development Authority in Arab Society Aiman Saif, and former director general of the Health Ministry Moshe Bar Siman Tov. The participation of such high-level officials in Opening for Change signals a public acceptance of New Israel Fund unprecedented in recent years. Asaf notes that “We aim to expand NIF’s sphere of influence beyond opposition politics, and the willingness of such a diverse range of speakers to participate demonstrates that the ‘change government’ can already be felt.”

Following the presentations, participants were invited to take part in simulations to help prepare for future meetings with Knesset members and senior government officials. Organizations were glowing in their evaluation of Opening for Change. “I received an outstanding review of government processes from the perspective of decision-makers themselves,” one participant noted. “I now understand the importance of working with professional staff and not only politicians.”

Following the training, another organization has begun working “to enhance understanding of the budget, as well as map officials with whom we can work to advance our goals.” “This is a challenge for us as a small organization,” another related, “but we need to understand the agenda and considerations of government officials. We no longer have to work only with the opposition.”