The following informational report details some of the anti-democratic initiatives and bills promoted in the 20th Knesset, published in October 2018 by the Association for Civil Rights in Israel (ACRI). ACRI is the oldest and largest Israeli civil liberties organization, as well as a long-time partner of the New Israel Fund of Canada.

One of NIFC’s projects with ACRI over the past two years has been “Public Education for Human Rights and Democracy,” through which Israeli teachers learn how to teach democratic principles to their students. In 2018, this project has trained over 500 teachers at the University of Haifa, Tel Aviv University, Al-Qasemi College, Levinsky College of Education, and half a dozen others. This is just one example of how NIFC is making a difference on these issues in Israeli society today.

Below is the contents of this 24-page report and the PDF document in full:

1. Legislation intended to restrict the authority of the Supreme Court

2. Initiatives that restrict other democratic gatekeepers

3. Initiatives related to reforming the work of the Knesset

4. Legislation intended to restrict the actions of human rights organizations and other NGOs

5. Legislation intended to harm the status or the rights of the Arab minority in Israel

6. Legislation that infringes on the freedom of expression and pluralism 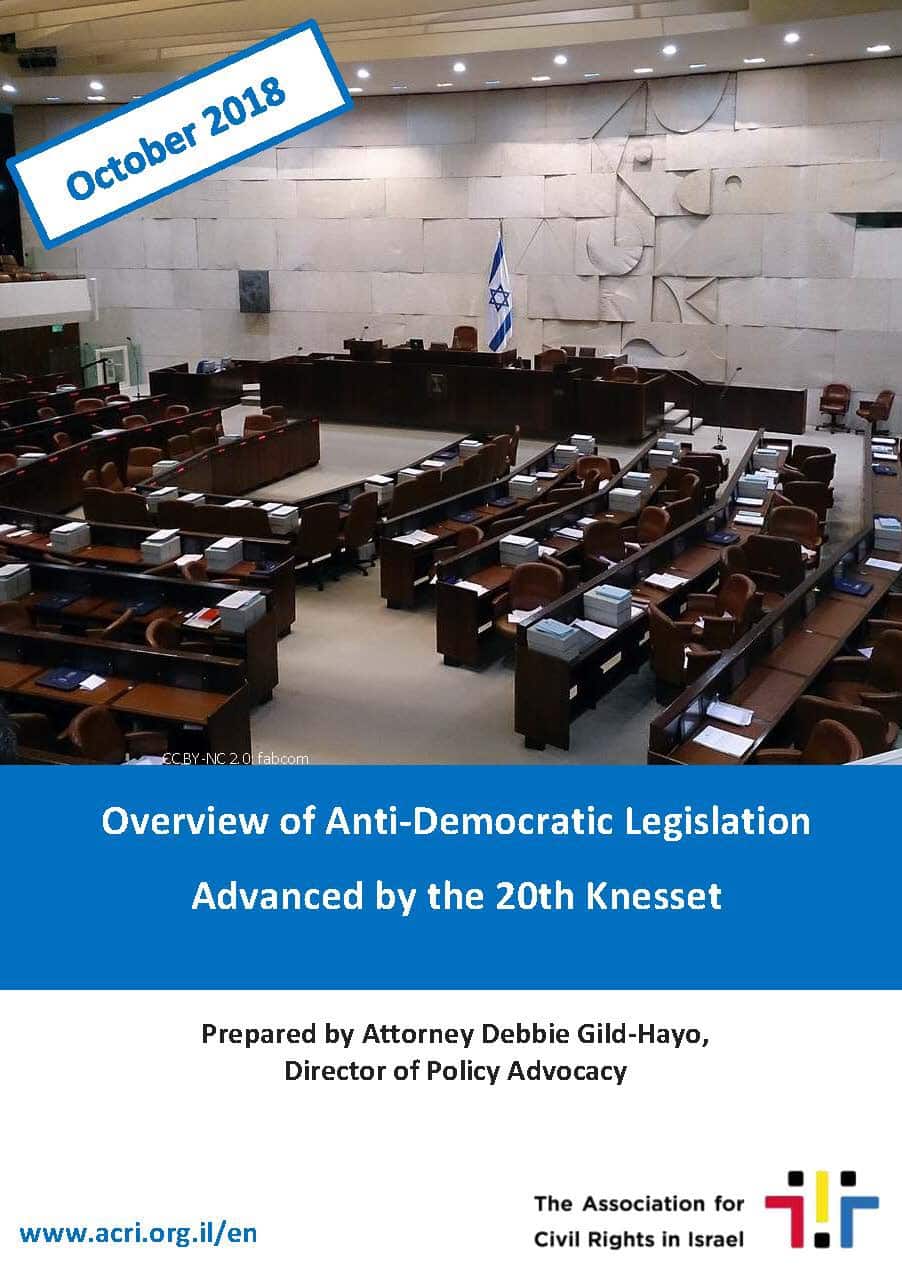