NIFC works to advance a society in Israel that is truly shared among its citizens, and to combating racism and discrimination against minorities all kinds, including non-citizens residing in Israel.

The deepest rift in Israeli society is between Jewish and Palestinian citizens (sometimes called Israeli Arabs). In addition, there are troubling disconnects and enmities between Jewish sectors of the public.

Our strategy focuses on creating shared spaces for Jews and Arabs at the national and local levels, including in the media, and on delegitimizing expressions of racism in the general population and by public figures.

Tag Meir is a coalition comprised of 48 organizations from across the religious-secular spectrum that works to combat “price tag” attacks and hate crimes. Our 2022 project will provide urgent support visits to victims of hate crimes, as well as events that demonstrate solidarity between all types of Israelis.

Shatil is the operating arm of the New Israel Fund that strengthens the forces building a just, democratic and shared society in Israel. Our 2022 project will convene the directors of Israel’s leading shared society organizations and influential activists to collaborate and ensure coordination, in order to strengthen the shared society sector.

The Association for Ethiopian Jews

Fighting Racism against and Promoting Opportunities for the Ethiopian Israeli Community

The Association for Ethiopian Jews combats racism against the Ethiopian community in Israel. Our 2022 project will address police brutality and police profiling towards Ethiopian Israelis, and promote the employment of Ethiopian Israelis in the public and high-tech sectors. 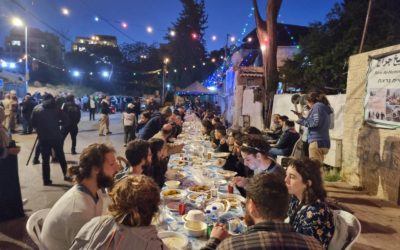 Last week, activists hosted a festive iftar — the traditional Muslim break fast after sunset during Ramadan — and Passover meal in East Jerusalem’s Sheikh Jarrah neighborhood, where eviction orders hang over the heads of many Palestinian residents. Orly Noy, a... 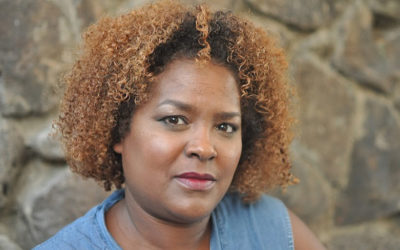 We are so proud of our NIF International Board member Dr. Shula Mola for being named one of Israel’s 50 most influential women in Israel’s leading economic newspaper, Globes. Dr. Mola is one of the most prominent social activists in the Ethiopian Israeli community... 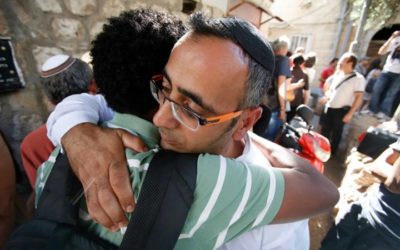 Over the course of one week in March, 11 Israeli citizens were murdered by three Palestinian assailants, two of them Israeli citizens. A fourth attack, in Tel Aviv on April 7, took three more lives. Shatil, NIFC project partners, and organizations funded by the NIF...