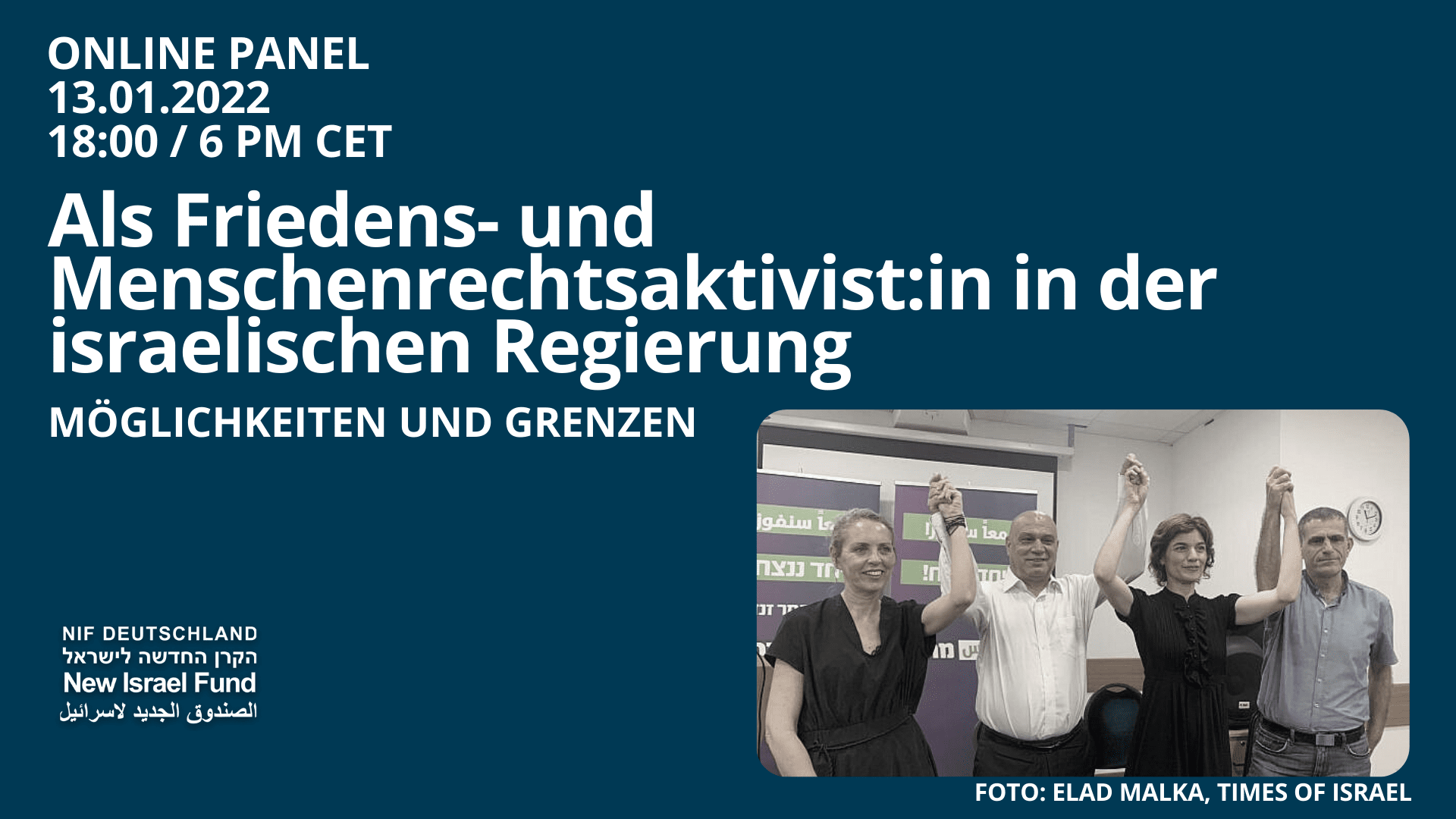 Thursday, January 13, 2022, 12:00 PM Eastern / 90:00 AM Pacific / 6:00 PM GermanyLanguage: EnglishWhere? On Zoom. Click here to register.Since May 2021, after 12 years of governments under Prime Minister Benjamin Netanyahu, a new government has been in office in Israel. It is a politically extremely heterogeneous coalition of eight different parties. In addition to right-wing nationalist parties and parties of the so-called center, two parties of the left-wing political camp, the Labor Party and Meretz, are also represented. The new government has replaced Netanyahu, who was criticized by many for dividing society and being populist, and representatives of Meretz have received three ministerial posts. But the government has also approved new settlement projects, ruled out peace talks with the Palestinians, and, by classifying six Palestinian civil society organizations as “terrorist,” taken a step that not even a Netanyahu government has taken.How do parliamentarians who themselves come from the peace and human rights movements, who oppose the Israeli occupation and advocate for a two-state settlement, live and operate in and with this government? What can they achieve and effect? What perspectives do they see for themselves, for this government, for Israeli society and for the Israeli-Palestinian conflict?